Although we have yet to reach SATA 3 bandwidth max, there will be a number of manufacturers introducing SATA 3 drives in the next few months. Next to actual true to life testing which can take an insurmountable length of time, PCMark Vantage is the only program that can compare any SSD, side by side, regardless of SATA interface or controller in use.

As the makeup of the 256GB and 512GB versions of the M4 are strikingly similar, we already knew that this would play out as a top tier SSD but never expected it to better the 256GB version by just over 2000 points which it did. The M4’s final Vantage point total of 63076 is a great result in confirming that this drive is up there with the best and it wasn’t so long ago that we were demonstrating that even RAID configurations could no longer keep up.  Lets look at this beside the next competitor in line which is the Intel 510 with the same Marvell controller. 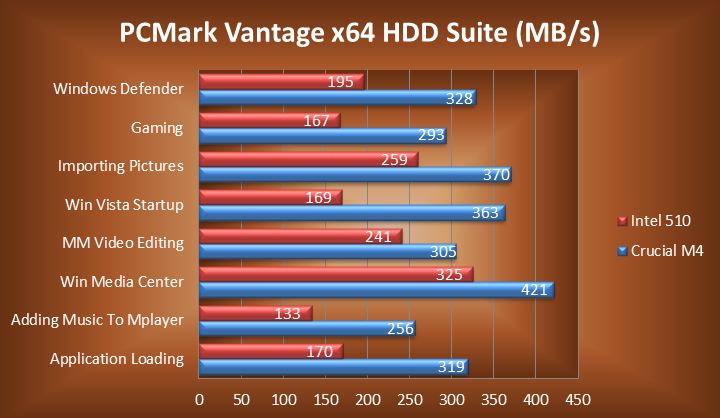 Both SSDs are SATA 6Gbps and both use the Marvell 9174 controller.  We may have even believed that Intel could have taken the lead with their own 3xnm flash to Marvells 2xnm flash but the advantage for on board cache goes to Crucial with 256MB to Intels 128MB.  In the end, both manufacturers had the advantage of selecting from their own ‘in house’ flash but Crucial seems to have really perfected how theirs interacts with the Marvell controller and what they have done with their firmware. 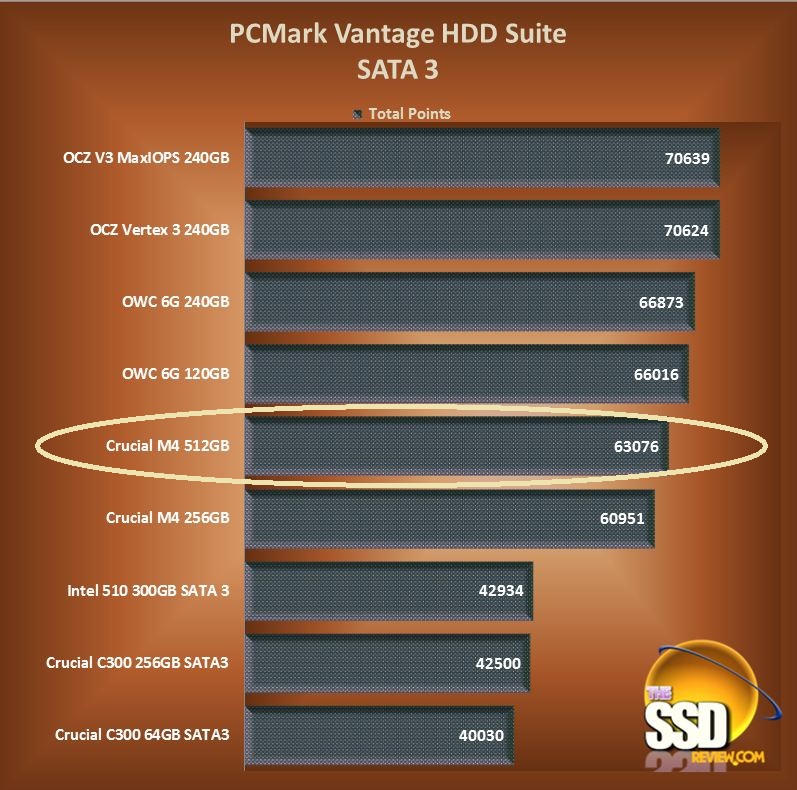