ADATA recently announced availability of their new DashDrive Elite SE720 External SSD and sent one along to us for analysis.  Without stealing the thunder of this entire report, the SE720 is ultrathin, extremely well-built, has LSI SandForce speeds and we were floored at the Amazon pricing we found that brought this external SSD below that of many similar bare 128GB SSDs.  Let’s take a bit of a closer look and see just how well this external SSD is put together. 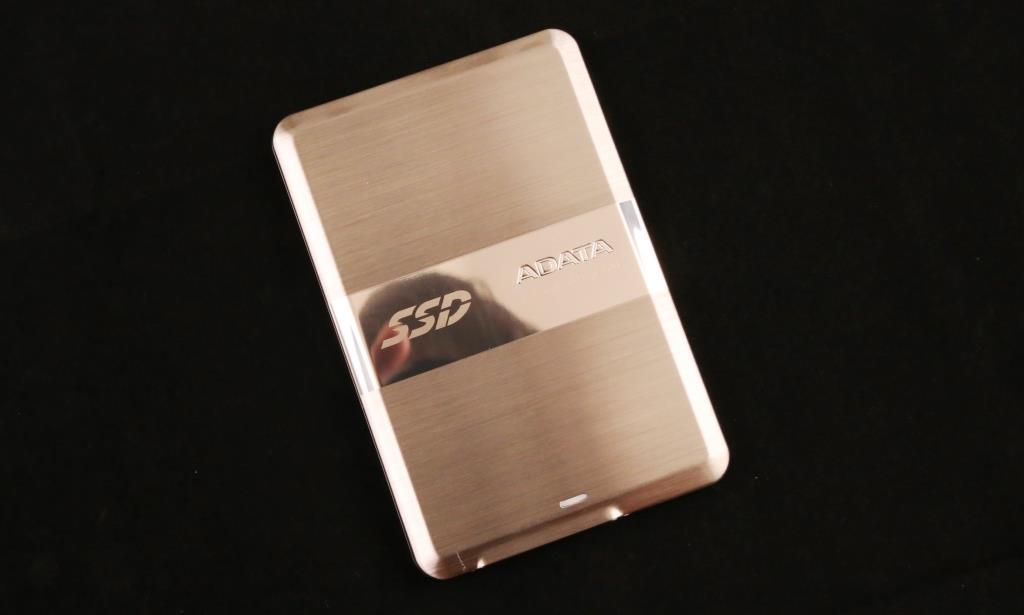 The ADATA DashDrive Elite SE720 is presently available in a 128GB capacity, however rumor has it that it may also be offered in a 256GB capacity eventually.  It is an SSD that connects by way of a USB3.0 connector and its exterior is very well machined and crafted of 9H caliber scratch resistant brushed stainless steel.

Looking at the exterior package, we can see performance listed at 400MB/s read and 300MB/s write, a three year included warranty, as well as free available software to include HDD2Go, OS2Go, and full Windows 8 compatibility.

Included in the packaging is the SE720, a USB3.0 cable, instructions as well as a sheath for the drive itself.  Looking at the front, there is a small light on the bottom that is blue when SSD activity is present.

One might not realize just how thin the SE720 is until we look at the bottom ports.  It is only 8.9 mm thick, has a backup button as well as a USB3 SuperSpeed port.  Data backup is quick and easy once software is installed and the data directory listed.  One can either press the backup button, or if you want to leave this connected to your PC, you can set scheduled backups automatically.

We wouldn’t advise disassembly of the SE720 as it would void your warranty, but also, it is not as simple as most SSDs and damage may result.  Inside we find an SSD that plugs into a USB3 adapter, as well as a small rubber support.

The SSD is actually a typical ADATA SX900 SATA 3 SSD and we can immediately see the LSI SandForce SF-2281 flash storage processor.

Check out the components on our SSD Database.

ADATA chose to use the LSI SandForce SF-2281VB2 (Rev B) controller vice that of which we had seen for some time now.  This controller builds upon the performance of the VB1 with the feature of it being a very low power controller.

On the other side of the SSD are eight modules of Intel’s MLC  synchronous 25nm NAND flash memory, each being 16GB in capacity for a total RAW storage of the advertised 128GB, however, only 119GB is available as the SE720 is formatted and received with software on board.