Curious about how the Ranger-M would do thermally, a torture test was devised. The same components installed in the M were placed in a reference enclosure. Case fans, GPU, and CPU fans run at a static speed, and full CPU and GPU load is generated for 30min. At the end, temps are recorded for each case.

And the Ranger-M does quite well. 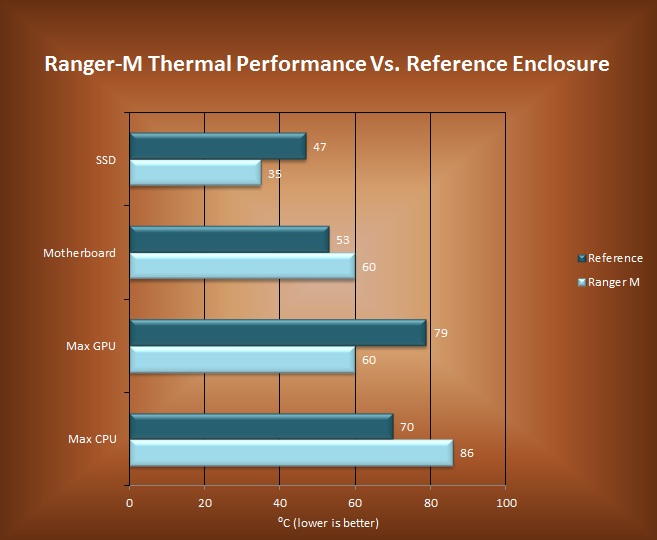 The reference case is designed to optimize CPU cooling at the expense of higher GPU temperatures.  Further, it is also tuned for quiet operation, with two 120mm case fans spinning at a modest 800RPM.

The Ranger-M crushes the reference case in GPU, motherboard, and SSD temperatures.  The 120mm front fan really works well with these mid-range components, and virtually everything benefits.  CPU temps are noticeably higher, but again, the reference system is optimized for CPU cooling.  Had the M been only half an inch wider, a 120mm tower style CPU cooler could have been utilized — when oriented with front-to-back airflow, CPU temps would most likely be excellent.   Unfortunately, the fixed hard drive cage will prevent the use of a 3.5″ HDD with anything but the lowest-of-low profile coolers (which bears repeating — it’s a significant issue).

With the fixed fan speeds and over-clocked components, a lot of heat gets pushed into the case.  The GPU exhausts completely into the case, so temps can get quite high even with a modest mid-range graphics card, especially in smaller enclosures.

There is a renaissance of sorts going on in the budget realm.   Budget cases of today are getting more features and better designs.  At the low end of the market, every additional dollar buys considerably more than ever before.  Which brings up the main issue with the Ranger-M:  its stiffest competition actually comes from Rosewill’s other budget offerings.

For the same price, and occasionally even less, you can get some tool-less touches, coated/painted interiors, and enhanced connectivity options.   If youre willing to give up the diminutive stature of the Ranger-M, a better installation experience and more features are able to be had for the same cash outlay. 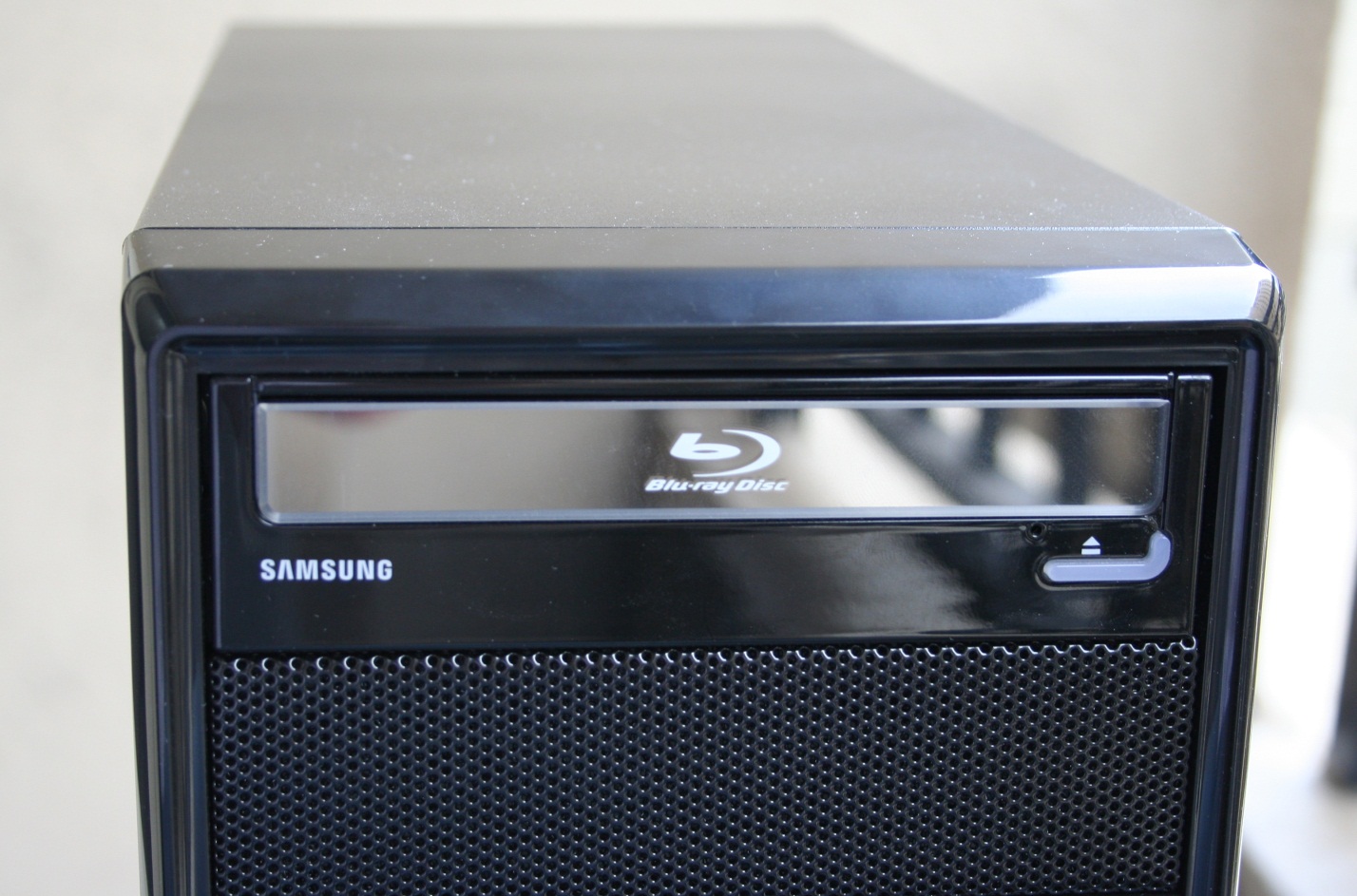 At the time of publication, the Ranger-M is currently retailing for $40. Spending $10 more will get you Rosewills ATX-sized Redbone U3. The U3 sports USB3, eSATA, two 120mm fans, one 120mm LED fan, tool-less drive cages, and more internal space to work in.  So unless you need really need the smaller size, there really isn’t a compelling reason to spring for the Ranger-M over one of the many well-endowed cousins of the Ranger-M.

There is nothing fundamentally wrong with the Ranger-M. The Molex-only fans are an annoyance, and the fixed HDD cage is going to give some users fits, but these aren’t the end of the world. It is inexpensive and has decent thermal performance, but it needs a little more of what makes Rosewills other cases in this price range so attractive — those few thoughtful features that the M just wasn’t graced with.