There was a time not so long ago when data security was a nice-to-have.  It was something thought about after the fact and, in most cases, much too late.  As much as your online security should be front and center in your mind, so should the security of those documents that could cause you irreversible harm if they ever got into the wrong hands.  Tax papers, bank account records, employment history and resumes, passwords and pins, social security and social insurance numbers, medical records; the list can go on forever. Encrypted portable storage is not just for government, police or companies that want to protect business records today; their uses stretch so much further. Introducing the DataLocker DL4 FE Encrypted Portable SSD. 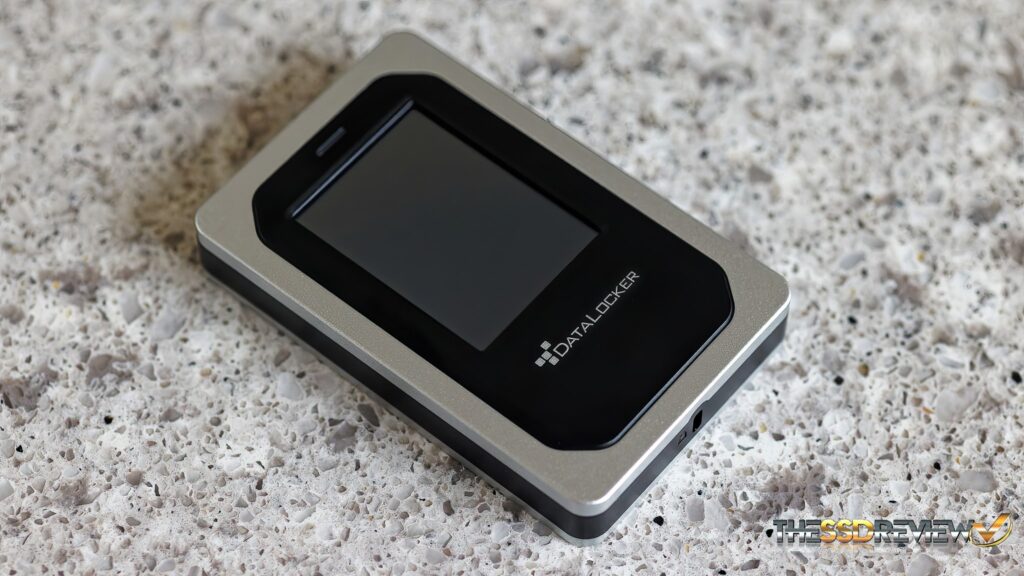 The DataLocker DL4 FE is a USB 3.2 Gen 2 Type-C  portable encrypted hard drive or SSD that is bus powered by your PC which means the same cord used to transfer data powers the device from your PC. It is the easiest to use and most secure platform to store data on today.  We don’t take this statement lightly and only make it having after having reviewed a significant number of similar security devices prior.  Set up… Plug it in. Enter a password and the drive becomes an open logical drive on your PC.  It really doesn’t get much easier than that.

The DataLocker DL4 FE is available now at Amazon and can be purchased in capacities of 1, 2, 4 7.6 and 15.3TB for an SSD, as well as 500GB, 1 and 2TB for a hard drive. Considering that the DataLocker DL4 FE is only 4.8″ x 3″ x .82″, we don’t see how this could incorporate a massive 15TB SSD but it does.  The DL4 FE is MS Windows, Mac OS and Linux compatible, and comes with a 3-year warranty which will not cover loss of data if you forget your password. There is no back door and any loss of data due to such is gone forever.

Security….goes on forever.  The DataLocker DL4 FE is FIPS 140-2 Level 3 certification-pending and has AES 256-bit XTS cryptographic hardware architecture. It has a color touch screen and not simply a soft-touch as we see in phones today. It’s password can be set for a basic eight letter or number sequence, or can be configured for letters, numbers and special characters of a much longer length. Once the initial password has been input, the numbers, letters and special character input screens are randomized from that point forward to prevent surface analysis of fingerprints or guessing a repeated input pattern.

Its construction of the DL4 is that of a solid hardened exterior with internal components hardened and impenetrable as well. Exterior packaging comes with the DL4 FE itself, a nylon soft case, Type-C to Type-C and Type-C to Type-A cables.

The Type-C port is on the top of the device with a Kensington Lock connector on the bottom.  When finished with the DL4 FE, there is a handy ‘Lock and Disconnect’ screen menu and accessing at any time is only a matter of plugging it in and entering your password once again.

As simple as it is, the magic of the DataLocker DL4 FE lies behind its Administration Menu which can be accessed after entering your password by pressing on the ‘Gear’ symbol top right of the touchscreen.  There are so many options for increased security of the DL4 FE that this device easily surpasses just about any competing device on the market today. We cannot cover every option, however, let’s take a quick look at what can be done with just a few quick selections.

The DataLocker DL4 FE can be set for a single user, or a much more complex combination of administrator controlled devices that can be controlled remotely with ‘Safe Console’. At the user level, the DL4 FE can be configured for password complexity and length, how many failed attempts the DL4 FE would require before self destruction, as well as having a password set to destroy the drive permanently if ever forced to open it under duress. This is the DL4 Silent Kill function.

At the Admin level, the DL4 FE ‘Safe Console’ can ensure the device is remotely locked, password changed, erased, rendered unusable and has a ‘Silent Kill’ function that destroys all of the components and data internally. It also enables the administrator to monitor complete disk activity of the DL4 FE along with last location of use.