Gigabyte unveiled it’s newest Ultrabook at the Planet Resellers pavilion of CeBIT 2012 and it seems someone has listened to the consumer for a change.

At up to 3.3lbs and 0.81″ thick, these 14 inch laptops definitely won’t qualify for Intel’s official ultrabook status, however, standard and available hardware make this ultra a showstopper.  It seems that Gigabyte listened to the consumer in their building of the U2442N, as it has everything that we have seen missing in ultrabooks thusfar.

This is a 14″ laptop which makes it a hard qualification as an ultra but it has 1600 x 900 pixel resolution and available Nvidia GeForce GT 640M GPU, with 2GB of video memory. This would make it an ideal laptop for those gamers on the go. 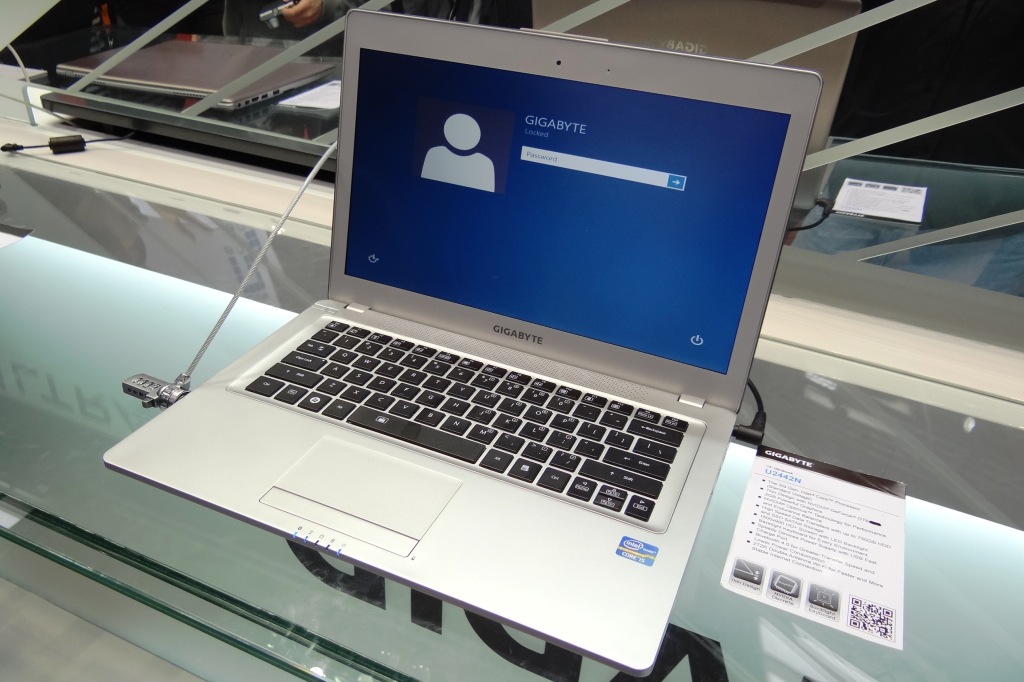 The U2442N systems will be equipped with Intel Core i5 or i7 processors while the U2442V will contain an Intel ULV (ultra low voltage) processor for increased battery life.  All will be capable of housing up to 8GB of memory and we can’t get verification of such but there are documents that suggest that this may house both a mSATA SSD and hard drive.

If this is true, this would be the lightest notebook on the market to do this. Personally, I love the thought that it might be possible to have a system with 2TB hard drive capacity running at SATA 3 speeds with the onboard mSATA SATA 3 SSD is great. This would be an amazing hook up for NVELO Dataplex software.

Other features include USB 3.o, Bluetooth V. 4, backlit keyboard, and also an optional Thunderbolt port which is going to make it’s place in all notebooks soon enough.