Many of us know Western Digital as one of the largest HDD manufacturers in the market and that they have, for the most part, solely relied on HDD storage sales to become the giant they are today. In recent times they’ve adopted flash into their products. This resulted in the current WD Blue SSHD and back in 2014 the WD Black2 drive, which we saw was basically an SSD and HDD slapped together in our review. These, however, are not and were not stand alone SSD products. They still have mechanical parts that are prone to failure and just cannot match the capabilities of a true SSD.

Because SSDs are taking ground in storage sales and, inversely, HDD sales falling quarter after quarter in recent years, WD had to do something more than just infuse NAND with their HDD components to maintain their competitiveness. In late 2015 we learned that their decision on the matter was to simply acquired an SSD company and their target of choice was none other than SanDisk. After months of back and forth discussion and agreements WD finally purchased SanDisk for roughly $16-$19 billion in May. This purchase has allowed them to easily gain precious SSD IP and other related assets, most importantly, access to a NAND supply. Since the acquisition, WD has stayed quiet on the SSD front…until now. Today marks the release of their first full-fledged SSD, the WD Blue SSD. 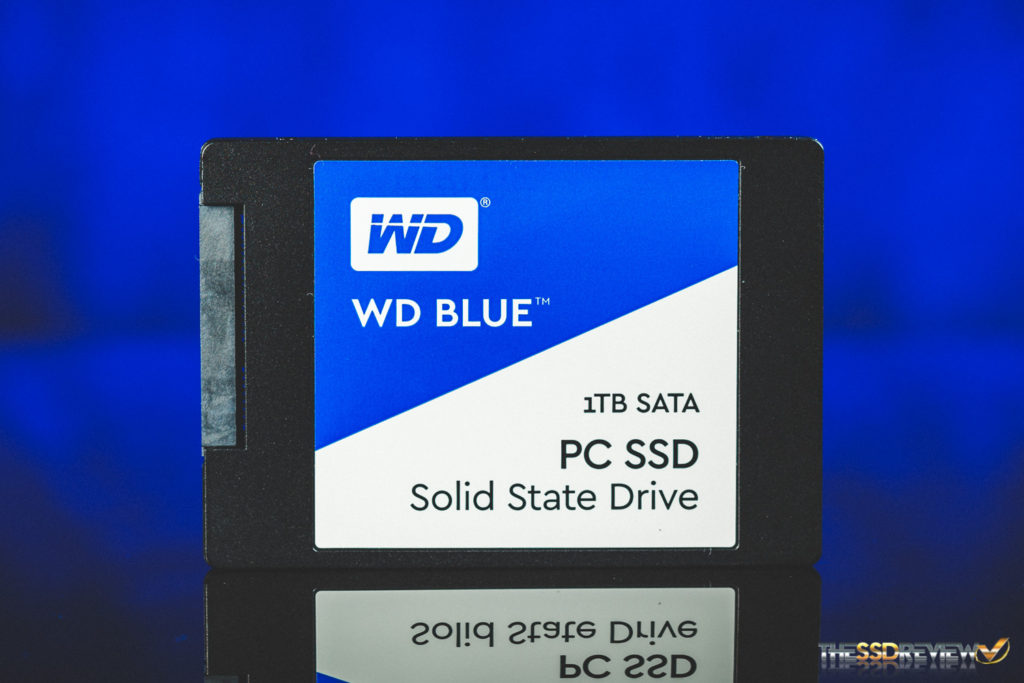 The WD Blue SSD is rated for sequential speeds up to 545MB/s read and 525MB/s write and random speeds of up to 100K/80K read/write IOPs. The endurance ratings for the WD Blue is impressive for a TLC based drive. The 250GB model is rated for 100TB, the 500GB model for 200TB and the 1TB model for 400TB. To top it off, they come with a fairly standard 3-year warranty.

Feature wise, the WD Blue SSD supports SMART, TRIM, DevSleep, NCQ, and secure erase commands. It utilizes a SLC cache technology that boosts the write performance and there is thermal throttling support to prevent damage to the device under heavy use. LDPC ECC and a robust on-the-fly error handling mechanism, powered by a dedicated hardware core that performs progressive error correction, enables the Blue’s high endurance and minimizes the impact on latency and performance and concurrently, keeps the power usage low.

There is also an SSD Dashboard released by WD, which looks to be a re-brand of SanDisk’s SSD Dashboard. With it you can monitor the performance of the SSD, view the SMART data, see the amount of capacity used, monitor the temperature and more.

The packaging of the blue is a simplistic design of blue and white. The blue color obviously goes with name scheme. On the front side is a picture of the SSD, the listed warranty, and capacity. On the backside it lists all the SKUs and such along with a reiteration of the capacity. The form factor and interface is also listed.

The WD Blue SSD is all that is included in the box. It is contained within an anti-static bag and encased in a plastic shell to prevent damage to it during shipping as well. There are stickers on both sides of the SSD. The top side with the WD Blue half blue and white design is plastic while the bottom is a thin metal.

Once disassembled we see that there is a total of 8 NAND packages, a single controller, and two DRAM packages on the single sided PCB. There is also a large single thermal pad that is placed between the components and the case to help distribute and dissipate heat.

The components mirror that of the SanDisk X400 we reviewed from SanDisk. The controller is from Marvell; it is the 88SS1074. The firmware controlling it is home grown from WD themselves. The NAND being utilized is SanDisk’s second generation TLC that is 15nm. Each NAND package is 128GiB in capacity for a total of 1024GiB. Once formatted in Windows the end user has access to 931GB. Finally, the DRAM cache is from Micron and 1GB in capacity.