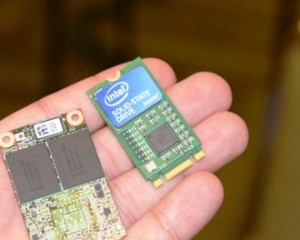 We aren’t quite sure how they do it but VR-Zone has discovered and published the Intel SSD Roadmap once again, revealing that we should be seeing a 530 release, along with new M.2 NGFF form factors released in the very near future.

Remaining with LSI SandForce, the 5Q Roadmap identifies the 530 as being available in both 2.5″ and M.2 form factors, based on 20nm memory & reaching a top capacity of 360GB, with higher capacities to appear down the road.

What is particularly interesting is that there is a brand spanking new 80mm M.2 form factor being introduced above the 530 line and listed as the Pro 1500 series which will be followed by the Pro 2500 upgrade before years end, capacities TBD.  Although listed as SATA 6Gbps, performance of the 1500/2500 series definitely interests us since we revealed the new LSI SandForce solution that was on display with AData at Computex, capable of 1800MB/s read and write performance.

With their breaking news yet again, just one question seems to remain regarding the VR-Zone discovery… Just how does Chinese VR-Zone get their hands on the English copy of the 5Q SSD RoadMap before the rest of the world?  One thing we do know is that the future of SSDs is looking great!