Samsung’s recent release of their 950 Pro M.2 NVMe SSD (Report here) seems to have caught the industry off guard, much as they do at just about the same time every year. Without question, it is the most powerful SSD in the world for its size, and because of its speed, size and great value mix, has stirred the interest of PC enthusiasts and media professionals who want it now. It is a NVMe SSD, found in a typical M.2 PCIe X4 form factor, and because of this many think that it can be a quick upgrade for their present M.2 SSD with exactly the same look. It’s only when they go to complete that upgrade or build their new system that they learn that M.2 NVMe isn’t quite as plug and play as they might have hoped. 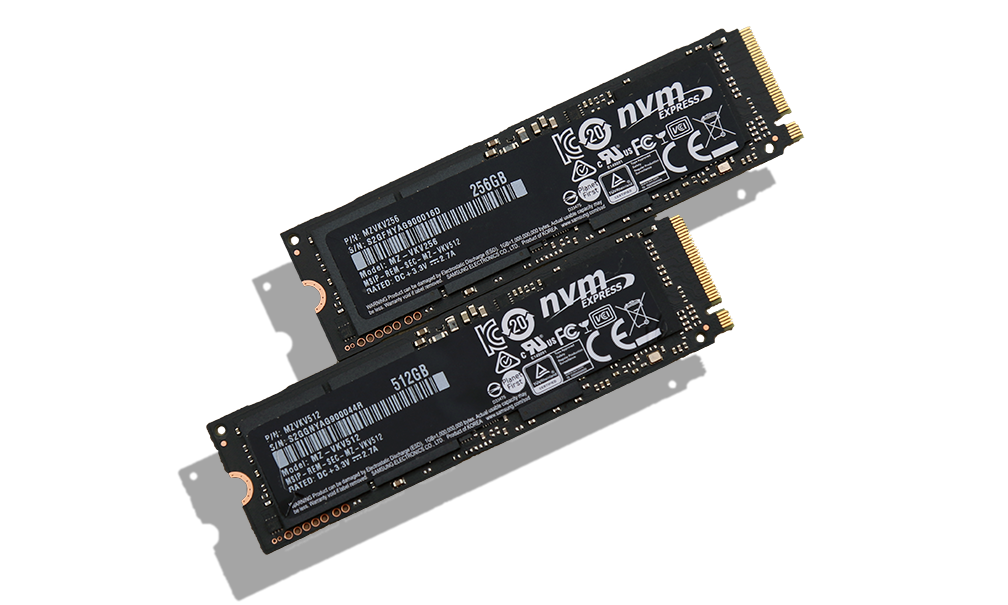 The main concern with M.2 NVMe, and specifically the Samsung 950 Pro as it is the only of its kind available at present, is that many are buying this SSD in hopes that it is a quick and easy upgrade for their present M.2 SSD in their ultrabook. On the other end of the spectrum, enthusiasts are running out and buying motherboards with dual M.2 sockets in hopes of creating an amazing bootable RAID0 config with the Samsung 950 Pro, not realizing that the only way to accomplish this is with Intel RST built right into the UEFI/BIOS. Let’s tackle some of these concerns in this report, explain a bit of NVMe compatibility, build a M.2 NVMe RAID configuration and, just for fun, let’s make it bootable!

For many, the marketing of M.2 SSDs provided a recognition that storage media would include SATA 3 (up to 550MB/s), PCIe X2 (up to 780MB/s) and then PCIe X4 which hit a realistic ceiling of about 1.4GB/s throughput.  Right around this time, most caught wind of the introduction of PCIe 3.0 which opened up the ‘per lane’ throughput of PCIe devices including M.2 which uses PCIe lanes for data travel.

The Advanced Host Controller Interface has been around long enough to have fathered, or maybe grandfathered, some of today’s storage experts.  It was first envisioned as the heart and soul of SATA drives. NVMe was introduced to provide much lower latency, as well as higher IOPS and throughput that we see in today’s flash storage.  NVMe also creates a smoother engine with less parts, meaning that error correction and heat is minimized. To the new retail NVMe SSD owner, this translates to faster data transfer in a cooler system.

In this report, we are running configurations of two and three M.2 NVME SSDs in RAID0 and as the boot drive in our Test Bench. Three M.2’s in RAID…much higher throughput…much higher IOPS…a zero footprint…no heat concerns whatsoever…at 3GB/s read and write speeds with a half million IOPS. Beautiful!

If you are planning on moving your older PC or laptop to the newest Samsung 950 PRO NVMe SSD, let’s slow down just a bit. The new Samsung 950 pro M.2 NVMe is definitely not a simple plug and play upgrade for any other M.2 contained system. NVMe is new and, as such, Windows 10 is the first OS to include driver support. While we understand that NVMe SSDs may ship with an included driver, hardware needs to be considered as well and this is where the Z170 chipset comes in; NVMe has full support and will boot in the right situation. Before our upgrade, we need to ask ourselves if our operating system can support NVMe, if our hardware can support NVMe, and also if our current configuration can support what we intend to buil;d in the case of RAID.