The SSD Review had the opportunity to meet with Robert Pearce, Sr Technical Marketing Specialist of Corsair, this week at Computex Taipei and he had some rather unexpected SSD news to pass on.

It appears that Corsair will be releasing an enthusiast line of SSDs known as the Force 3 GT line right on the heals of their new ‘Sandforce Driven’ Force 3 SSD, the difference between both drives being the use of asynchronous vs synchronous NAND flash memory.

The new GT series sports a ‘race car’ red outer casing and, much like the recent move of OCZ with their IOPS Max version of the Vertex 3, will contain 3xnm NAND flash memory as well as the already famous Sandforce SF-2281 processor to push things along at 555MB/s read and 525MB/s write with 85,000 MaxIOPS.  Its capacities are presently limited to 120 and 240GB versions and we need to give you a heads up, this is an enthusiast SSD and we expect it to be priced as such. 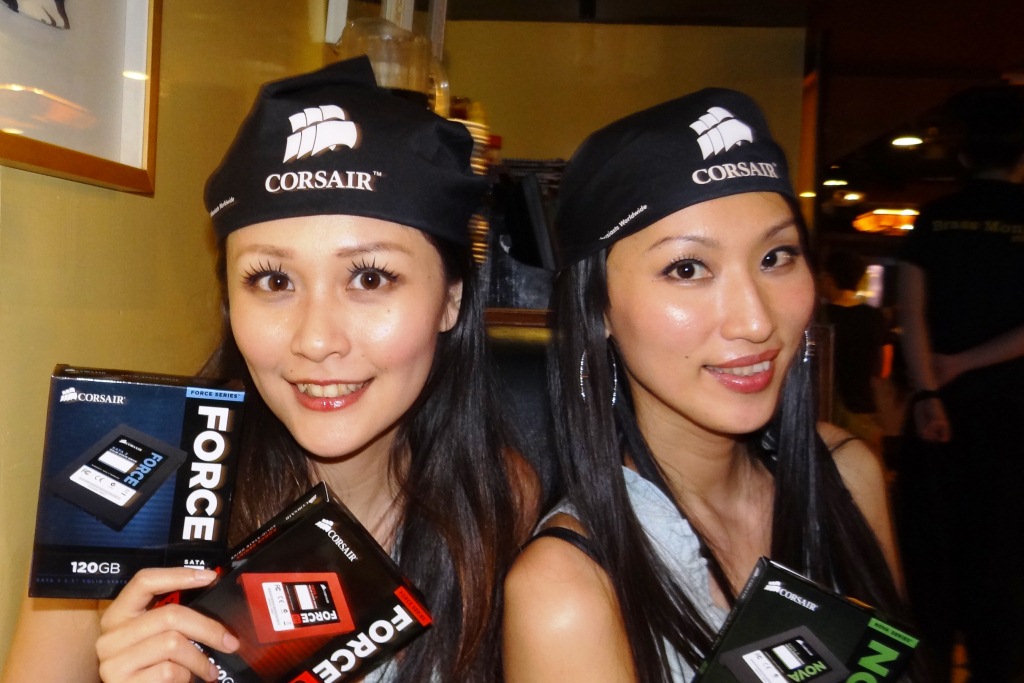 Although performance results between the Force 3 GT and its brother, the ‘SandForce Driven’ Force 3, don’t try show that much of a difference, Corsair is definitely keying in on consumer response that they would prefer 3xnm over 2xnm NAND flash.  The Force 3 specifications are 550MB/s and 520MB/s with 85,000 IOPS at 4k aligned.

The talk of both the Force 3 and Force 3 GT lines, however, is the incredible max IOPS of 85,000 that Corsair has pulled off whereas other manufactrers have yet to reach such.  We spoke to Robert about this and he showed us their test system which displayed ATTO and Crystal benchmark results as well as describing their test bed and 85000 being reached in QD32 of IOMeter 08.  A quick click on the picture will enlarge things for assistance: 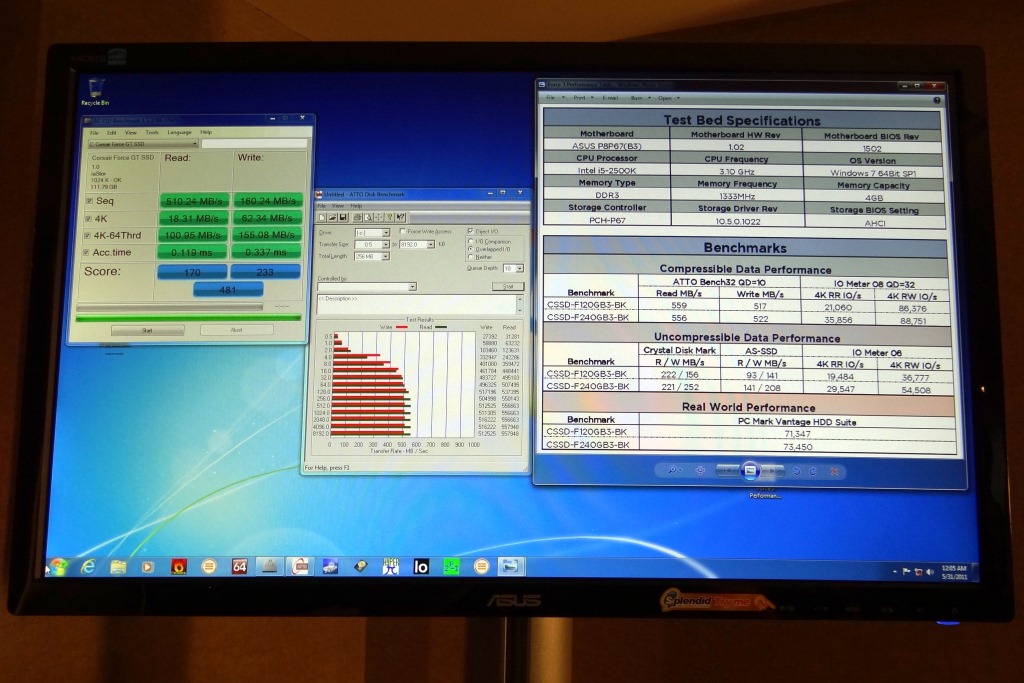