Today we have something very special for SSD of the Week. A new enthusiast class SSD that outshines any of the same form factor PCIe SSDs. By utilizing the new NVMe (Non-Volatile Memory Express) interface, Intel’s 750 series of SSDs are leagues above the current PCIe interface in efficiency and speed. NVMe allows a more direct path to the CPU and allows manufactures a better interface to build on. The Intel 750 is a young cheetah that has just entered the race and yet is already so far ahead. 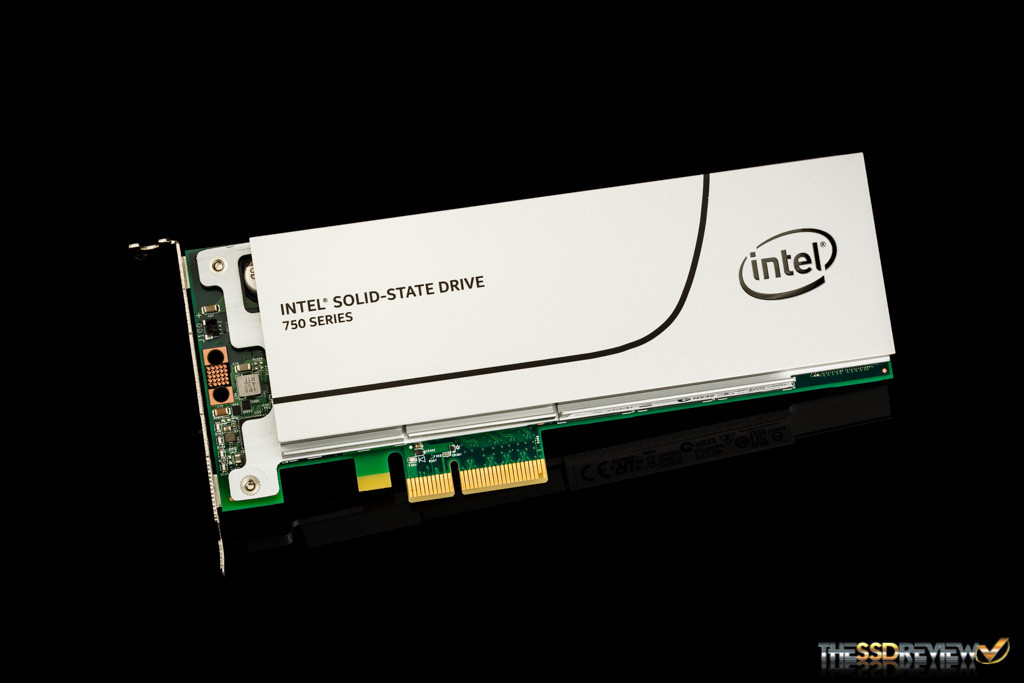 If you took a look at our review of this beast earlier this month, you would see that not only did we achieve the rated speeds, we hit nearly 2.7GB/s read! For the price, this SSD absolutely destroys any of its competition, even though considering the new technology it is rightfully in its own class in the consumer market.

Along with the very impressive specs Intel has bundled an array of features along with this SSD including their updated Intel toolbox. The toolbox has features that include SSD health monitoring, diagnostic scans, a firmware updater, a secure erase function, and a system tuner. Furthermore, the Intel 750 includes your standard TRIM and garbage collection support as well as power-loss protection. Best of all, this SSD is bootable with motherboards with UEFIs that are versions 2.3.1 or newer. Intel has saved hardware encryption for its enterprise class SSDs though. Lastly, the Intel 750 is rated for an endurance up to a maximum of 219TB written and is packaged with a 5-year limited warranty.

Proving even more how amazing this SSD is it even earned our Editor’s choice award. Overall, if you are an enthusiast when it comes to SSDs, this one is a must. Nothing rivals the raw power of this new breed of wild animal that glides across the grass almost frictionless.

Check out the Intel 750 series on Amazon today!