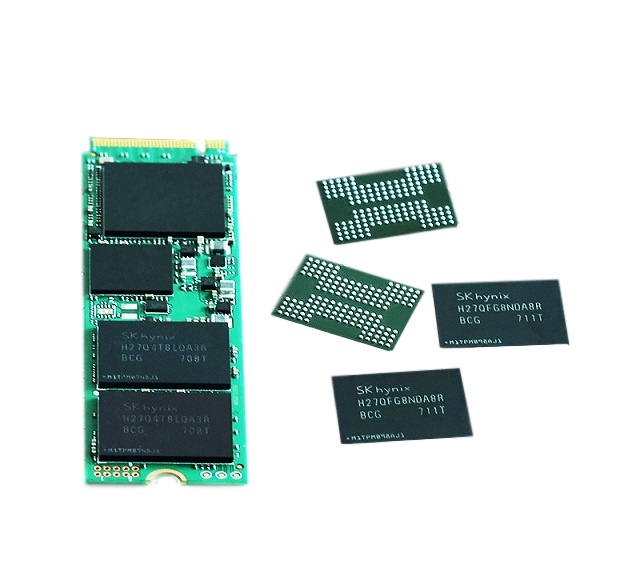 To give you a visualization for comparison, this technological achievement of the difficulty of stacking 72 layers of 256Gb 3D NAND would be figuratively similar to stacking 4 billion 72-storied skyscrapers on a dime.  Utilizing existing mass production facilities, SK Hynix is able to achieve 30% more manufacturing productivity as compared to the preceding 48-layer 3D NAND by stacking 1.5 times more cells. SK Hynix also brings high-speed circuit design to the new 72-layer versions,  which creates internal operation speeds that are twice as fast and read/write performance with a 20% improvement as compared to the preceding 48-layer 3D NAND chips.

SK Hynix is already taking advantage of these improvement to create their own new NAND flash solutions, including solid-state drives (SSDs) and storage for mobile devices such as smart phones.  This will help SK Hynix in solidifying their business presence in these areas.

According to Jong Ho Kim, SK Hynix’s Head of Marketing Division, “With the introduction of this industry’s highest productivity 3D NAND, SK Hynix will mass produce the 256Gb 3D NAND in the second half of this year to provide this to worldwide business clients for optimum use in storage solutions.  The Company plans to extend the usage of the product to SSDs and mobile gadgets such as smart phones to further improve its business structure weighted towards DRAM.”

It is anticipated that 3D NAND demand will rapidly increase in the AI (Artificial Intelligence), cloud storage and big data arenas, driving what SK Hynix is referring to as the “4th industrial revolution. According to market analysts Gartner, NAND flash market revenue is expected to attain $46.5 billion (USD) this year, growing to $56.5 billion (USD) by 2021.