Samsung Electronics Co., Ltd., has recently announced that it has begun mass producing a high-performance, low-powered PCIe M.2 SSD, the SM951. The OEM drive is targeted for ultra-slim notebook PCs and workstations. It is compatible with both PCIe 3.0 and PCIe 2.0 interfaces. On PCIe 2.0 sequential reads can get up to 1,600MB/s and up to 1,350MB/s for writes, around 3x faster than current SATA based drives. When connected via PCIe 3.0 speeds can reach up to 2,150MB/s for read and 1,550MB/s for write. Random 4K read and write speeds can reach up to 130,000 and 85,000 IOPS respectively. 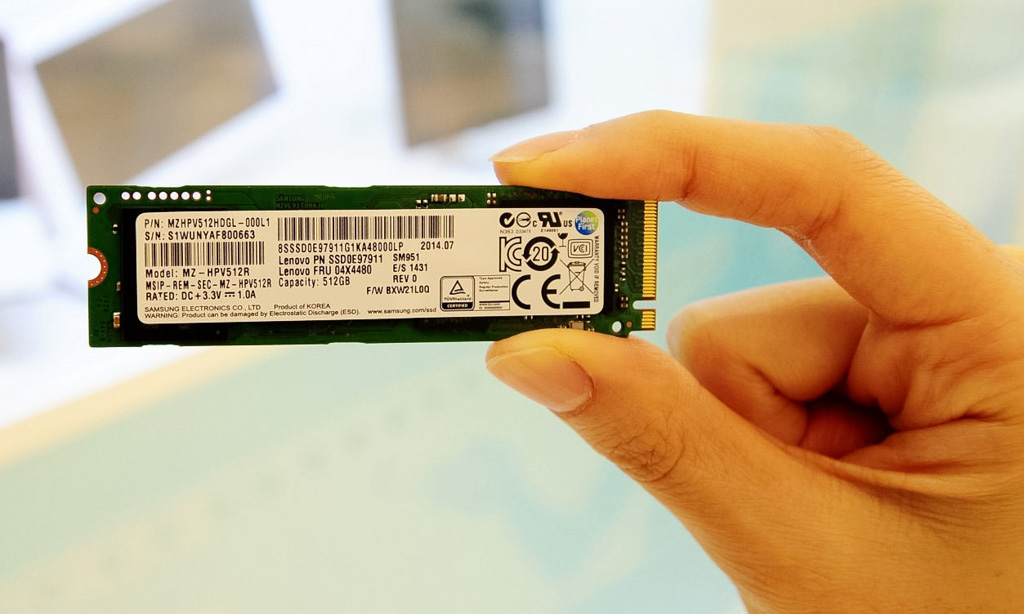 “We are helping to accelerate growth of the ultra-slim notebook PC market with the introduction of this energy-efficient, high-speed PCIe SSD,” said Jeeho Baek, Senior Vice President of Memory Marketing at Samsung Electronics. He added that, “We will continue to introduce next-generation high-density SSDs with improved performance and increased differentiation, as we further strengthen our business competitiveness in global SSD market.”

The SM951 is also the first SSD to adopt the L1.2 low power standby mode, which allows all high-speed circuits to be turned off when a PC is on sleeping or in hibernation. By utilizing the L1.2 level of standby operation, power consumption is drastically reduced – to under 2mW, about a 97 percent decrease from the 50mW consumed using a L1 state.

The SM951 and other Samsung PCIe SSDs will be using 10-nanometer class MLC NAND flash. Samsung will have the SM951 available in different SKU’s for those who need the AHCI interfaces and another for those who need NVMe support. Samsung’s SM951 comes in the 2280 M.2 form factor which is only about one seventh the size of a 2.5 inch SSD and weighs approximately six grams.  The SM951 lineup consists of capacities ranging from 128GB to 512GB.