Samsung has released a major overhaul of their Magician SSD software, bringing the software to version 4.0. One of the biggest boons to owning a Samsung SSD is Samsung’s attention to detail, as evidenced by this extremely useful SSD optimization/tuning and management tool. The last version of the Magician software was 3.2 and supported up to Windows 7. When attempting to install the prior version of Magician software Windows 8 users were presented with a “This is a known incompatible program” message. Besides Windows 8 compatibility, other major changes include three pre-sets under OS Optimization, a Samsung Authentication screen, and a completely revised (and far more attractive) user interface. 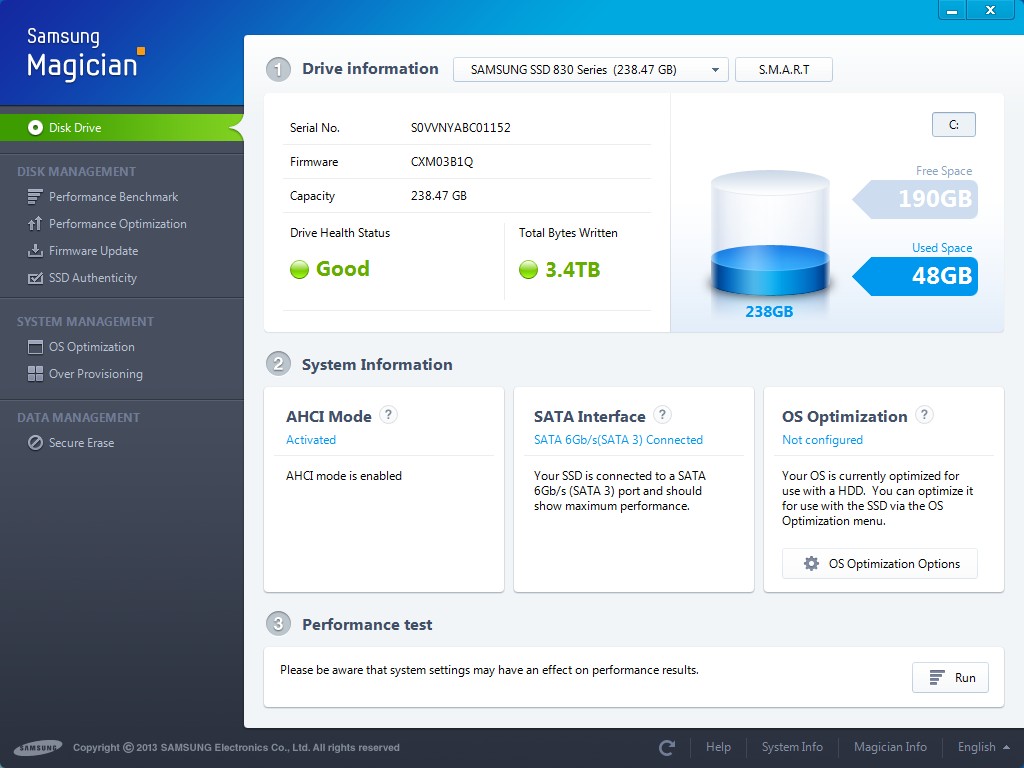 This is the launch screen. The “eye candy” has been turned up and all critical information is in one spot.

This is the OS Optimization screen, and is one of the biggest changes besides the UI. There are now three pre-sets to choose from, eliminating the guess work of OS optimization for Samsung SSDs. If you don’t want to use a pre-set, there is the Advanced tab where you can tweak OS settings manually.

Another addition, although less helpful, is the SSD Authentication screen. This only works for the 840 Series SSDs, however.

The summary of changes in Samsung Magician ver 4.0 directly from Samsung’s website: