Researchers at the University of California, San Diego (UCSD), have announced that SSDs only have about a decade of life left before they become impractical from a functional standpoint. The researchers have stated that as flash memory shrinks, read and write latency, not to mention cumulative bit errors increase.

Apparently, one of the team members wrote a paper which asserted that the future of SSDs looks “cloudy”, due to problems associated with using finer manufacturing processes.

The thing is, this isn’t really breaking news, as the industry has known about this issue for quite some time now. Indeed, this is precisely the reason why multiple major players in the field have been developing new technologies to replace flash when it does inevitably run out of steam.

One of these potential successors, MRAM, has actually been around for quite some time now, but has had the disadvantage of being relegated to older fab processes and hasn’t really gotten as much attention as it probably should have, until recently that is. Newer developments such as Spin-Transfer Torque MRAM and perpendicular magnetic domains have allowed densities that are an order of magnitude greater than what is possible with conventional MRAM products.

HDDs have actually been using perpendicular recording, which is similar in concept, for quite some time now and are indicative that this technique should make MRAM a viable option well into the future. Add to that the fact that MRAM performs similarly to SRAM, and it’s easy to see that this potential replacement is ripe for the market when flash finally does give up the ghost. With NAND no longer an option, I’m sure fabs will be able to find some extra room on those freshly vacated state of the art lithography lines.

Another alternative would have to be memristors, which are actually the fourth fundamental passive electronic component, complementing resistors, capacitors and inductors. It’s true, HP has stated that memristors (in the form of ReRAM) have the ability to replace all memory types and even have the potential to supplant transistors as the basic building block of the logic that is foundational to modern computing. Having such a wide range of capabilities, I think, at the very least, they will be up to the task of serving as the main component of future post-Flash SSDs, offering lower power consumption and higher performance to boot. 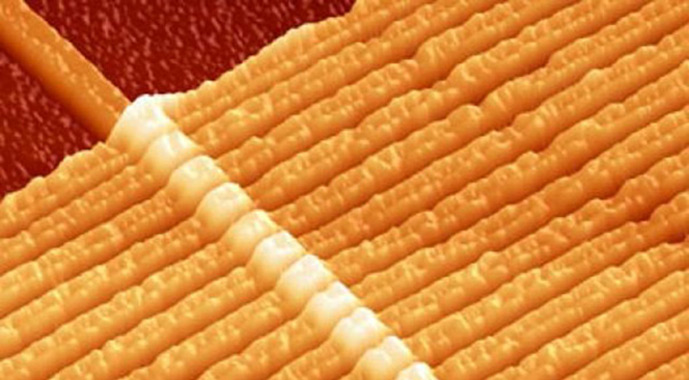 These aren’t the only two options either, (though they do seem to be the front-runners by a significant margin) other contenders include Racetrack Memory, Nano-RAM (NRAM), and programmable metallization cell (PMC) memory, all of which seem likely candidates to replace flash when the industry deems it necessary.

My point is that SSDs aren’t likely in any danger of going the way of the Dodo, now or in the future. The industry has known about flash’s limited shelf life for quite some time and has been diligently pursuing new paths in search of a replacement. To those who want to reiterate that flash will be approaching the end of its useful lifespan in the next decade or so, my answer will have to be a succinct, if perhaps a little bit surly ‘DUH!’

Oh well, I suppose the real proof will come in the form of SSDs that are even faster and approaching the densities of magnetic storage. In all honesty I can’t say I’ll be surprised if and when such a scenario comes to fruition, and I can’t imagine anyone reading this will be either.

In the meantime, I’ll be enjoying the blistering speed of my crochety, borderline obsolescent NAND based SSDs, patiently awaiting my deliverance from this high speed ghetto. Joking aside, it’s hard to imagine how anyone could view the future of SSDs as anything but positive. With a veritable cornucopia of future options available to the industry, the only realistic direction, in my opinion, appears to be ‘up’. In any case, see you on the other side.