Renice Technology, well known for their line of high performance SSDs, has announced the release of their X3 50mm mSATA (MO-300B) SSD in a 240GB form factor.

The new product will be available in 240 GB capacities, in addition to the 25GB, 60GB and 120GB variants already on offer.

An interesting thing about this release is the apparent proliferation of higher density flash. Indeed, the use of higher density flash chips has been frowned upon in recent times, and it’s nice to see that manufacturers are able to use them to positive effect. This development also paints a pretty picture for the consumer market, which will no doubt welcome the introduction of SSDs with increasingly colossal capacities.

Another area of the industry which stands to benefit from this development is the fledgling Ultrabook market, which has been making some strong impressions recently. Even Apple, who’s mighty Macbook Air is seen by many as the archetypical example of what an Ultrabook should be, isn’t unaffected by what is most definitely the massive potential of this incipient new industry. This is exemplified by the many predictions of a coming legal battle, catalyzed by Apple’s recently awarded MacBook Air patents. Now that’s what I call potential! 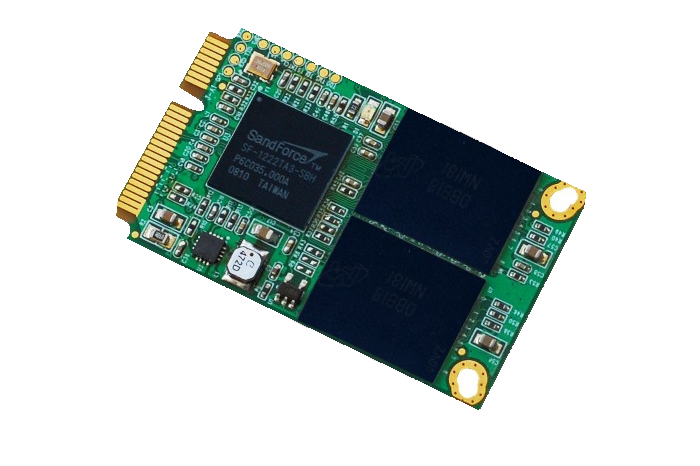 One additional arena of interest for these miniature morsels of MLC would have to be the space industry, which surely stands to see some of the greatest benefit from this kind of bite sized storage. It’s true that when every square millimeter counts, tiny really is the term on everyone’s mind. With the mSATA form factor, engineers now have an immense amount of flexibility when it comes to designing the means of transportation to Mars or one of its ominous moons, and should have all the storage capacity necessary in order to preserve any revelatory scientific data. The introduction of a 240GB variant simply acts as a ‘booster’ to an already ‘stellar’ SSD subtype.

In general, the mSATA form factor is quite distinctive when it comes to versatility. From Ultrabooks to the unlimited vacuum of the cosmos, it seems there’s no situation these diminutive little drives can’t handle. With any luck, the higher density flash will trickle down to full size consumer models, making capacities of 1TB and above par for the course. If manufacturers can avoid a mulligan by keeping prices down, potential buyers will gladly back this veritable birdie with their ever gratifying greenbacks.

I know I’d be willing to show some ‘green’!

See Press Release On Next Page……..