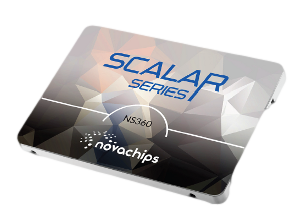 Both the Scalar-Series and Express-Series of SSDs feature Novachips’ own Hyperlink interface technology that utilizes a serial, point-to-point, daisy-chain ring topology that can connect up to 255 HLNAND devices on a single channel. This enables maintaining maximum channel speed of up to 800MT/s in HLNAND2 regardless of the number of devices connected to the channel. Hyperlink SSD (HLSSD) is a technology that is redefining flash storage solutions via capacity, performance, efficiency and form.