FADU Inc., a storage startup that is developing NVMe solutions, is making its debut at Flash Memory Summit 2016 in Santa Clara, CA, from 8/9 through 8/11.  At the Santa Clara Convention Center FADU will be exhibiting their first NVMe SSD product, dubbed the FREE™ EC800F, at booth #715.  FADU will also be delivering an interesting presentation on their disruptive SSD controller technology at forum A-22. 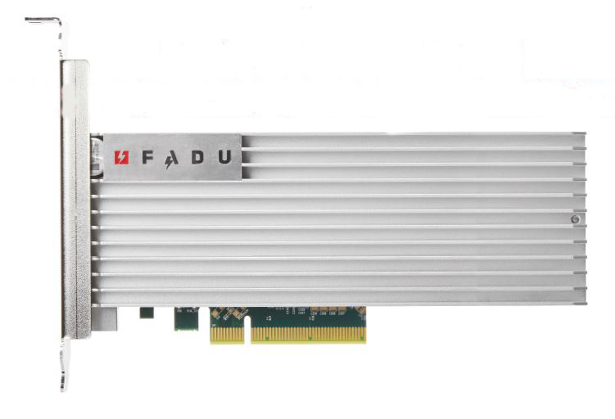 FREE is FADU’s acronym for “Fast”, “Random Access”, “Energy efficiency” and “Economics”, and these values are what FADU aims to deliver with its products.  The EC800F, FADU’s first offering in their FREE™ series, is a top performing NVMe SSD, providing up to 5.0GB/s of both sequential read and sequential write speeds via the PCIe 3.0 x8 connection.  Random read speeds are stated as over 1,100,000 IOPS, with sustained random 4K write speeds of up to 500,000 IOPS.

FADU’s brochure indicates that they are planning additional products in additional form factors, so stop and see them at FMS2016, booth #715; and their new controller architecture is explained in detail at forum A-22.  Stay tuned for further developments from Flash Memory Summit 2016.