We ran acrost something rather unexpected at the Dane-Elec booth as they showcased their first entries into the consumer SSD space, one in which contained a SATA 2 controller that hasn’t been seen in many mainstream SSDs to date.

Displaying both SATA 2 and SATA 3 SSDs, the test results of their SATA 3 drives were reflective of the LSI SandForce SF-2281 controller while the SATA 2 SSDs contained the SMI 2242 SATA 2 controller.  Their enthusiasm in showing us their performance results was also a great start.

On display below, we see their SATA 3 Enthusiast-Class E-Series SSD along with the SATA 2 mainstream C-Series SSD. 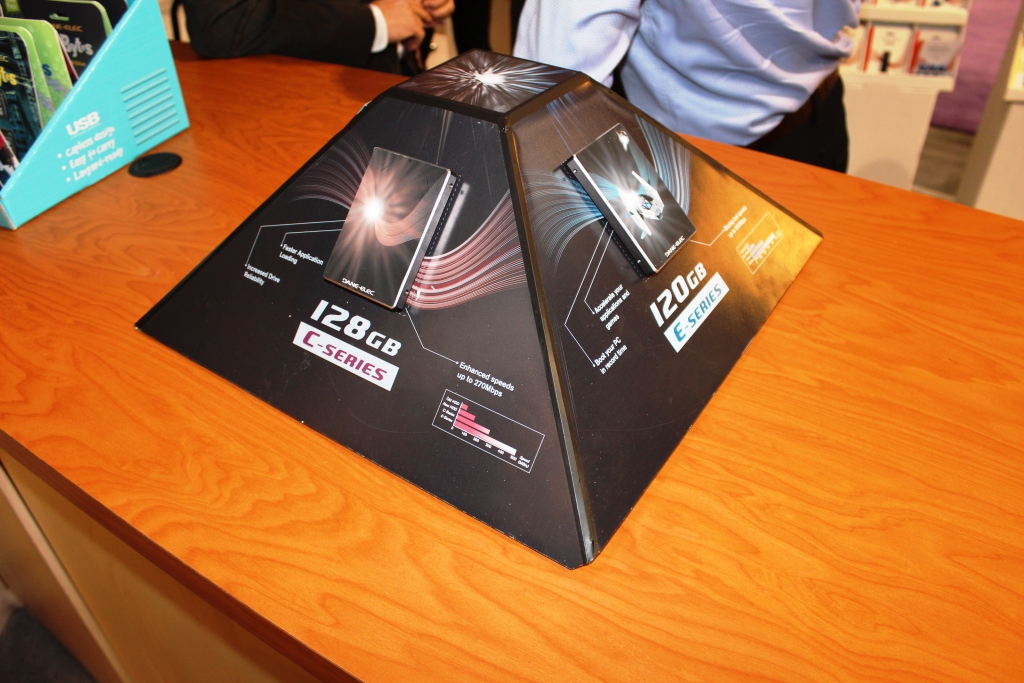 The E-Series is the enthusiast  SSD and sports an SF-2281 controller which brings along some great performance with it. Here are a few cursory benchmarks with both ATTO Disk Benchmark and Crystal Diskmark. 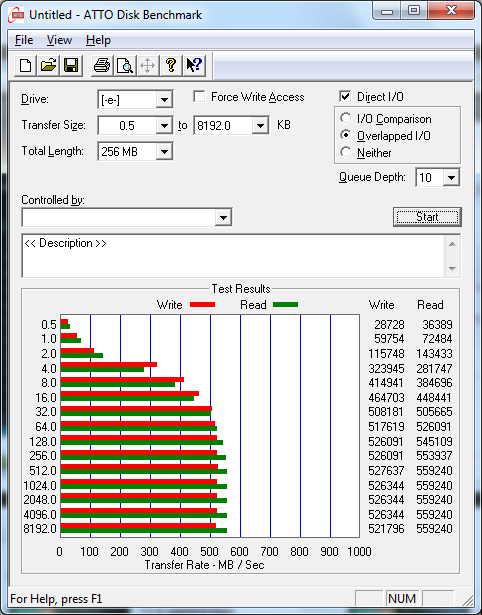 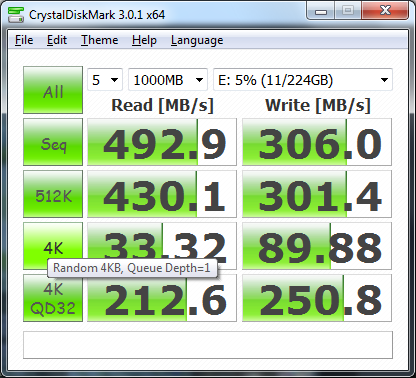 The C-Series utilizes an SMI2244 SATA 2 controller. This controller is all about performance for the casual user. With the latency of the device being far more important than the maximum sequential speeds, and the price being an extremely important consideration, the perfect mix is extremely important. From the looks of it Dane-Elec is hitting the sweet spot between unneeded performance, and great price points. 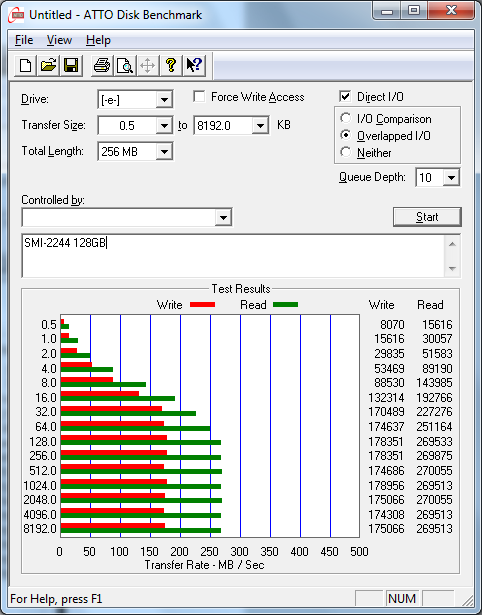 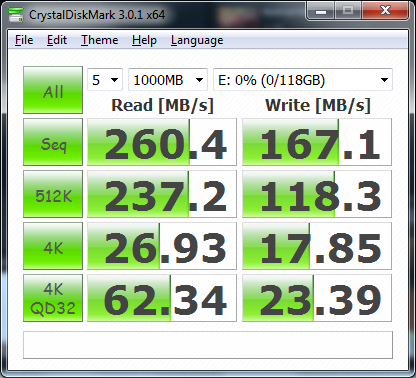