BitMicro Networks, well known for their industrial and military class SSD products, has announced the successful tape out of their new TALINO-DE SSD controller. Aimed squarely at the enterprise and government sectors, the TALINO-DE will enable SSD capacities of up to 5 TB.

The controller will include standard I/O cores in order to provide multiple interfaces such as SATA, PCIe and SAS and will support ONFi and Toggle Mode in conjunction with SLC, MLC and eMLC flash. Legacy SLC flash will also be supported.

When it comes to performance, BitMicro didn’t have much to say about performance except that their new silicon will be able provide more than 400,000 4k IOPS; modest numbers I know. In all seriousness though, this is one heavy duty controller and is going to be available in real products, such as BitMicro’s E-Disk line, very soon.

Unfortunately for us, this new controller is being aimed solely at big business and government applications, and you won’t be finding this beast in the latest OCZ or Corsair SSD. That’s actually fine, however, as such a drive would likely be hopelessly out of the price range of your average consumer with no number of mail in rebates or promo codes coming close to making it affordable. 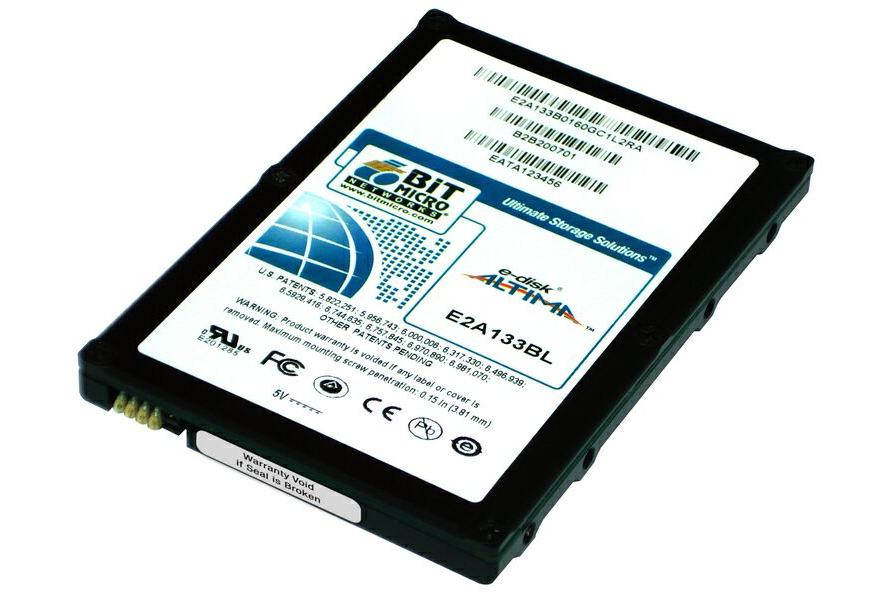 In any case it’s certainly nice to see a brand new SSD controller released, even if it isn’t aimed at consumer drives. I do believe, however, that many potential buyers and enthusiasts would be very receptive to the idea of another player entering the consumer SSD controller game, especially one with strong enterprise roots.

Who knows, maybe one day when we’re using an interface designed specifically for SSDs instead of mechanical drives, and six figure IOPS numbers seem passÃ©, BitMicro will be a household name for gamers and enthusiasts who are trying to figure out what to do with that 10TB of solid state storage they just bought from Newegg during a Black Friday sale.

I can dream can’t I? Luckily, with the rate which the SSD industry is progressing, the dream may become a reality sooner than many people think. Just make sure you fill out those rebate forms correctly!

See Press Release On Next Page……….