AVEXIR Technologies Corp., a Taiwanese producer of memory products that feature “breathing” LEDs and/or plasma tube technology, is announcing its entry into the SSD arena with its new S100 series of solid state drives (SSDs). AVEXIR’s breathing LED light effect was showcased at Computex 2015 in Taipei earlier this year, and now some three months later, after subsequent modifications, tweaking and improvements, the S100 series is ready for prime time.

AVEXIR’s classic Core Series of RAM modules with breathing LED lighting effect has proven quite successful, and AVEXIR is now incorporating that breathing LED lighting effect into the new S100 SSD series. The proprietary LED lighting guide design ensures even lighting throughout the SSD, and creates a perfect rhythm effect in your PC for a premium visual experience. The aggressive casing design, utilizing multiple layers of high-quality materials, along with a unique curved design provides quite a new hardware experience. 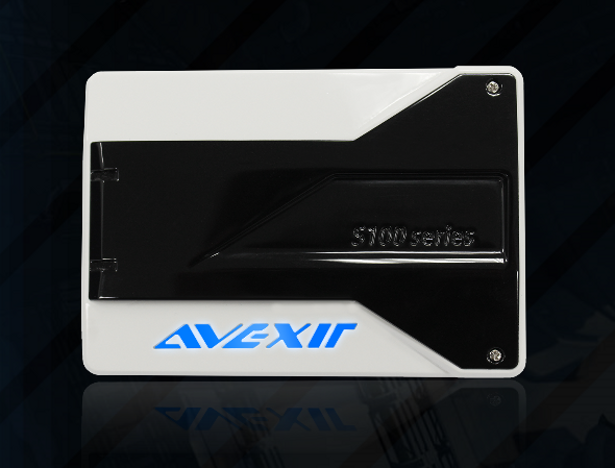 All AVEXIR S100 series SSDs will include both a SATA data cable and a 3.5” adapter bracket. AVEXIR is backing the S100 series with a three-year warranty. Pricing and availability are not yet announced. You can view the AVEXIR press release announcing the S100 series in its entirety here.