We happened upon an odd display while touring the Seagate Suite at the Vdara Hotel in Las Vegas, as part of CES 2015 this week.  Displayed below is what appears to be an ADATA SSD that contains the typical MacBook MBA/MBP SSD connector, along with a LSI SandForce controller that is definitely not the newest SF3700. 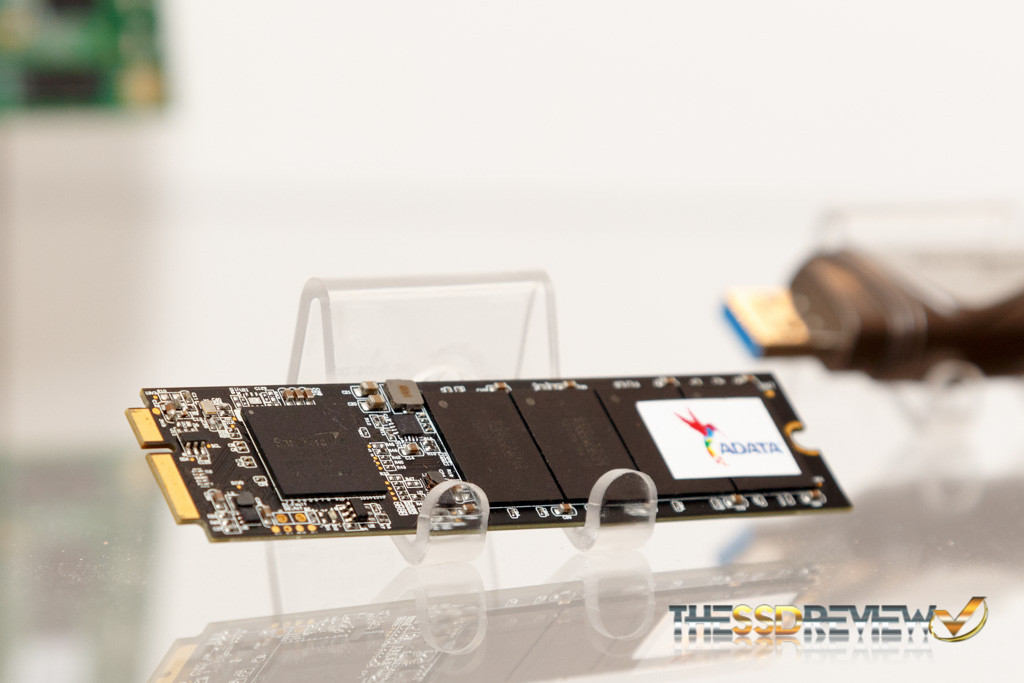 As odd as we figured this might be void of that SF3700 controller, we weren’t the only surprised of its place within the display when brought to the attention of Seagate.  The picture seems to portray that OWC just may have competition in the Apple SSD replacement field in the near future.  Worse yet, nobody would speak of the SSD at all, leaving the possibility of this being a ‘red herring’ in the world of SSDs.

We though we would bring this to the attention of ADATA during our briefing this morning, when the room became suddenly quiet at our mention.  ADATA made it very clear that they weren’t prepared to discuss this product, or any similar at this time, but we might think that Apple users looking for replacement SSDs just might have another avenue for search in the near future.