Our first presentation of the day at Storage Visions 2016 brings us to Rob Peglar, VP of Advanced Storage at Micron Technologies, who discusses what he believes to be the new approaches in storage. 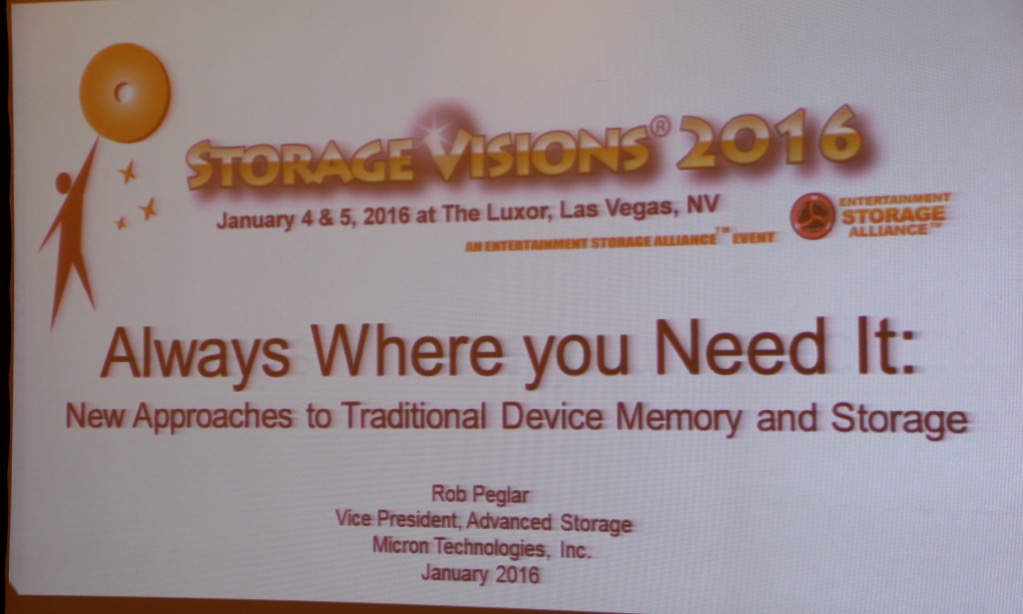 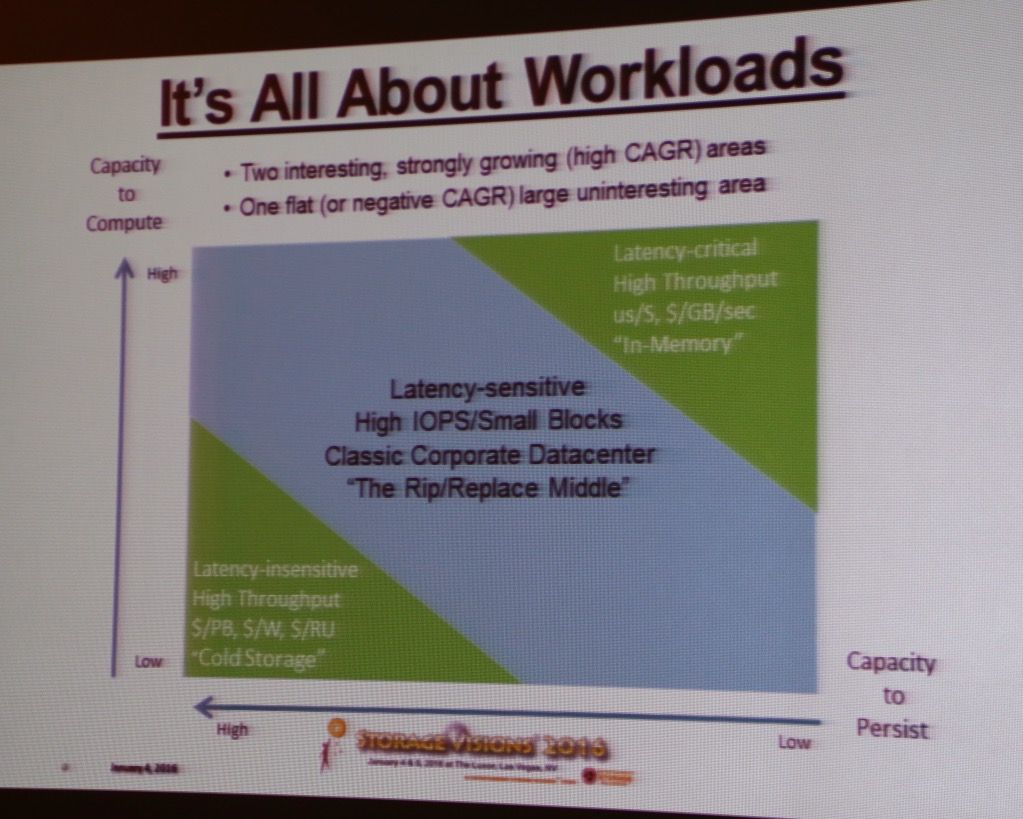 Much of Rob’s discussion included the rapid adoption of NVMe and 3D NAND. An ever-increasing trend that will bring about the ‘start to the end’ of many current storage commodities, such as planar NAND. Thinking of workloads, and the market demands, Rob shows us that there are really three main workload markets, an uninteresting latency-sensitive/high-IOPS area, the latency-insensitive/high-throughout market, and the latency-sensitive and high-throughput market. 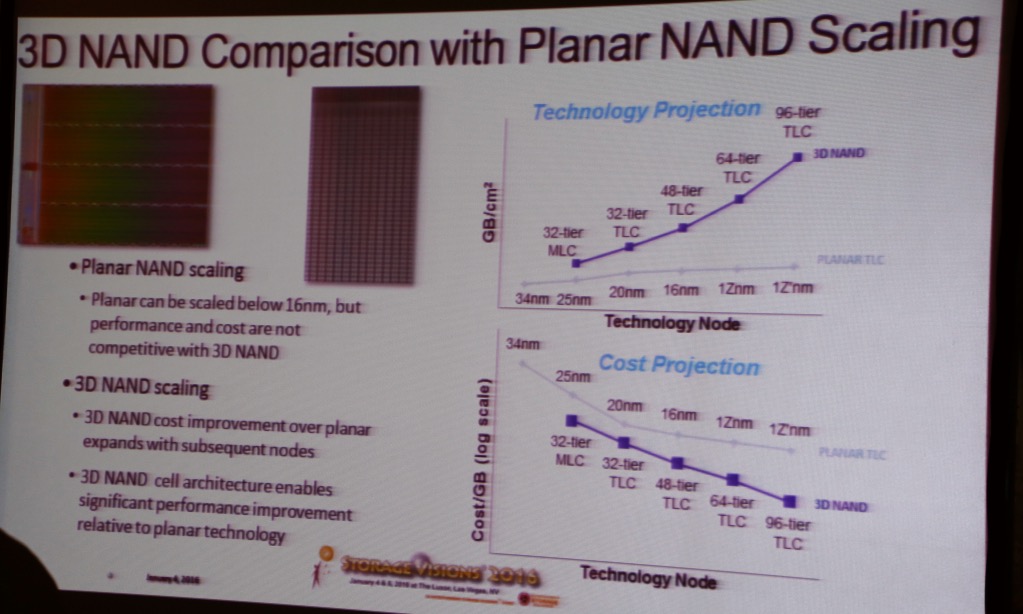 Rob also demonstrates the projections of 3D NAND as compared to Planar NAND. This companies technology projection as well as cost comparison, as seen in the image below. There is an obvious trend that planar NAND is coming to a plateau in both projections. Interestingly enough is the comparison between the 25mm planar NAND construction is compared to 32-Tier MLC 3D NAND. 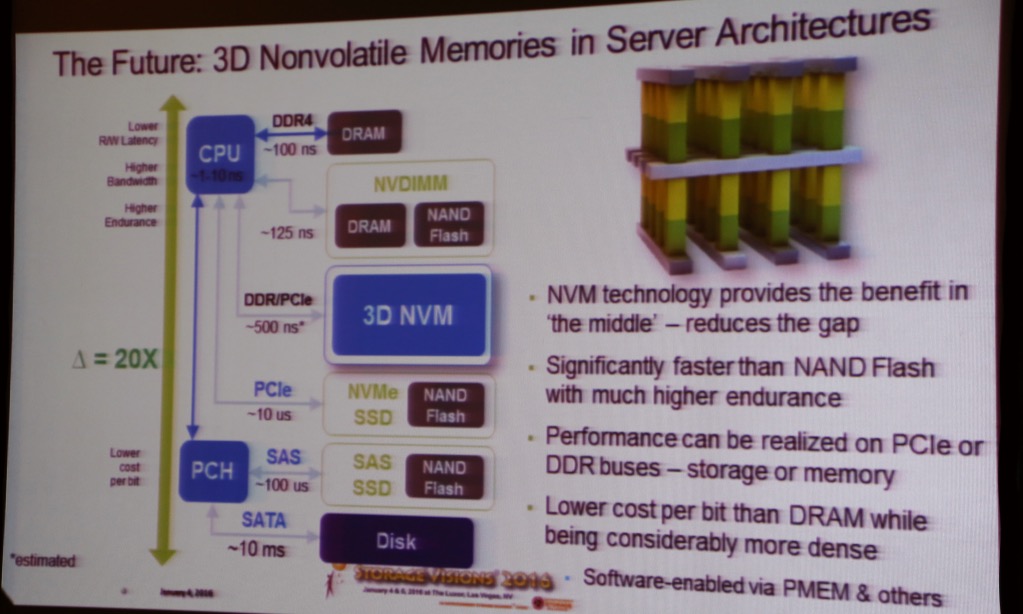 He also goes onto to speculate the future in server architectures in which they incorporate 3D Nonvolatile memory. This is much in thanks to 3D NAND, this bridges the gap between non-volatile DIMM and NVMe SSD solutions.

Stay tuned for more coverage from Storage Visions 2016 and the Consumer Electronics Show 2016.