Ah, the holiday season is coming to a close. The gifts have been bought and distributed, and you find yourself with extra cash leftover.

You want to put this money towards upgrading your computer, but cannot decide what to upgrade.  My answer to this conundrum, as it is for many others, is to invest in a solid state drive.

As chance may have it, in fact, our report today will focus on the newly released Seagate Momentus XT 750GB Hybrid SSD which just might be a great place to start.

SSD’s and hard drives, in general, are the least dependent part(s) of a computer system.  They can function using hardware spanning from a decade old, or brand-spanking new. An i7-2700k cannot utilize an 1156 socket just as a GTX 580 cannot perform with a total power output of 300W. An SSD/HDD however, does not need balanced hardware to function properly. They encompass a broad spectrum of compatibility, only needing an interface connection and power. 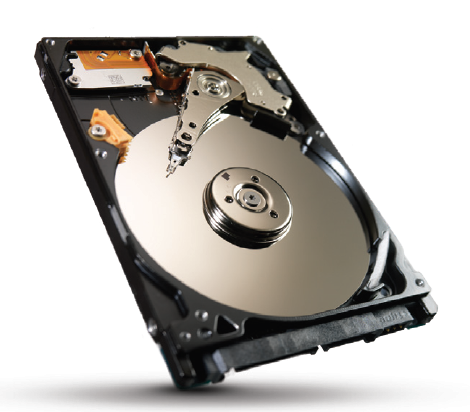 The main form of resistance one typically finds when getting someone to buy an SSD is the cost factor. $500 for 240Gb does not sound very appealing when at one point you could get 4.5 times that amount for a mere 7 times less the cost.

They just cannot get over the basic logical thinking of Why pay more for less?, and no one can blame them because it makes sense.

It is inevitably the initial thought process that comes when contemplating whether to make the dive into SSD’s, and speaking from experience, it is a tough pill to swallow…until your jaw drops when programs load in less than a blink of an eye.

Conversely, there is still the problem of capacity, and once the novelty of an SSD starts wearing out, storage will become an ever-present reality, and going back full circle, capacity will ultimately reign supreme on the priority list of what consumers want in a drive.

To solve this issue, Seagate took the initiative and tried their hand in a new direction to please both crowds: those who want space, and those who want SSD-like speeds. Seagate took both concepts and released the first hybrid drive, called the Seagate Momentus:

Part hard drive, part SSD, the first iteration of Momentus drives were a big success, leading to the creation of Gen-2 Momentus XT drives, the 750GB version being the subject of our review today.