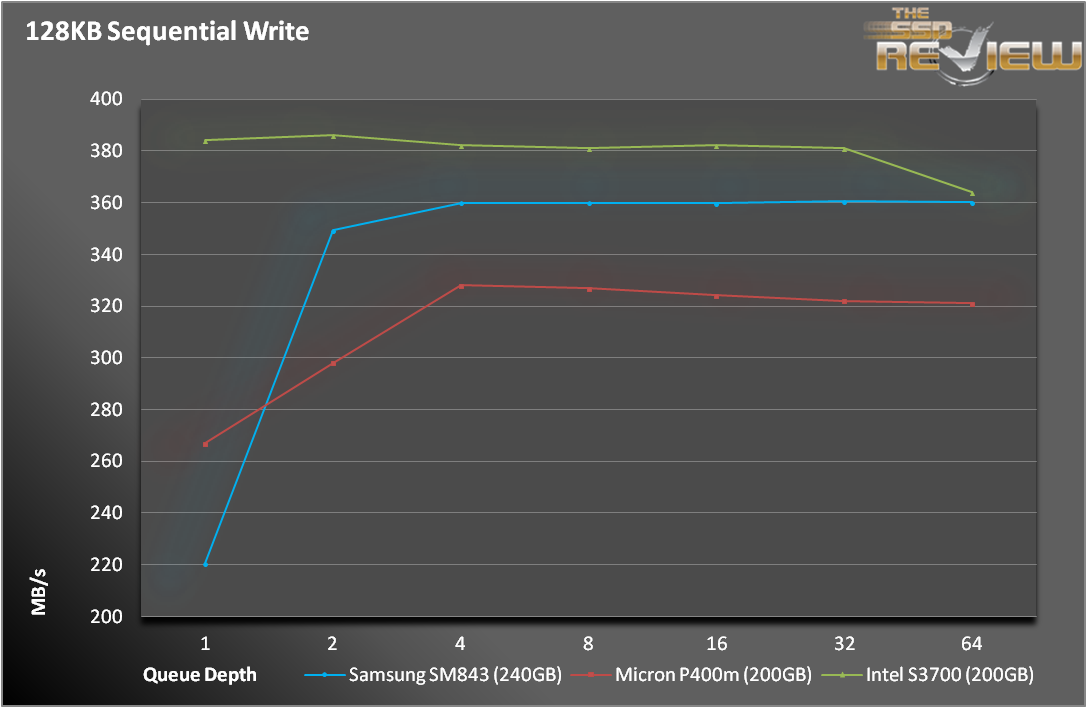 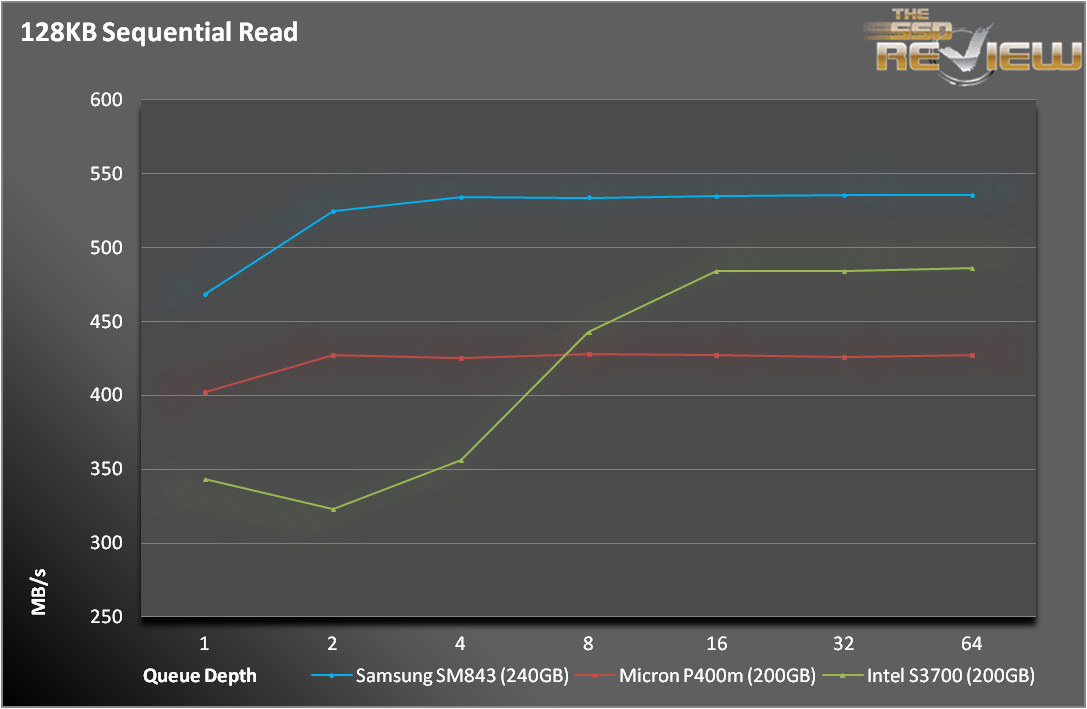 When we look at large block sequential throughput, we see a few interesting things.  The first is that we were unable to get the SM843 quite up to its rated 440Mb/s on sequential writes.  What we did observe was enough to put it right in the middle of the S3700 and P400m.

We also found out that the SM843 has absolutely no problems hitting its read specification at nearly all queue depths. 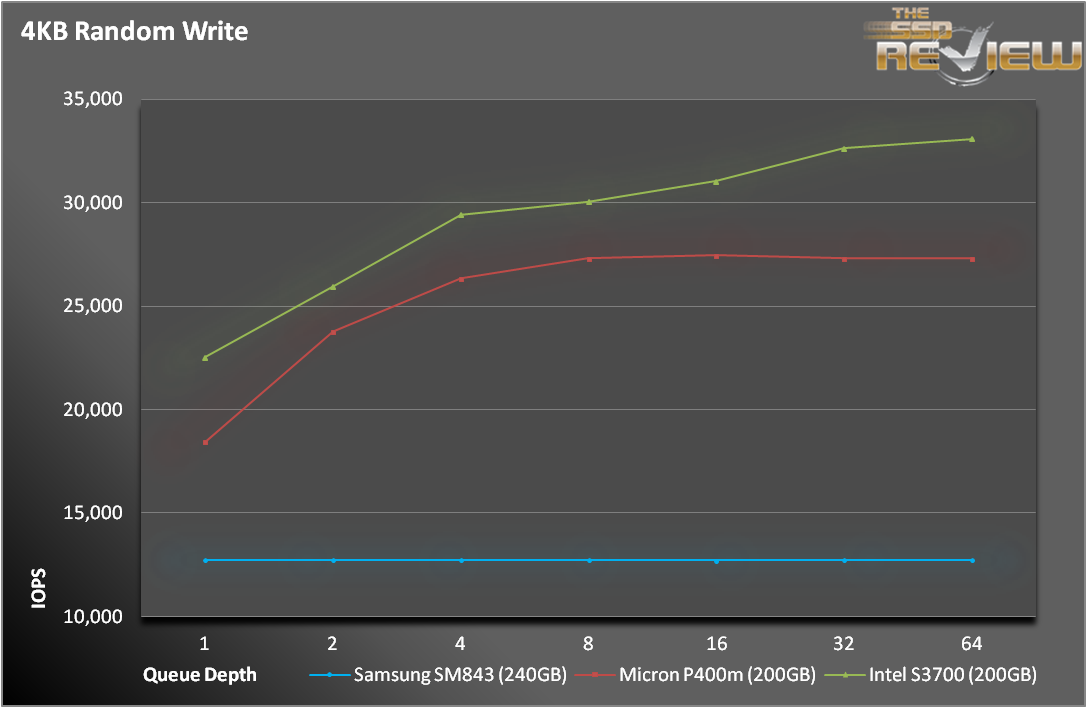 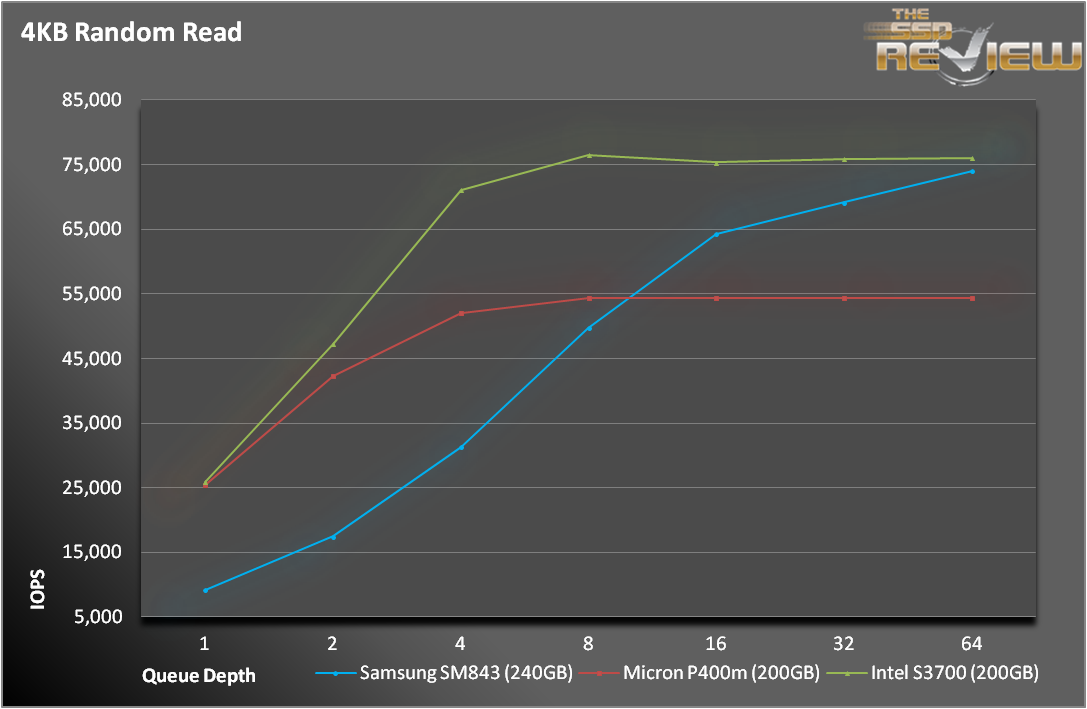 The SM843 showed really consistent write performance at all queue depths.  It was a little surprising that the SM843 struggled at lower queue depths for read operations.  It took a queue depth of 64 for the SM843 to catch up with the S3700.