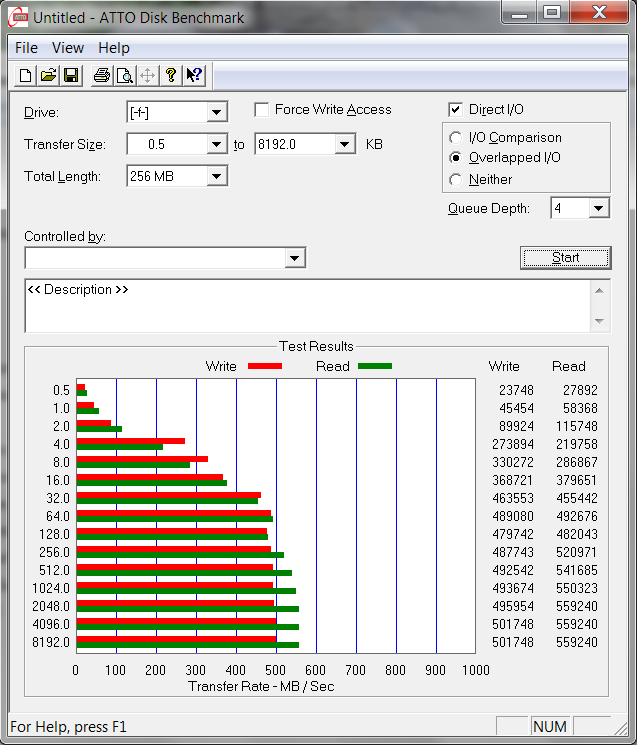 Listed specifications are 550MB/s read and 520MB/s write and our ATTO bench results were extremely close which is a great start for the Pyro SE. 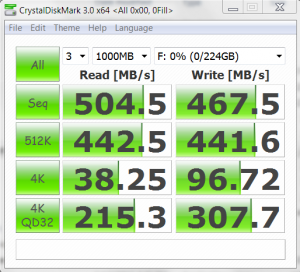 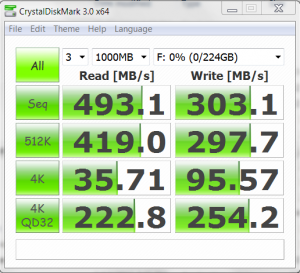 Crystal DiskMark results are typically lower than ATTO Disk Benchmark scores. Of worthy mention with respect to both of these tests are the fantastic 4k random write transfer speed results of 96MB/s which is, for the most part, uncommon in most SSDs. Those who have followed our previous reviews know that these low 4k scores play a very important part of the visual upgrade from a hard drive.

You may not see this for long (and its definitely not common) but you get a freebee simply for reading!  Over the last little while, we have been assisting with beta testing new benchmark software called Anvil Storage Utilities which is an absolutely amazing SSD benchmarking utility.  Not only does it have a preset SSD benchmark, but also, it has included such things as endurance testing and threaded I/O read, write and mixed tests, all of which are very simple to understand and utilize in our benchmark testing.  Lets see how the Patriot Pyro SE SSD does in Anvil testing. 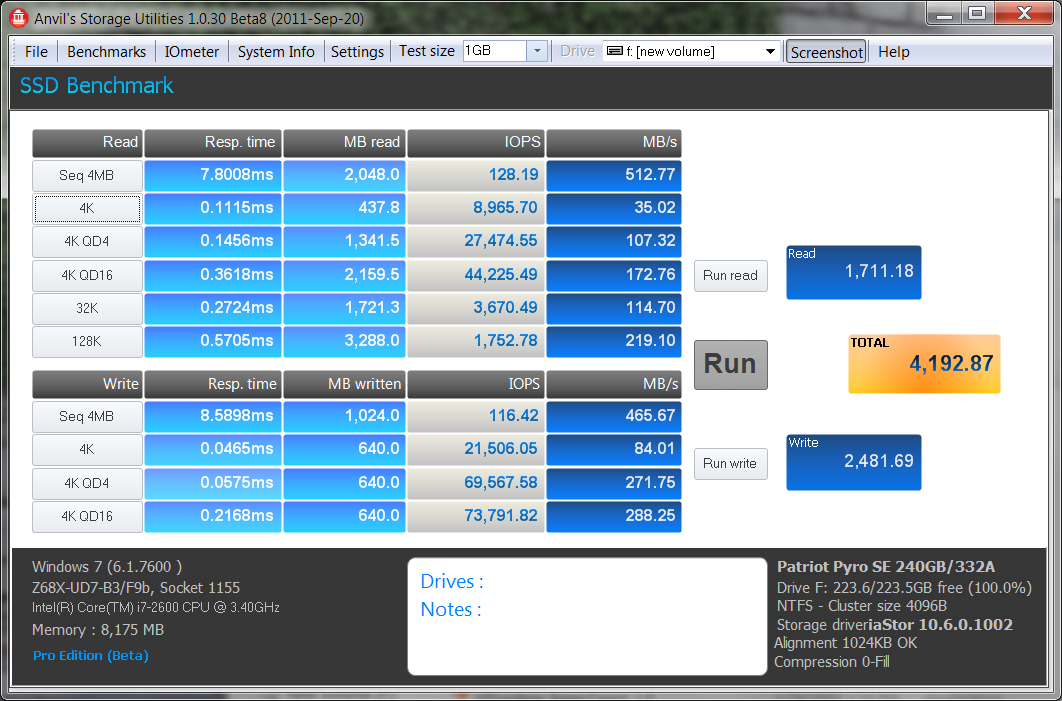 Specific results that stand out in this benchmark are the incredible access times and, once again, the low 4k random results of 84MB/s. Specifications list IOPS at 85,000 while our results are just a bit lower.