This is our favorite evaluation program and, if you have been following along through our reviews, its a bit obvious. It’s with good reason though. It is the only test that can match any drive to another, regardless of what controller is in use. It measures speed, plain and simple and when you are testing the monster that we have here today, you simply need such an application.

This chart shows the speed in MB/s that resulted from each test above. Just for kicks, we have thrown in a SSD that was the top running SSD not even a year ago for comparison and no, there is no need to mention any names. This test simply shows the speed that we have today and the direction that we are heading: 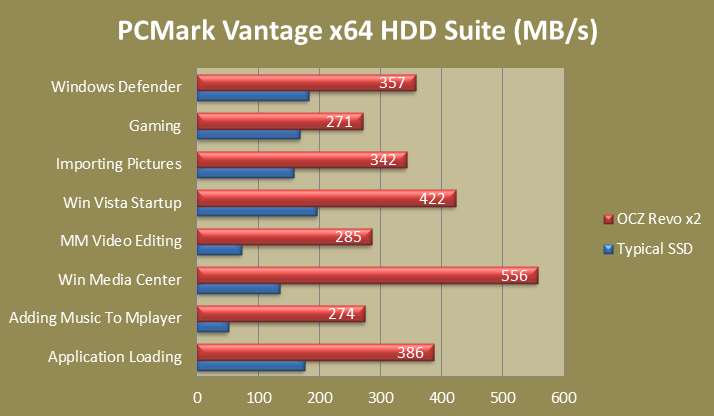 As we can see, yesterdays SSD pales in comparison to what is available today as we add PCIe SSDs to the mix and do away with trivial SATA 2.0 and even SATA 3.0 bottleneck concerns. Our final chart is going to display the overall suite score which is calculated by the software in considering resulting speeds of each test. The only way we can show any basis of comparison for this drive is to include, not only the RevoDrive that we tested a few weeks back, but also, our RAID 0 tests of SSDs and even a few of the top SSDs 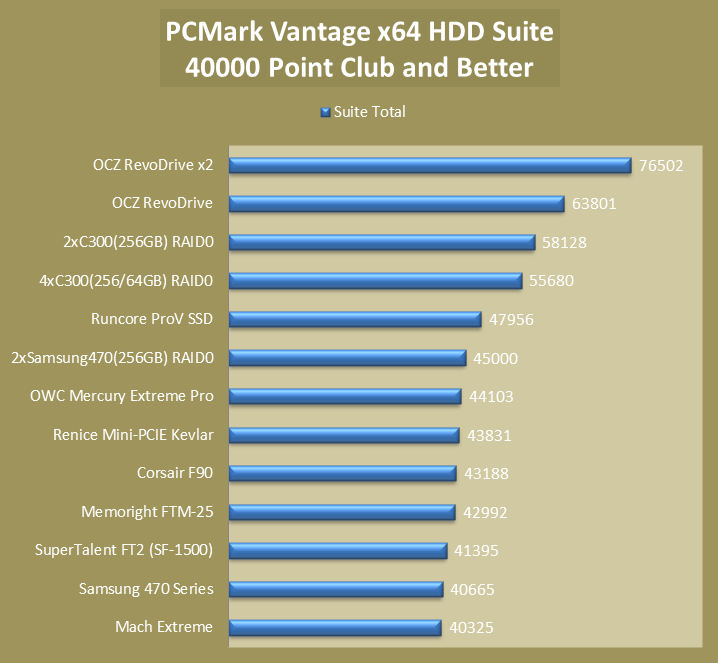 If you are looking for the absolute fastest consumer SSD available that money can by, look no further. The OCZ RevoDrive x2 has more punch than one can imagine and during a time when other manufacturers are busy preparing for their SATA 3.0 releases, most with ideas of a consumer PCIe still on the chalkboard.

There has to be a trade off of course and, with speed comes a price premium as this SSD averages around the $459 mark. Simply put, thats the cost of speed and its price point will create second thoughts to those considering new SATA 3 releases with a bit more capacity. We think the OCZ RevoDrive x2 will win solely for the fact that it is geared for the desktop where capacity can still be found in the trade off for a 2TB hard drive at less than $100.

Is there a doubt that the OCZ RevoDrive x2 is deserving of  our Top Performing honours? 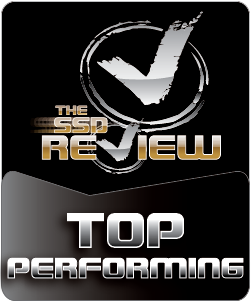