Right off the bat, the exterior packaging tells us that this is no ordinary motherboard. The box has a sleek aesthetic that looks like brushed aluminum. The front lists a few of the unique features that ASRock has engineered, such as On/Off Play, along with the supported Intel architecture: 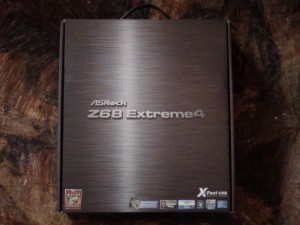 The back has a plethora of extremely detailed information meant more for the enthusiast such as power-design methodology, UEFI BIOS, Lucid Virtu, and USB 3.0 just to list a few: 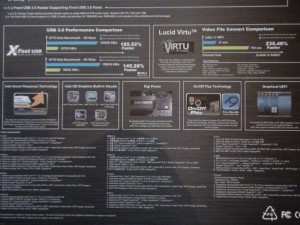 Once opened, the accessories that ASRock includes is quite robust. ASRock includes a tremendously detailed installation guide, a quick installation and software setup guide as well as two large poster-like write-ups outlining everything the user wants to know about ASRocks XFast USB technology and LucidLogixs Virtu. I have to say that this is the most inclusive packaging I have ever seen from a motherboard manufacturer and it brings a smile to my face that ASRock would include this much in-depth information for both novice and veteran demographics: 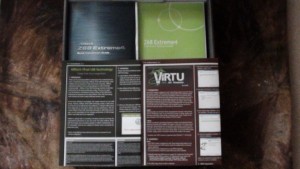 There are a ton of accessories included with the Z68 Extreme 4. The bundle includes (along with the aforementioned software setup guide, quick installation guide and driver CD) an IDE cable, two SATA cables, two Molex to SATA power connectors, an SLI bridge, I/O backplate and 3.5mm audio cable. An interesting addition is the inclusion of a 3.5 mm audio jack which allows music to be played from a portable audio device and through the motherboard/computer without the need for it to be turned on. This is the feature known as On/Off Play that I mentioned previously: 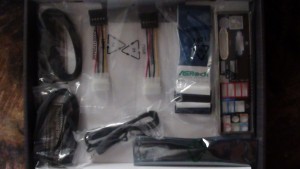 There is also a 3.5 inch bay provided to install in the front of a chassis which offers two USB 3.0 ports, hooked up directly to the USB 3.0 headers located on the bottom of the motherboard. ASRock also supplies a bracket to fit this into chassis using the PCI expansion bays if the user so desires to install it in the back of the case: 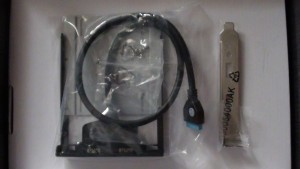 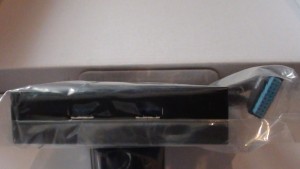 Finally, we have the ASRock Z68 Extreme 4 motherboard in the open. As shown, it sports the traditional blue, black, and white colour scheme, while also staying attractive with the large metallic styled heatsinks to help with cooling: 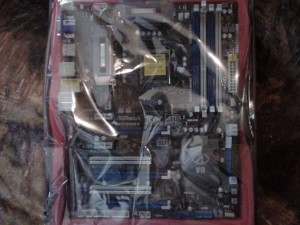 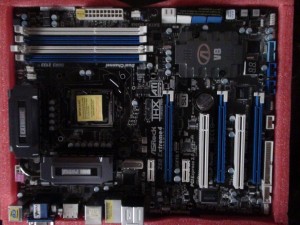 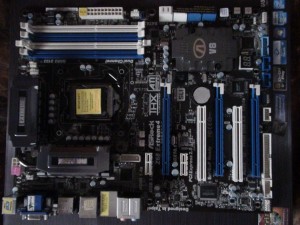 Moving on, we have a closer look at the Foxconn 1155 socket. ASRock have conveniently designed a unique feature called C.C.O., or Combo Cooler Option, while allows the motherboard to incorporate any heatsink design, whether it be LGA775, 1155, or 1156. ASRock has expanded the utilization of the PCB to make installing a CPU cooler as seamless and efficient as possible.

Also, notice the large, passive VRM heatsinks, which keep the 12-phase voltage regulator setup cool and stable. These do not interfere with larger heatsinks, as I tested the area with both the Cooler Master Hyper 212+ and Noctua NH-D14, and both fit perfectly. ASRock have always been top-notch in over-current protection, and have clearly bumped-up their components to a point where there is virtually no fear of going a tad over the voltage requirement limit for overclocking, a handy tool for novice overclockers.

Furthermore, for extra overclocking stability, the Extreme 4 features Digi VRM power design, which combines the advantages of analog and digital, delivering less switching delay and power loss. There is also a 4-pin Molex connector to the left of the CPU socket to provide additional power during heavy loads, or overclocking: 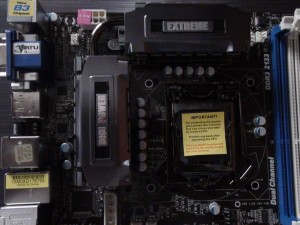 With the four DIMM slots, there is support for up to 32 gigabytes of DDR3 RAM at clock speeds of 1066/1333/1600/1866/2133 MHz. Around the area, there are also a slew of fan headers made specifically for those interested in water-cooling, or air-cooling, an excellent design choice by ASRock as they are close to the socket. The extra fan headers reduce wire clutter and allow the entire system to be pushed to a much higher extent while keeping it cool and quiet: 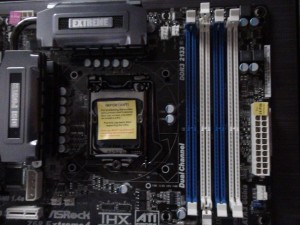 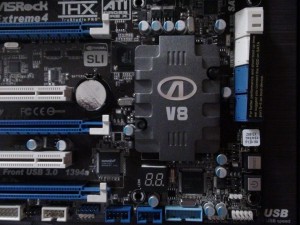 This board is supplied with eight SATA ports, the SATA 2.0 being blue and the SATA 3.0 being white. The on board controller handles the SATA 2.0 ports and the nearest SATA 3.0 ports. The two ports far right are controlled by the Marvell SE9120 controller (marked M1 and M2).

ASRock recommends using the Z68-based SATA 0-5 ports for maximum speed. All the ports are angled perpendicular to the board, thus avoiding any conflicts with long graphics cards and making tidy cable management much easier: 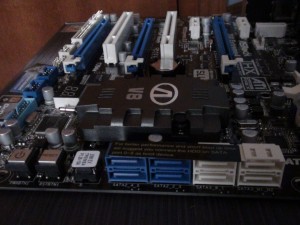 There are two PCI, two PCI-E 1x, and three PCI-E 16x slots on this board. The top two PCI-E slots will run at 16x if only one card is installed. For a dual-GPU configuration, they each drop to 8x speed. For a triple-GPU setup, the last slot drops to 4x. ASRock also recommends using the 4 pin Molex connector when running more than a 200W card demand in CrossFire, or SLI.

Also notice that ASRock has retained the slider-lock mechanism instead of the push-down tabs: 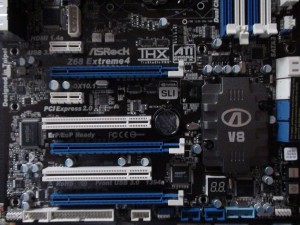 The Z68 Extreme 4 boasts an impressive amount of connectivity, sporting a PS/2 keyboard support combo slot, two USB 2.0 ports, DVI-D, VGA, DisplayPort and HDMI out. A handy reset CMOS button is also included. Two more USB 2.0 ports are next to a 1394 Firewire port and below that there is an eSATA port. Two USB 3.0 ports are set to the right, under a Broadcom BCM57781 chip. 7.1 audio is supported via the Realtek ALC892 chip with additional THX TruStudio PRO capabilities. 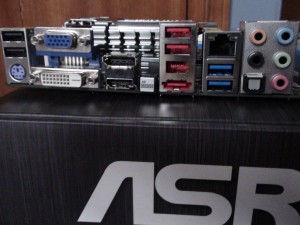 Finally, here is a shot of the entire bundle together: 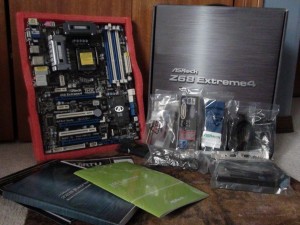 Before getting into the tests and benchmarks, here is the entire set of features and specifications for the Z68 Extreme 4:

Last, but not least, the test-bench and methodology used to analyze the Z68 Extreme 4: 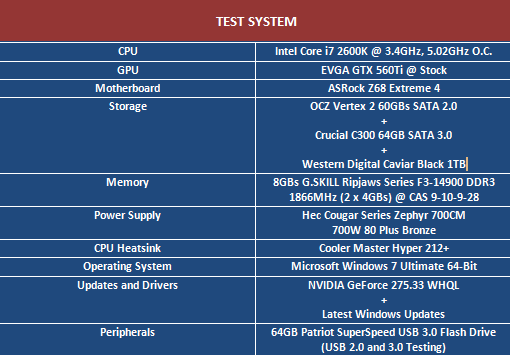