Samsung recently announced three rather unique and attractive USB 3 flash drives that are now making their entry into the consumer storage market.  They are similar in most features and performance, but differ in that they seem to approach different segments of the flash drive market. 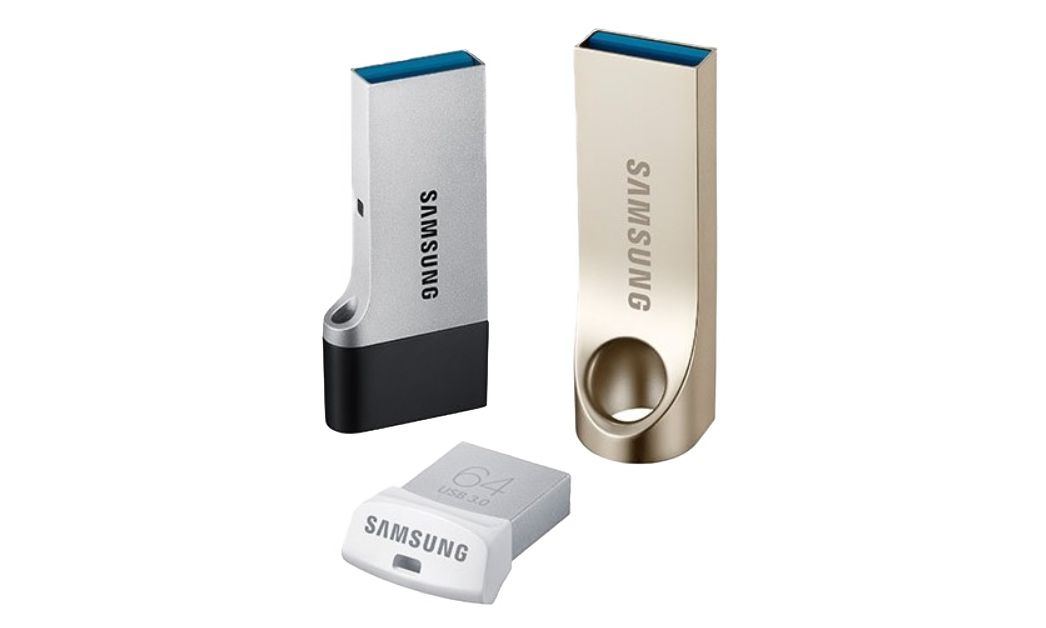 Two of these are named the FIT and DUO, while the other is simply known as the Samsung USB 3.0 Flash Drive.  The FIT is intended for very compact storage while the DUO contains both USB 3.0 and microSD connector for the newest Samsung line of Android phones. Today, we are lucky enough to have 32GB versions of both the standard flash drive and the FIT:

Both of our samples are 32GB with the FIT available in 32 and 64GB while the standard flash drive also includes a 16GB version.  All are USB 3.0 with backwards compatibility to USB 2.o and both have ‘SuperSpeed’ which enables performance well above typical USB 3.0 speeds Although write speeds are not mentioned both are capable of read speeds up to 130MB/s.  In addition, all of Samsung’s new flash drives include their 5-Proof technology which means they are waterproof, shock proof, magnet proof, temperature proof and x-ray proof.  Tap on a five-year warranty and these flash drives are looking anything but ordinary .

Another clever marketing inclusion is Samsung’s mentioning what the drive is capable of storing, in this case for the 32 version being 6540 photos, 174 minutes of HD video or 218 hours of music.

The FIT fits almost flush to our MBA, whereas, the regular drive may be a bit more prominent but its construction is of a very solid metal casing.  We also noticed that there seems to be no cap included to protect the USB 3.0 connector.  Quite frankly, I never thought one was necessary in any case, they tend to get lost and we have yet to have one fail as a result of a damaged connection.

Next up…. flash drive performance!