In our meeting with Silicon Motion, a chart was made available to demonstrate testing and we were not shown, what I believe to be, the whole picture.  Silicon Motion had relied on Tom’s Hardware (great resource and linked below) to do a preliminary review on the SM2246EN and Silicon Motion relied on the strength of specific test results to state that their controller had the ‘Best In Class Power/Performance Ratio”.  Three specific points are made of the Tom’s Report and they are shown in this chart: 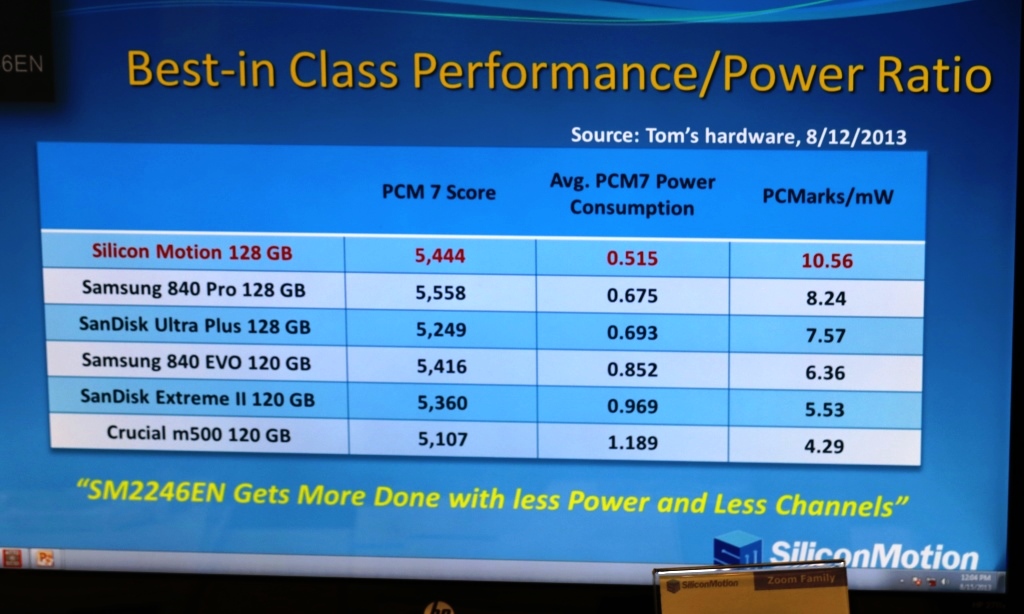 Don’t get me wrong, the results shown in this chart are dead on, but they don’t show the full picture. It is like taking a race car and stating that it is almost the fastest, it gets the best gas mileage and it’s the most roomy for its class.  Chris Ryan was the reviewer for Tom’s and his report is very detailed, definitely much more than we are seeing here and measuring metrics that are the norm in testing today.  One needs to look at the entire report to get the full story of the SM2246EN and not rely on only these three metrics from benchmark programs that, quite frankly, are rarely seen in SSD benchmarking. Chris’s report can be found here.

Silicon Motion believes that their direct competitors are Marvell and LSI SandForce. They are correct but in the consumer market, that includes a slew of others, not to mention top dogs such as Samsung and OCZ. Both Marvell and LSI SandForce have become masters of their art and their marketing package differs vastly. LSI SandForce provides their firmware with the controller purchase and Marvell provides the hardware with the ability for it’s customers to fine tune the end product through their own firmware expertise.  Having said this, Silicon Motion is definitely taking a step forward and trying to encorporate a mix of both practices, something that might be very appealing down the road. 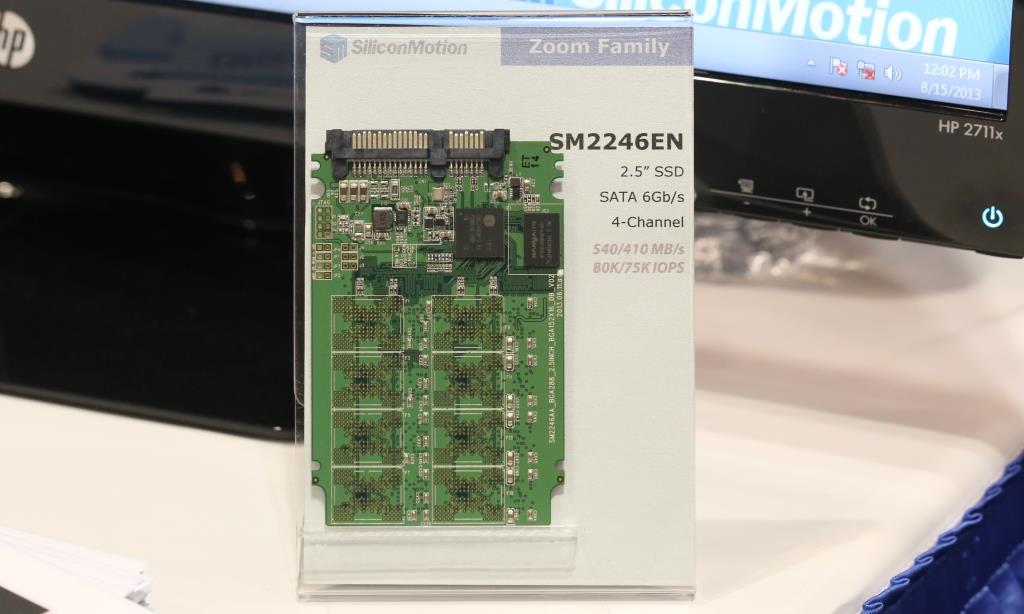 All in all, I see potential in Silicon Motion and hope they develop into a very successful SSD controller manufacturer, however, today they are definitely not a ‘ultra high performance and low power 6Gbps solution’ as described.  Rather than looking at Marvell or LSI SandForce, the SM2246EN seems to be great competition for mid-level controllers such as the Phison S3108, or even the JMicron JMF667H.  With today’s SATA 3 SSD world as it is, ‘ultra high performance’ is a designation earned by very few.

We invite Silicon Motion to reply and/or send a sample along to test and we will definitely put it through our own set of benchmarks, all to see if the controller can stand on its own. Conversely, we would of course publish any reply received, if so requested.