Right on the heals of the Intel DC S3700 release (of which we presently have several in hand), Samsung has struck back with its new enterprise directed SM1625 SSD capable of an incredible 800MB/s read and write performance and capacities of 100, 200, 400 and 800GB.  It’s almost like Samsung is saying, “Take that Intel!”

While the SM1625 might look just a bit thicker than a typical notebook SSD, you won’t find compatibility for such as it achieves it’s incredible performance through a dual-port SAS connection, pushing 848MB/s read and 740MB/s write with 101,000 IOPS when both ports are in use.  The SM1625 uses ‘ new 20nm MLC NAND flash memory which incorporates an ultra-fast toggle DDR interface.

Samsung inadvertently had their new enterprise releases on display in Seoul most recently during the 2012 Samsung SSD Global Summit where we snuck a picture or two but were under strict embargo until this release.  Gotta admit, that is 800GB of sheer beauty. 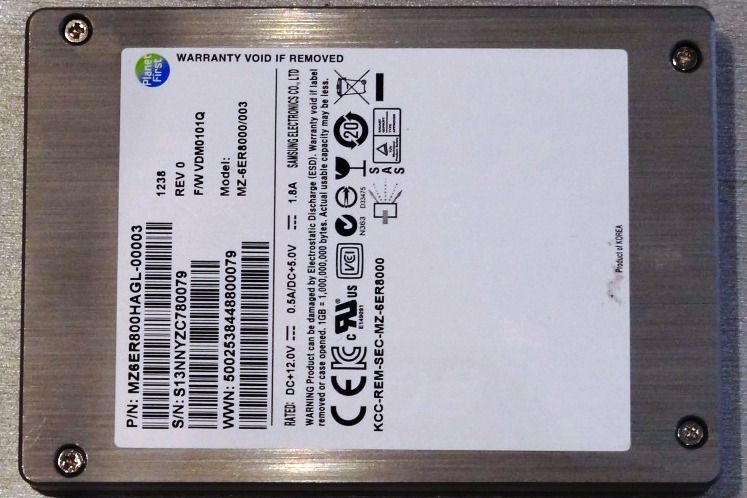 The SM1625 was in good company as the SM843 was also announced with capacities of 120, 240 and 480GB and performance of 520MB/s read and 420MB/s write with a high of 70,000 IOPS.  If I hadn’t seen documents confirming this drives uses Samsung’s 3 core MDX controller, I am sure there would be a great deal of speculation with respect to those familiar capacities.  The SM843 also uses MLC memory that they state lasts two to three times the endurance of similar MLC drives and it is a SATA interface SSD capable of up to 1,064TBW (terabytes written), 1600% better than their previous generation. 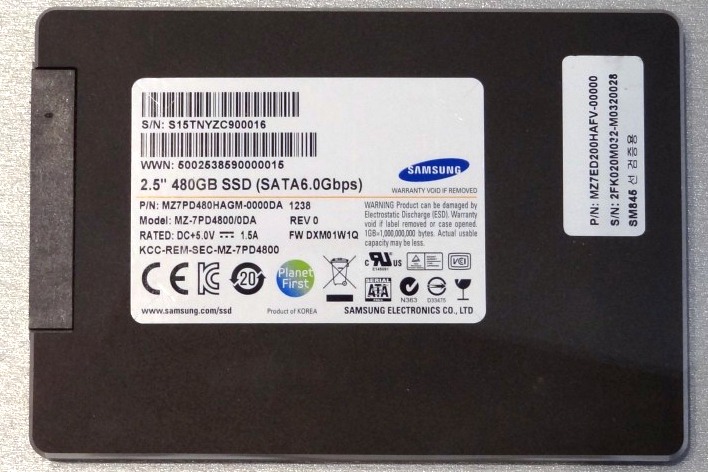 Between the Intel DC S3700, the Samsung SM1625 and the brand new LSI MegaRAID 9266-8i we have in hand, get ready for some amazing articles in the very near future.  We can absolutely promise things that you just might not ever see elsewhere!