SSDs are most likely not the first things that pop into your mind when you think about E3. That is exactly what Plextor aimed to change at the event this year – getting more gamers involved in SSDs and SSD technology. 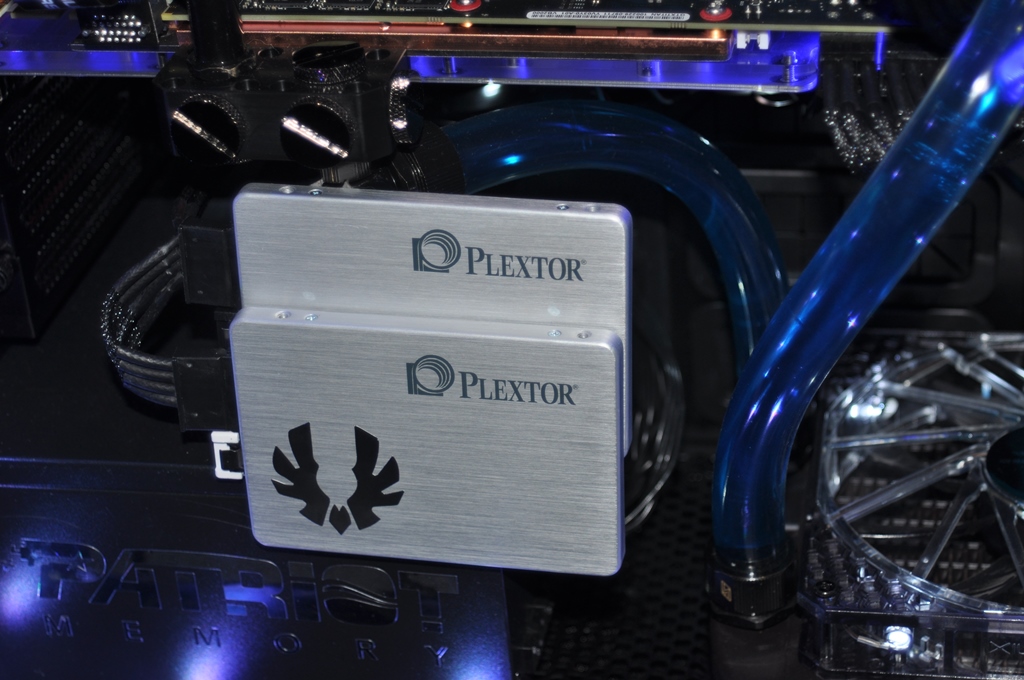 We looked around the small Plextor booth which had quite a neat setup. Two open-air computer systems, running a mechanical hard drive versus an SSD respectively, exhibited just how essential SSDs are not only during gaming, but also in everyday use. 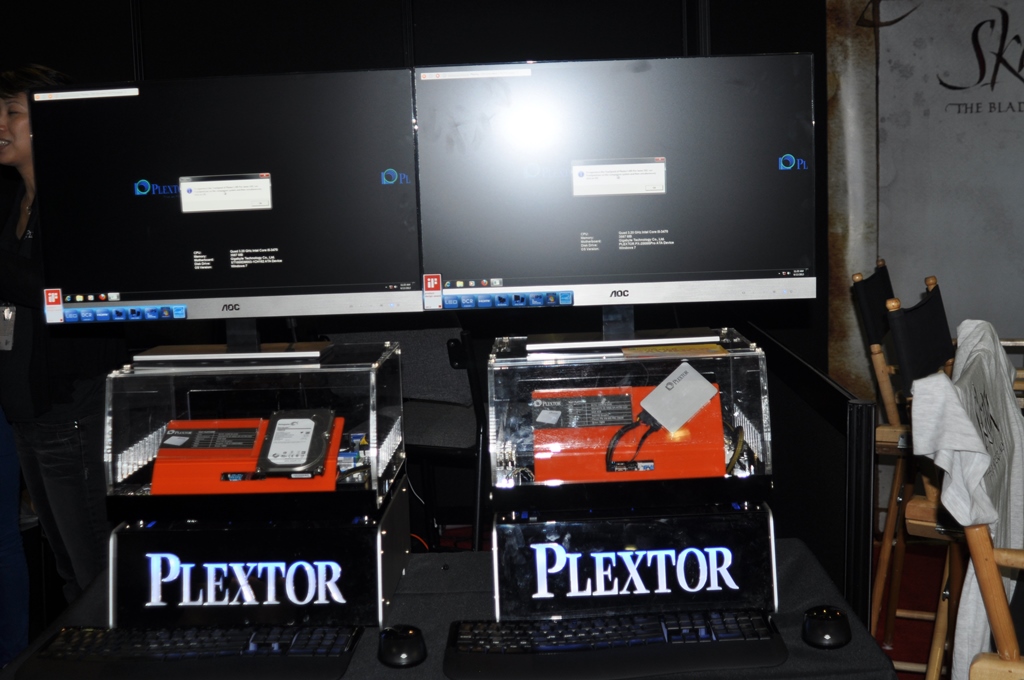 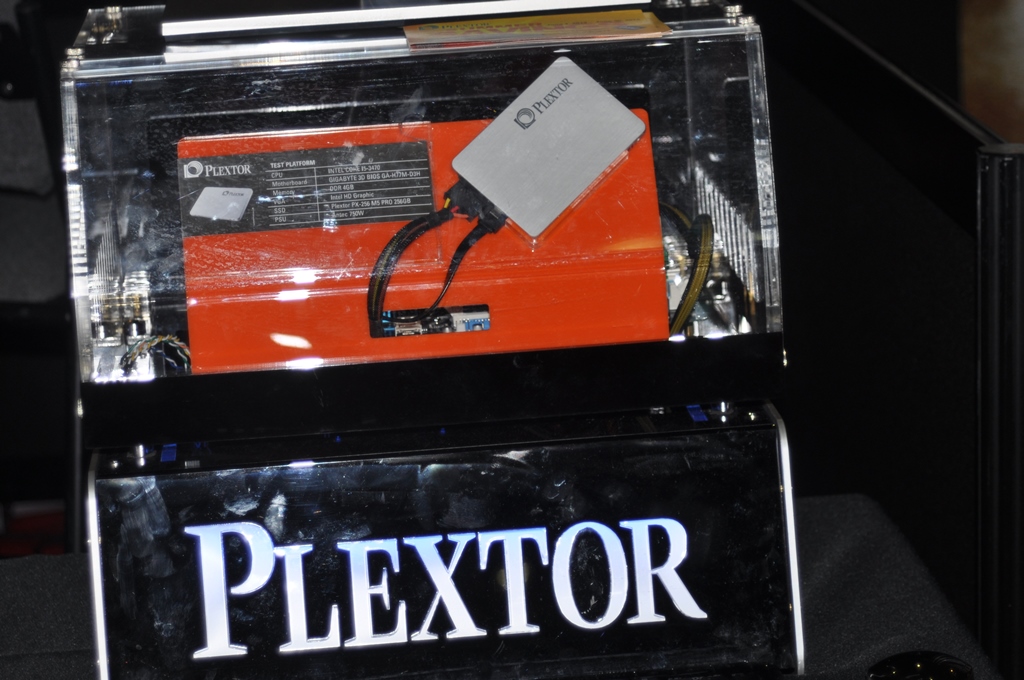 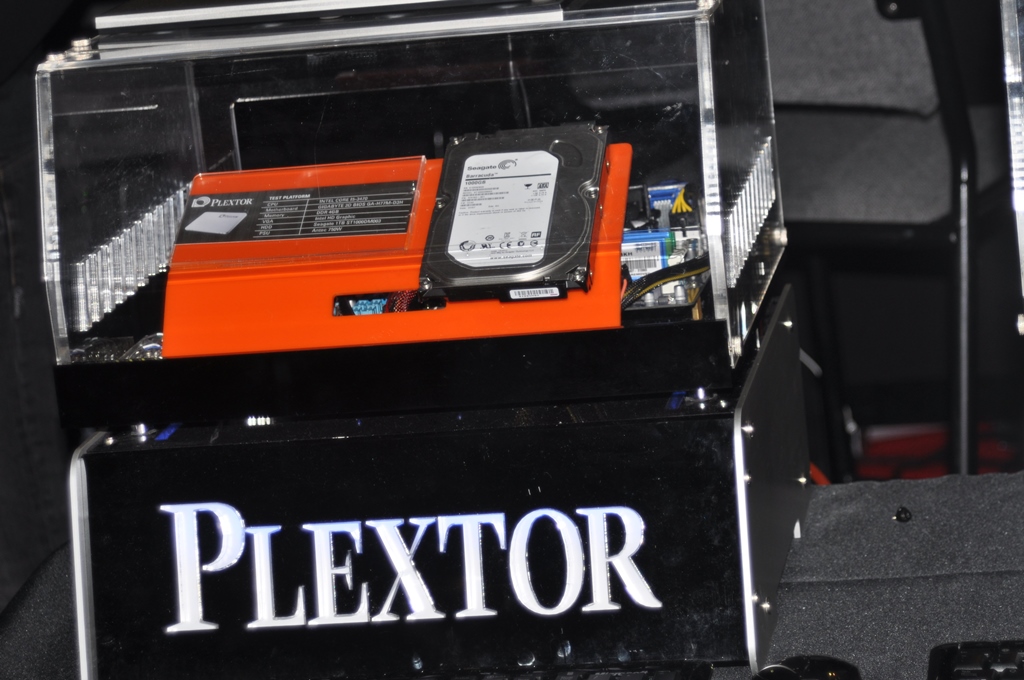 Plextor had upcoming and current SSDs on display, such as the PCI-E 2.0 NGFF with sequential speeds up to 700MB/s read and 550MB/s write: 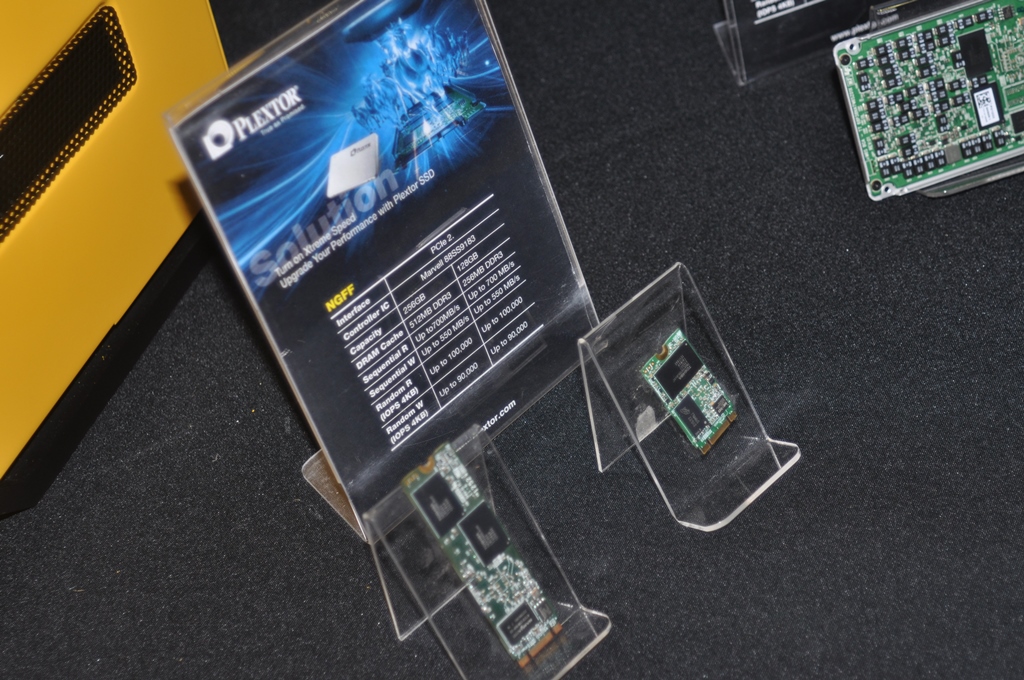 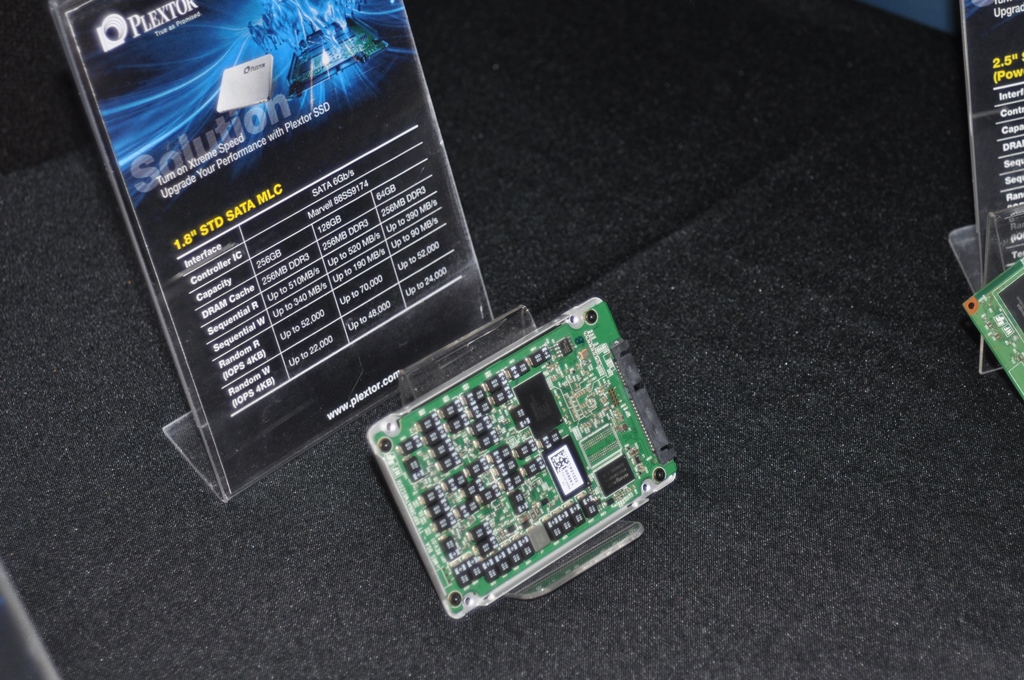 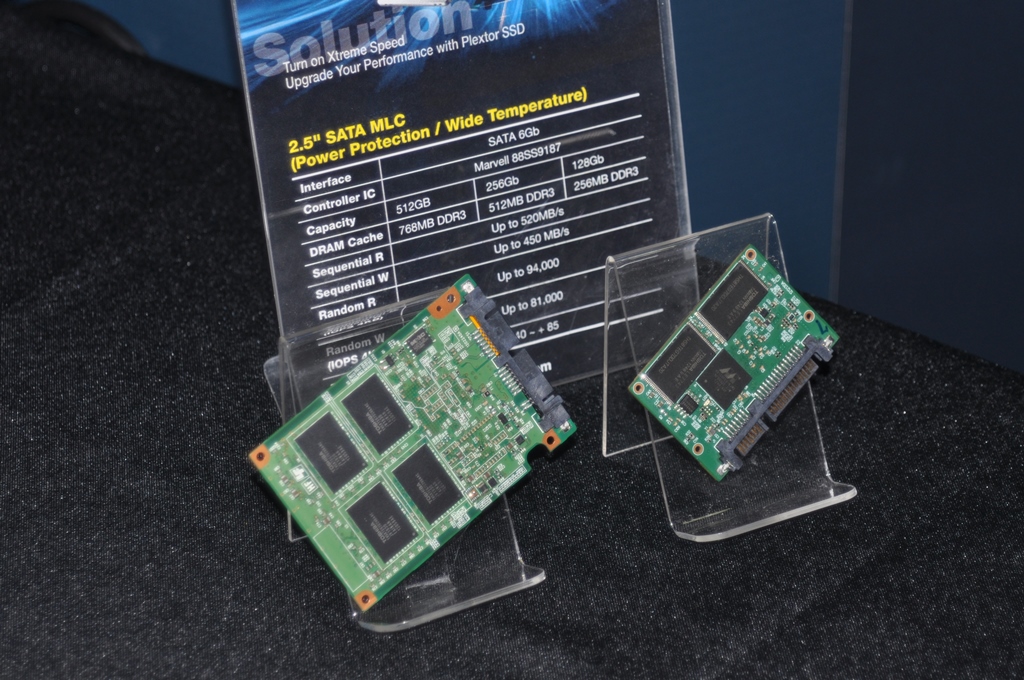 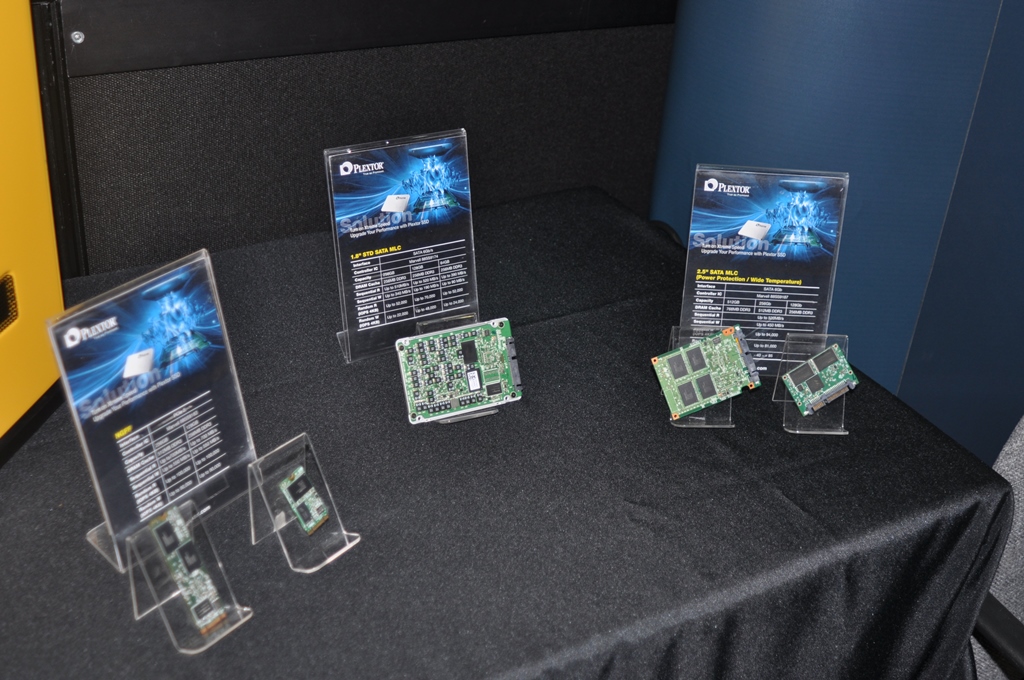 The ever popular SATA 6Gbps M5 Pro Xtreme, and M5M mSATA had a nice little area to themselves: 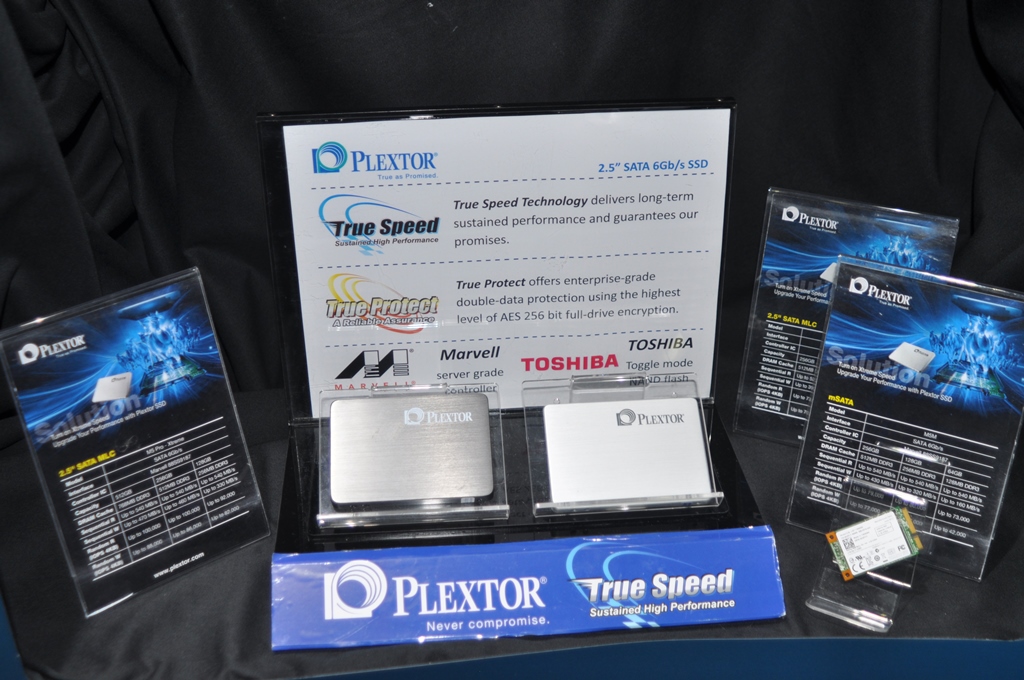 The most alluring displays were definitely the two custom build PC’s – one from Maingear, and the other from NCIX running two Plextor M5 Pro Xtreme’s in RAID 0: 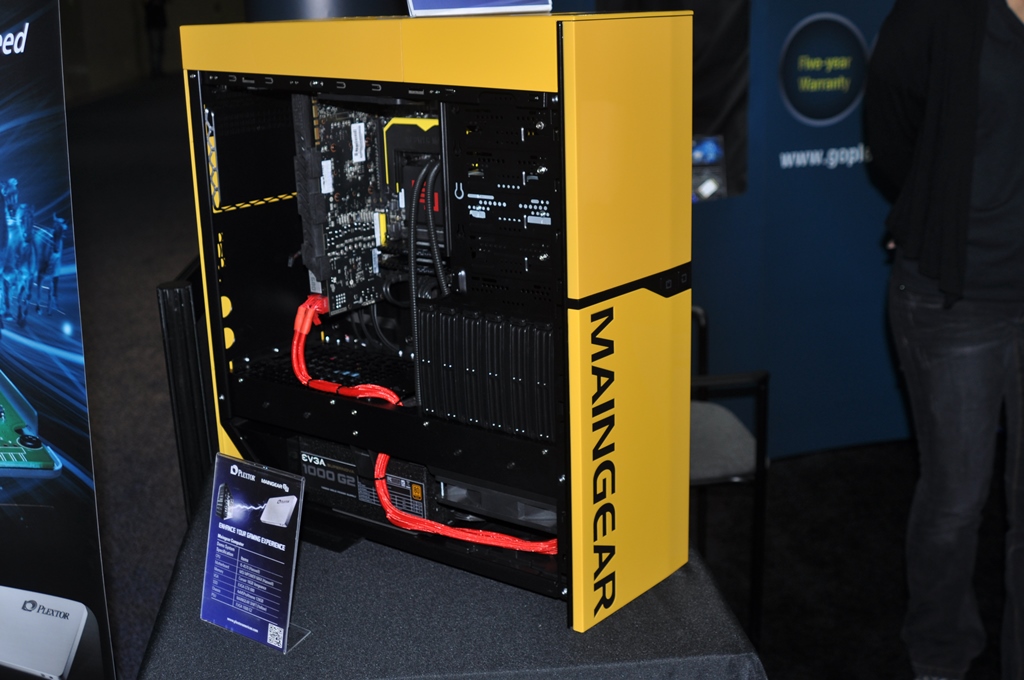 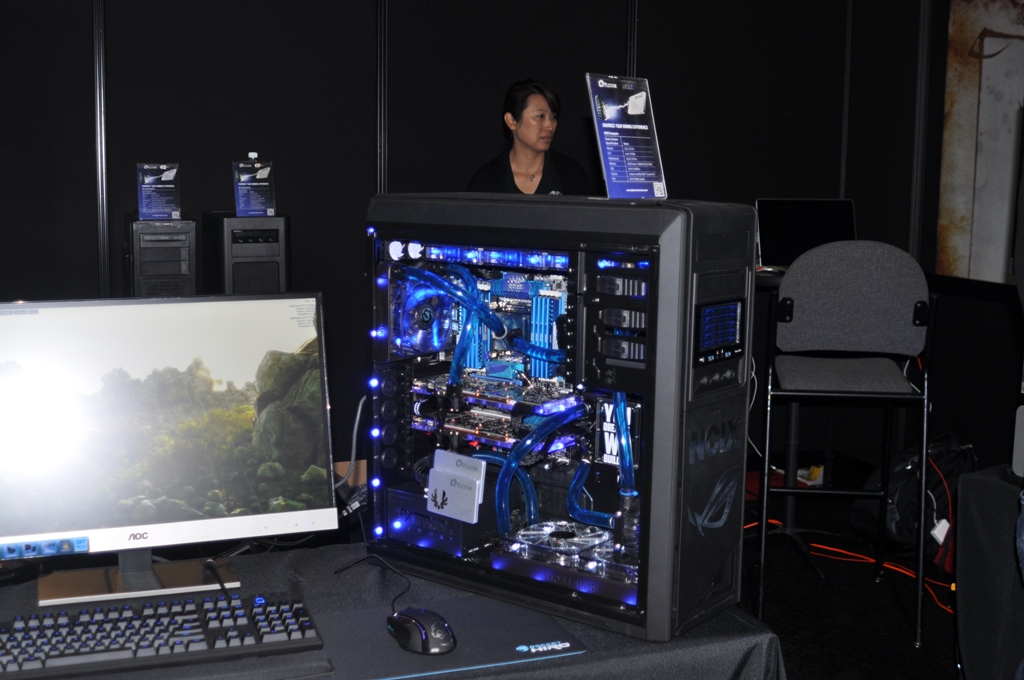 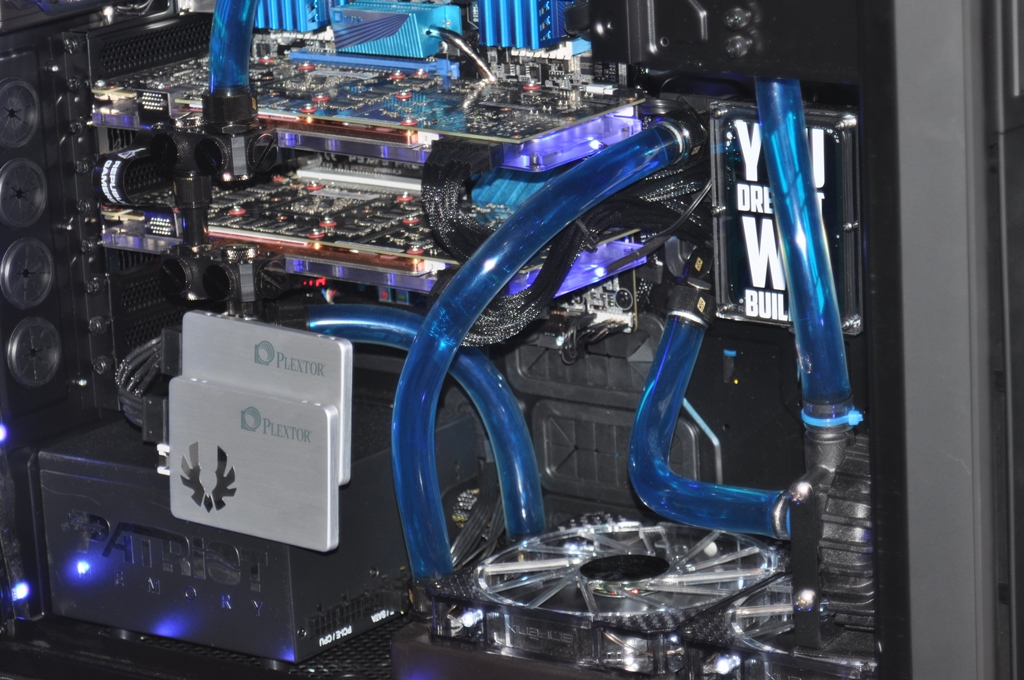 …and there we have it! While occupying only a small fraction of the E3 expo hall, the folks over at Plextor are determined to educate gamers about SSDs and SSD technology one step at a time.