This week at FMS, Micron was on hand to, not only display, but also to show their new 16nm NAND flash memory in an operational state.  For this they were awarded the Flash Memory Summit Best of Show Award. 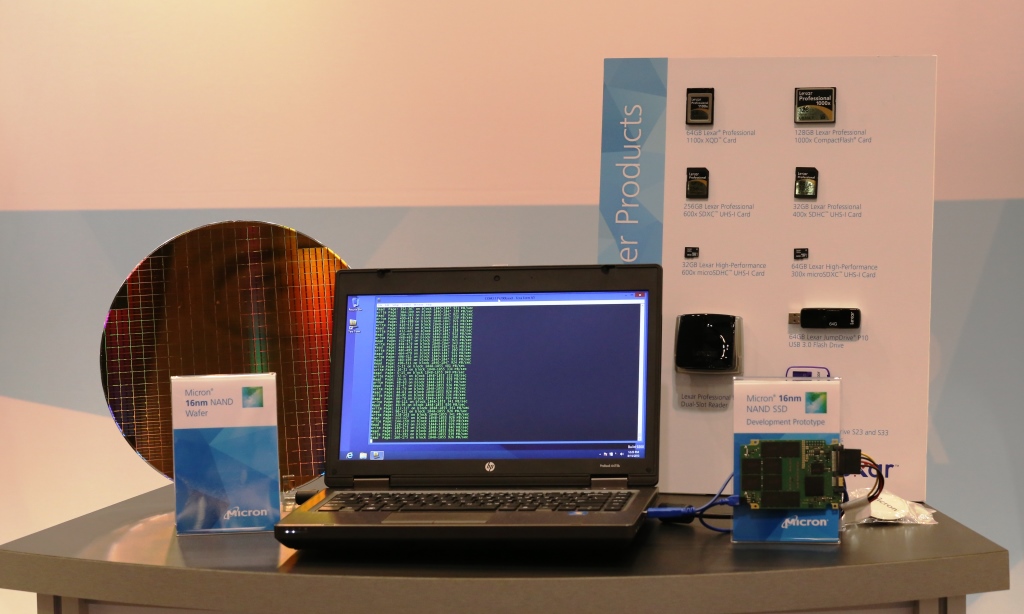 Micron’s 16nm memory is intended for consumer SSDs and similar consumer devices and is the smallest MLC memory package available. 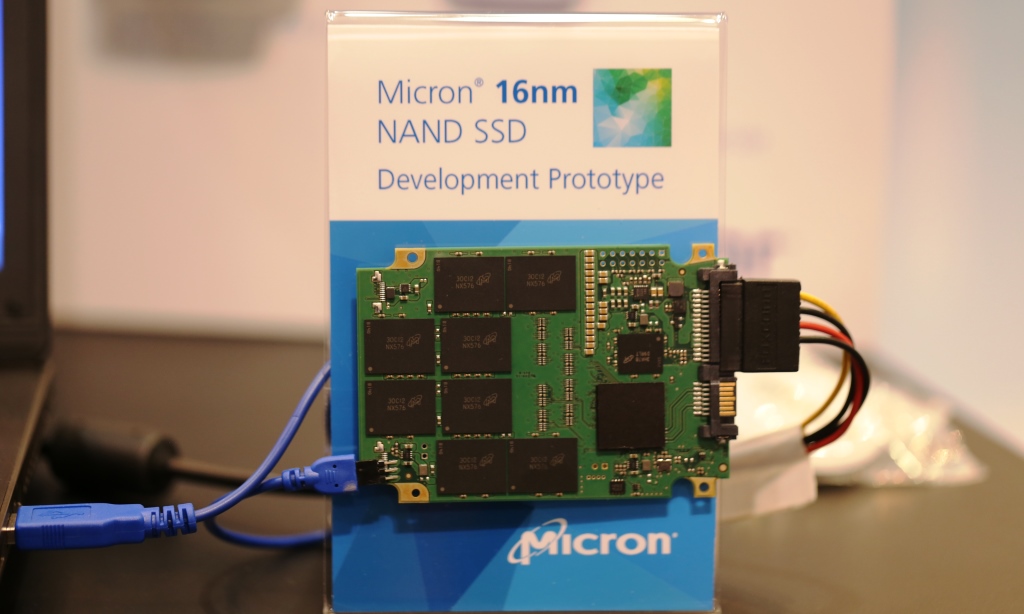 16nm wasn’t all they had on display as we also got a shot of their new P420 PCIe SSD.  Stay tuned to The SSD Review as we should have a review of this SSD posted within the next two weeks: 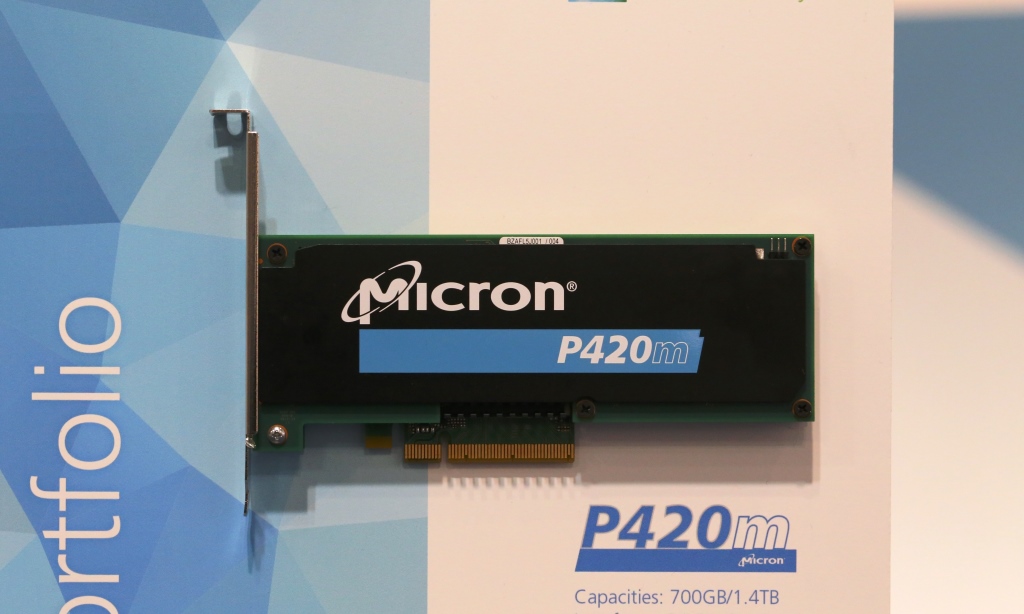 Last but not least, let’s take a look at a 16nm NAND wafer first hand: 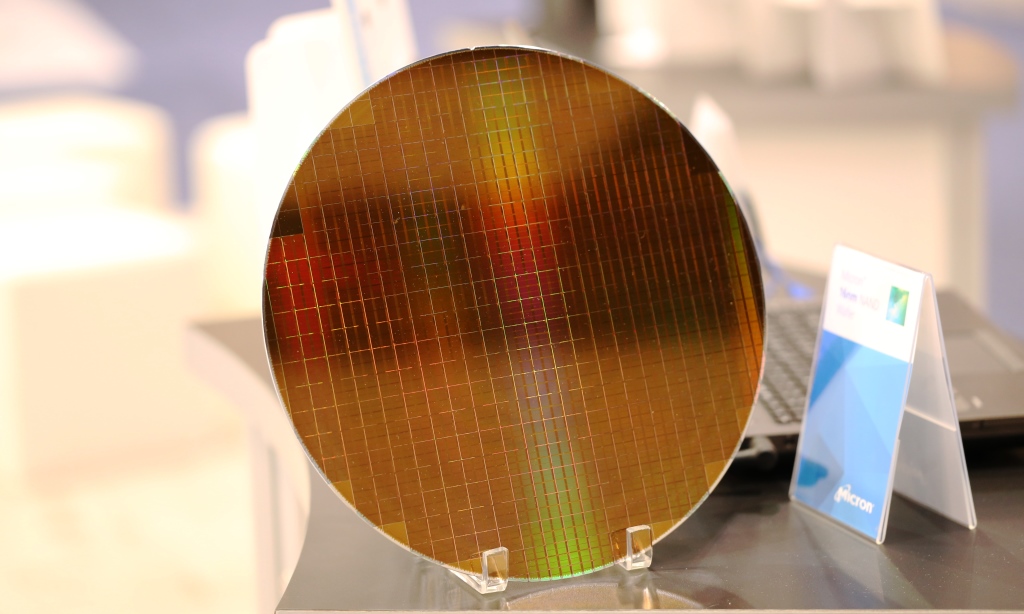