The new Predator PCIe wasn’t all Kingston had in store at CES 2014 as they also had a few other tricks up their sleeve as well.  First up is a new mSATA model, the display version being a 480GB model that features Micron’s newest NAND modules coupled with the new LSI SandForce SF3700 NAND controller, capable of read / write speeds of up to 550 MB/s and 530 MB/s respectively. Kingston is targeting Q2 of this year for general availability, with plans for a 1TB version later in the year. 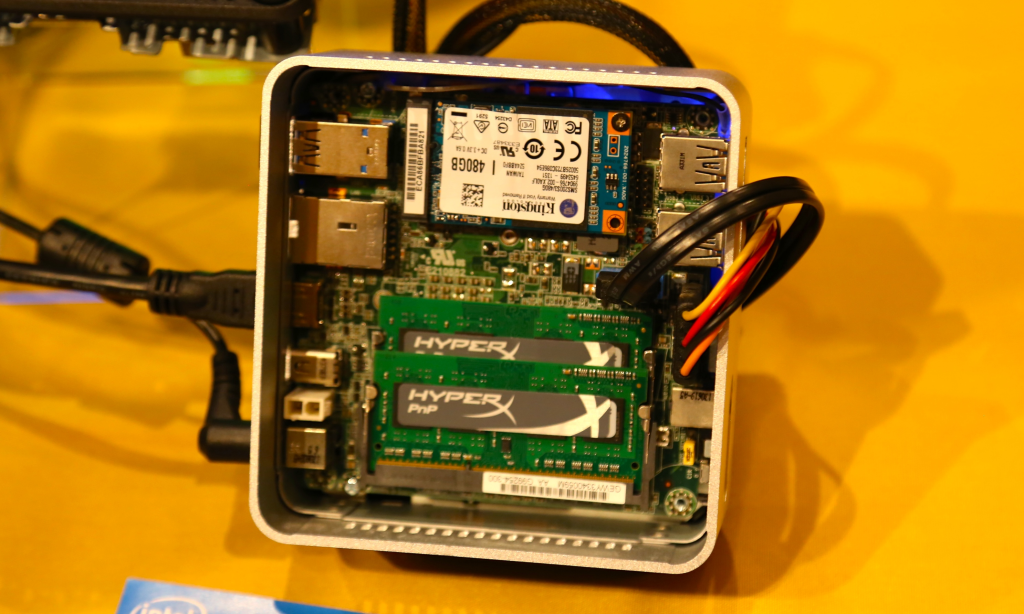 Also on display was Kingston’s new M.2 SSDs, again utilizing the new LSI SandForce SF3700 flash  controller.  This M.2 drive will be available in 42mm, 60mm and 80mm sizes.  Kingston will be offering both SATA and PCIe interface versions, in capacities ranging from 16GB all the way up to 1TB.  Performance numbers have not yet been provided for this series. 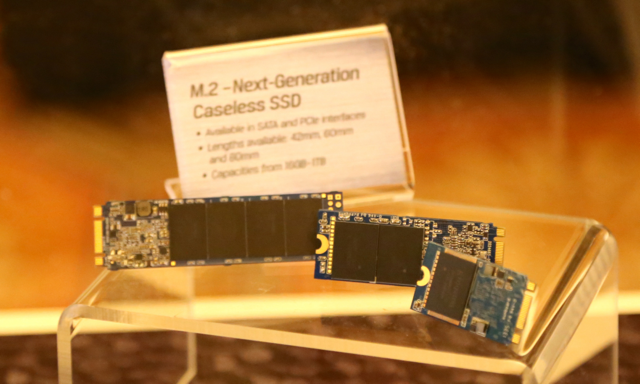 Something else that caught our eye was a 2.5″ form factor 1TB SSD that was marked “Prototype”.  This drive also utilizes Toshiba 19nm NAND, but this time coupled with a Phison controller. 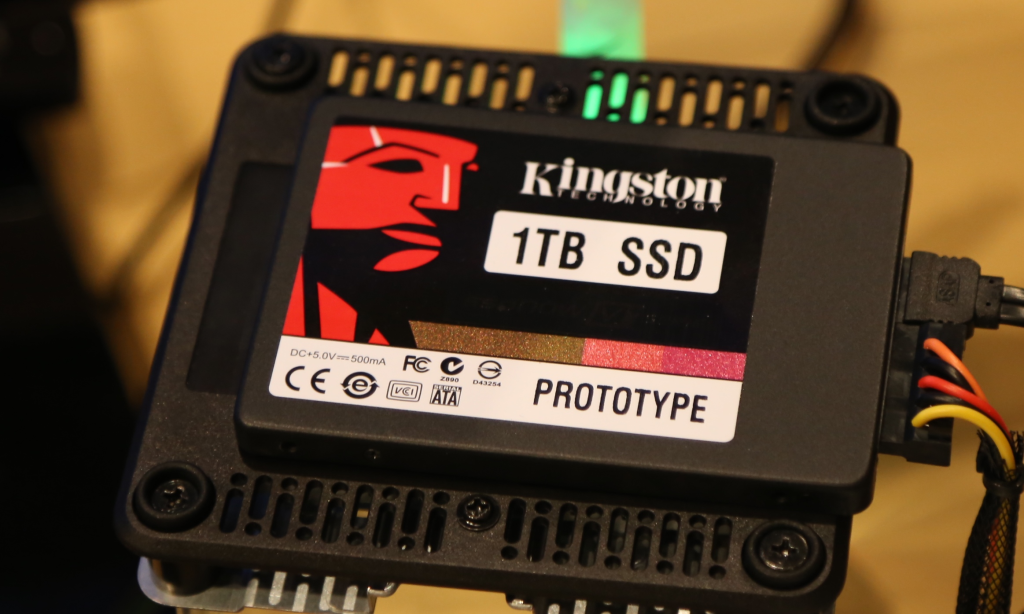 Specific performance specs were not provided, but an Anvil Storage Utilities screenshot shows a respectable score of 4296. 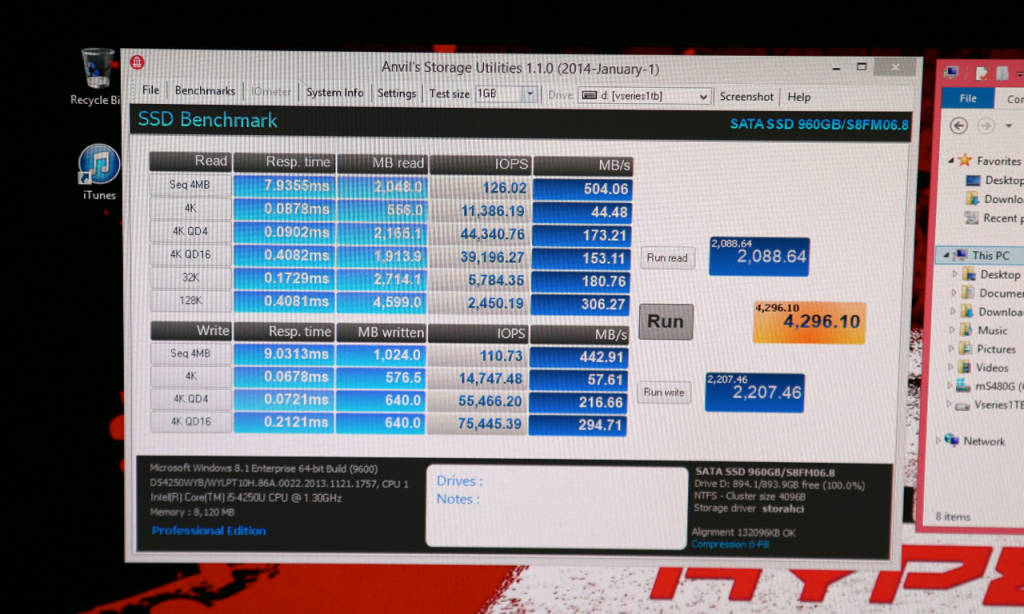 Stay tuned for further news and developments from CES 2014 as we venture on into the display halls.  OH before we forget…here is another predator PCIe color that we happened to find at Pepcom last night, bringing us to the colors of black, blue and now red. 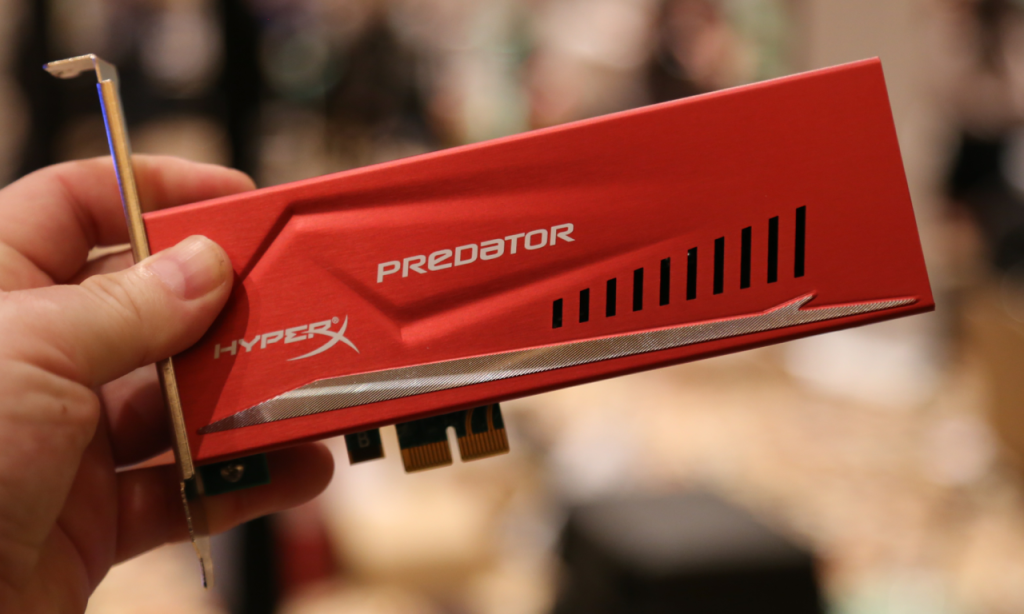