There are two significant trends that will gain traction in the 2014 SSD market, says industry analyst TrendForce’s DRAMeXchange research division.  They are predicting that SATA III will be replaced by PCIe G2 (Generation 2.0) as the mainstream storage option in the high-end SSD market.  DRAMeXchange is also predicting that SATA III TLC SSDs will have a much bigger impact on the lower and mid-level market sectors. 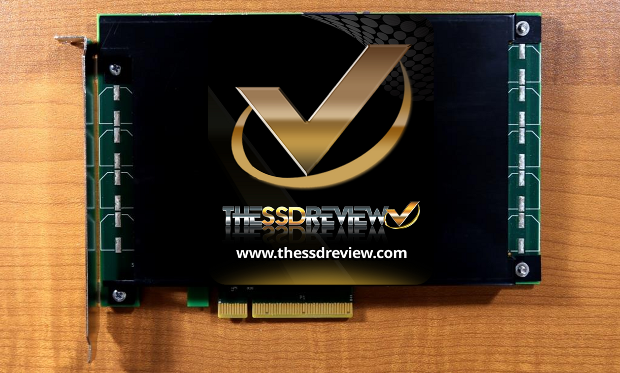 While the SATA III interface is capable of a theoretical maximum transfer rate of 600 MB/s, the highest theoretical speed through PCIe (utilizing 2 lanes) is 1000 MB/s.  If 4 PCIe lanes are used, then the theoretical maximum transfer speeds would be boosted to 2000 MB/s.  Alan Chen, TrendForce’s senior manager, feels that there a couple of reasons that the high-end (for business or gaming PCs / notebooks) market will replace SATA III with PCIe G2:

Although Macbook Airs that released in mid-2013 came equipped with PCIe G2 x 2 SSDs, he feels that 2014 models will likely be upgraded to PCIe G2 x 4 SSDs (utilizing 4 PCIe lanes instead of 2).  Apple is quickly incorporating PCIe G2 SSDs into its own PC and notebook product families, and other brands are expected to follow suit. Also, beginning in 2014, Windows 8.1 and Intel’s Broadwell CPU (expected in Q2 or Q3) are anticipated to feature in-box drivers that are compatible with PCIe G2 SSDs.  This decision by the Wintel group not only gives added credibility to existing faith in the technology, but should also help lower the threshold for SSD controller chip manufacturers that wish to use the PCIe G2 interface.

It is also notable that PC OEM vendors (excluding Apple) are undecided whether to begin adopting PCIe G2x2 in 2014, or to go straight to PCIe G2x4.  PC OEM SSD vendors are expected to strongly promote products in 2014 that are based on the PCIe G2x4 format, which TrendForce sees as winning out over PCIe G2x2.  Even if the Wintel group is only at the PCIe G2x2 level as far as included drivers, OEM SSD vendors generally supply their own drivers with their products, and this ultimately should be a non-issue.

With respect to TLC SATA III SSDs, Samsung’s latest TLC SSD has been widely praised within the market for its cost vs. performance value, which is driving a number of other SSD vendors to develop similar solutions to bring to market in 2014.  As there are still concerns over the lifespan and data-retention capabilities of TLC SSDs, early adoptions by PC OEMs will likely only show up in lower-end products.  TLC SSDs are able to compete vs. Hybird HDD/SSD setups and SSD caching solutions in both price and efficiency; which TrendForce sees driving much more intense competition between the three solutions in the coming year. 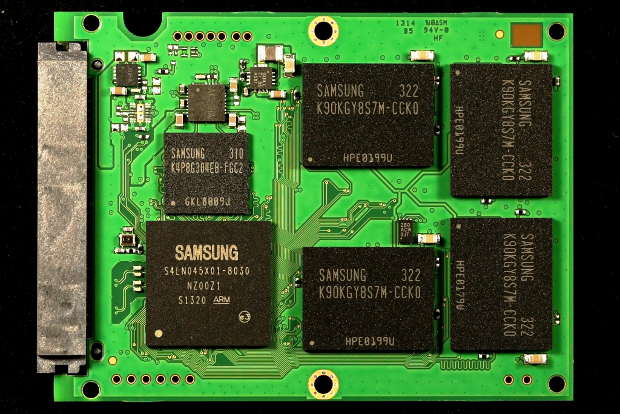 PC OEM SSD major suppliers, including Samsung, SanDisk, Intel, Toshiba, Liteon, Micron and SK Hynix, account for almost 90% of the market, although they historically employed different NAND controller strategies.  Samsung is best known for its position of “owning the fab” right down to the controller, while other OEMs such as Intel, SanDisk, Toshiba and SK Hynix are known to use both in-house and outsourced controllers.  At the other end of the scale, we have companies such as Micron  and Liteon who almost exclusively outsource their controllers to third-party vendors, such as LSI, Marvell, JMicron, Phison and SMI.  These companies represent over 85% of the outsourced NAND controller market.  TrendForce is predicting that the rapid adoption of TLC SSDs and PCIe G2 SSDs will have PC OEM SSD vendors raising the proportion of outsourced controllers to help accelerate “time to market” for their products.  This bodes well for the controller market also.

The pace of change in the SSD arena is, to say the least, mind-boggling.  The press release from TrendForce / DRAMeXchange can be viewed in its entirety here.