Last week we were eager to meet with ADATA’s team at CES 2015. In their suite they had not only some new lighting and hard drive products, but some very interesting SSDs on display. One of these is an enterprise M.2 drive featuring a SandForce SF3700 controller.

The SR1020 M.2 2280 SSD is rated for speeds of up to 1800MB/s read and 1800MB/s write over a PCIe 2.0 x4 interface. The controller on this model is more specifically the SF3739 and it is paired with MLC NAND. As a SandForce drive, it supports both DuraWrite and RAISE. On display was a 512GB capacity model, no other specs were listed. 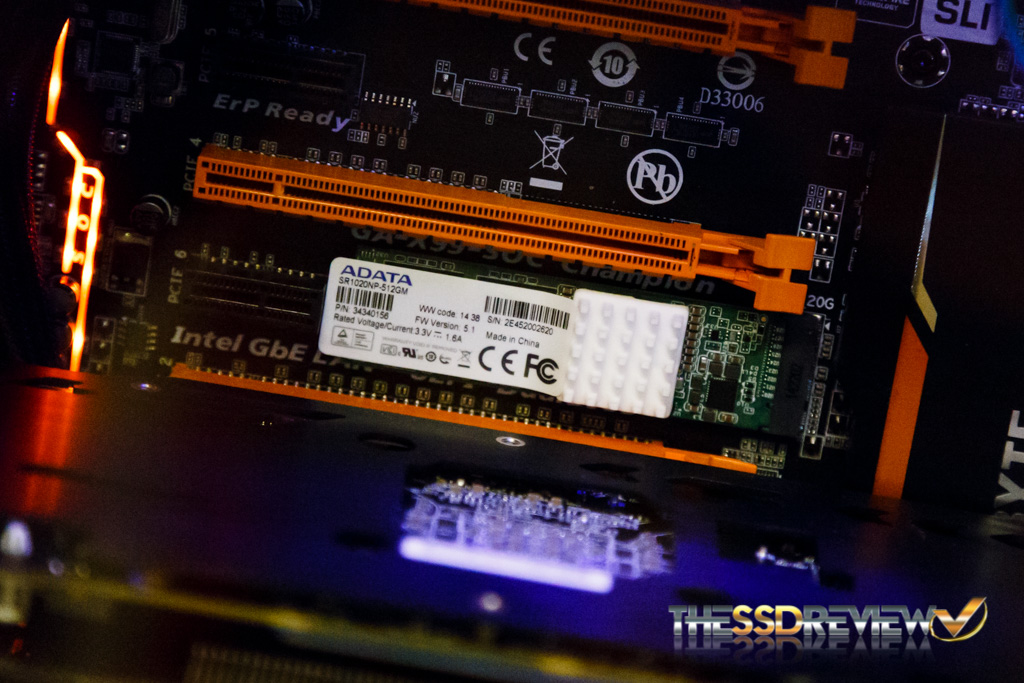 Furthermore, on live demo was their SR1010SS SSD where they were showing off its power loss protection. The SR1010SS is driven by a SF2581 controller and MLC NAND. Capacities are available in 100GB to 480GB and speeds are rated for up to 550/520MB/s read/write. On top of power loss protection it also features AES 256-bit encryption, DuraWrite, and RAISE technologies.

Another new sight to see is their SP320. It is a 6Gb/s 2.5″ form factor drive that comes in capacities ranging from 120GB to 960GB. Inside, the SP320 contains the new SMI SM2256 SATA controller and TLC NAND flash. With this combination the drive is able to achieve speeds of up to 560MB/s read and 510MB/s write.

Next up, we took a look at some of their new USBs and a UHS-II SD card. The ADATA UE720 and UCS520 are both secure USB 3.0 drives with capacities ranging from 16GB to 64GB. The UE720 utilizes a fingerprint scanner while the UC520 relies on BLE 4.0 security technology.

They also have a new UC340 series USB 3.0 drive that features a push and lock design with an integrated strap hole. Speeds are rated up to 200MB/s for read and 120MB/s for write. Capacities range from 16GB to 256GB.

Finally, the XPG SDXC UHS-II was the last thing to catch our eye in their suite.

The XPG SDXC UHS-II is a high speed card that supports 4K and 2K Ultra HD cameras. Speeds for read are up to 150MB/s, write is not listed. Capacity is up to 256GB, such high capacity is definitely needed when dealing with such high bit rate video!