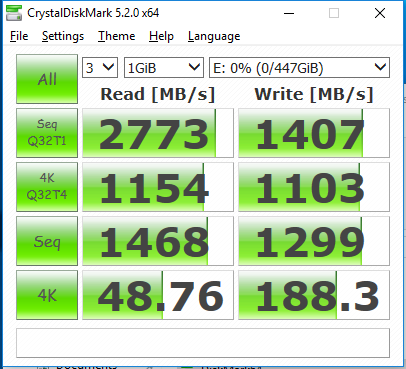 Crystal Disk Mark’s results are lower than what ATTO reports, but on the product brief, Patriot lists CDM to be rated for up to 2550MB/s read and 1260MB/s write. Given the above result we can see it easily surpasses those speeds and overall, shows very compared to the rest of the PCIe SSD market. 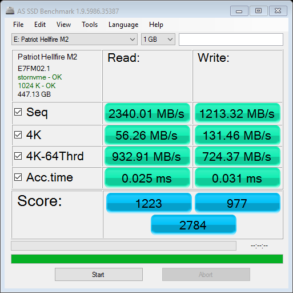 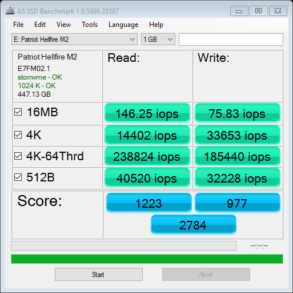 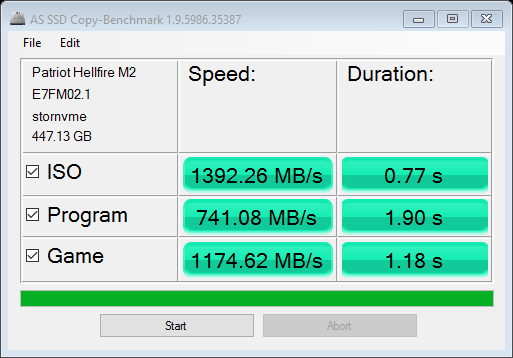 The results shown by AS SSD align with what we would normally expect based upon a drive’s earlier performance in CDM. Overall, the Patriot Hellfire achieved 2784 points. It surpassed its read and write IOPS ratings and did very well in the copy test. 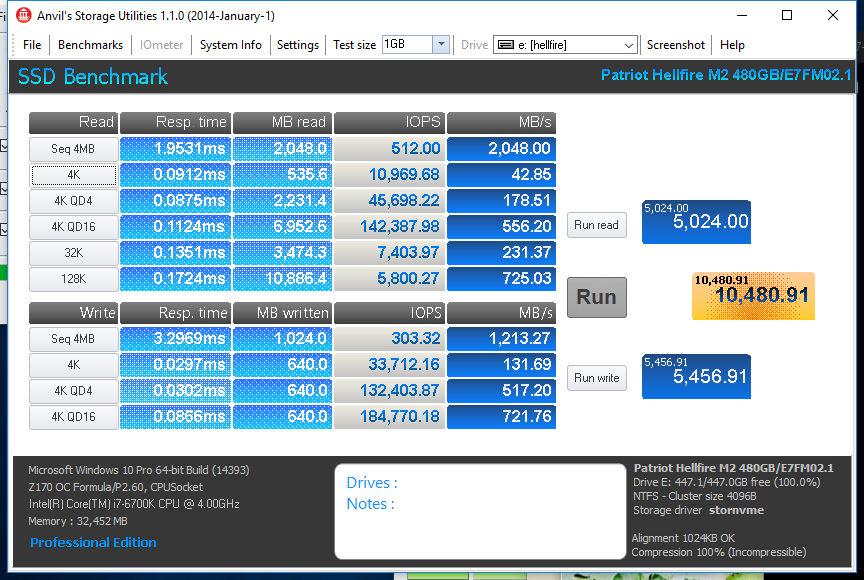 In Anvil Storage Utilities, we can see that the Hellfire reached an overall score of 10.4K. Reads maxed at 2GB/s and writes at 1.2GB/s.