Disassembly of the Tekq Rapide is accomplished by carefully peeling the two rubber rails away on the bottom of the unit and then removing four of what are easily the smallest screws we have ever seen.  Removal of the base plate followed which wasn’t as easy as we figured.  We thought using a tool to pull up through the screw hole might work but nope… We had to pull on a ledge from the top center of the device to see it come off.  The base plate is recessed and fits exact, the result of precise CNC machining. 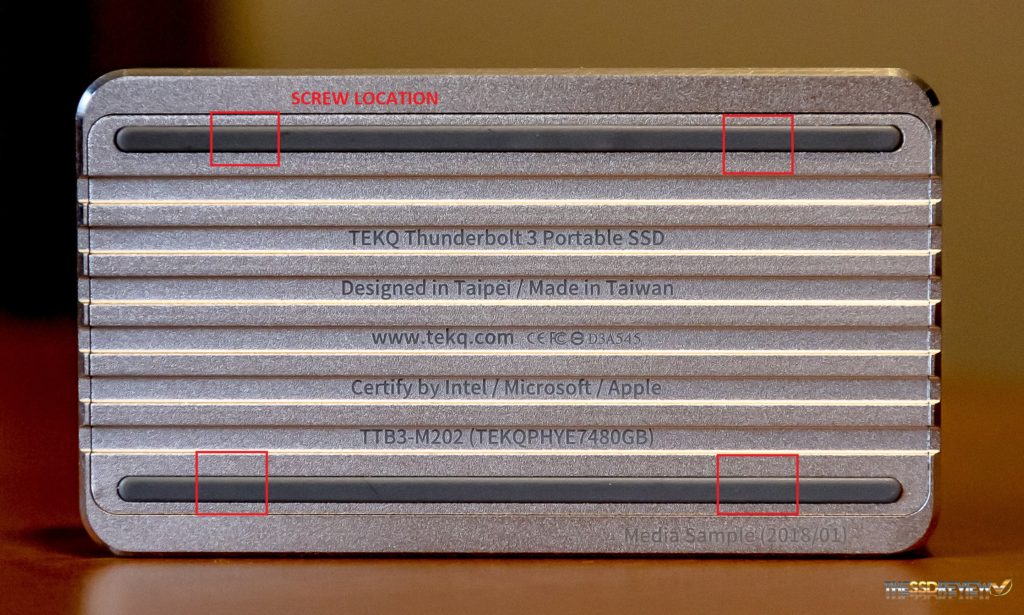 Once removed, there was access to the PCB next, again removable by four screws, and then the SSD was found on the base of that green PCB.  This picture provides a great view of just how nice the aluminum CNC cut is on this portable SSD. The large black module on the right side is the Intel Gen 3 JHL6340 Thunderbolt 3 controller which provides up to 40Gbps bi-directional data transmission and reversible connectivity.  Theoretically this might see as high as 5GB/s throughput, but for the ThunderBolt 3 overhead and Display Port needs.  The most we have seen from Thunderbolt 3 in reality is somewhere in the area of 2.8GB/s throughput. 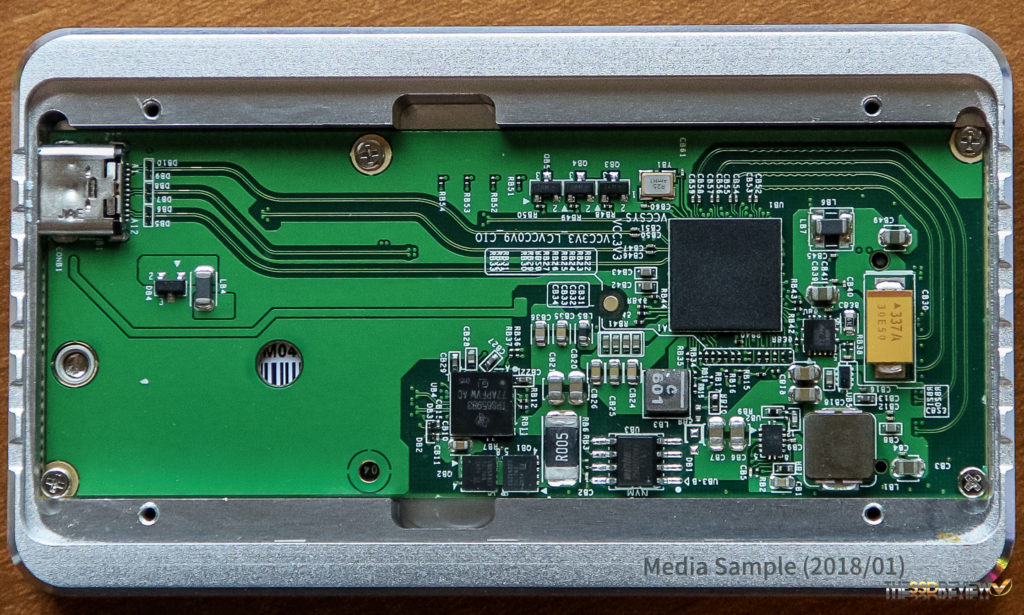 On the inside base of the Tekq Rapide is a strip of blue thermal padding which seats itself against the SSD controller, cache and memory when the green PCB is in place.  Heat dissipates from the SSD, via the thermal padding to the outside of the device where the fins cool the unit.  Similarly the base plate also contains two pieces of thermal padding for the Intel TB3 controller and the port housing. 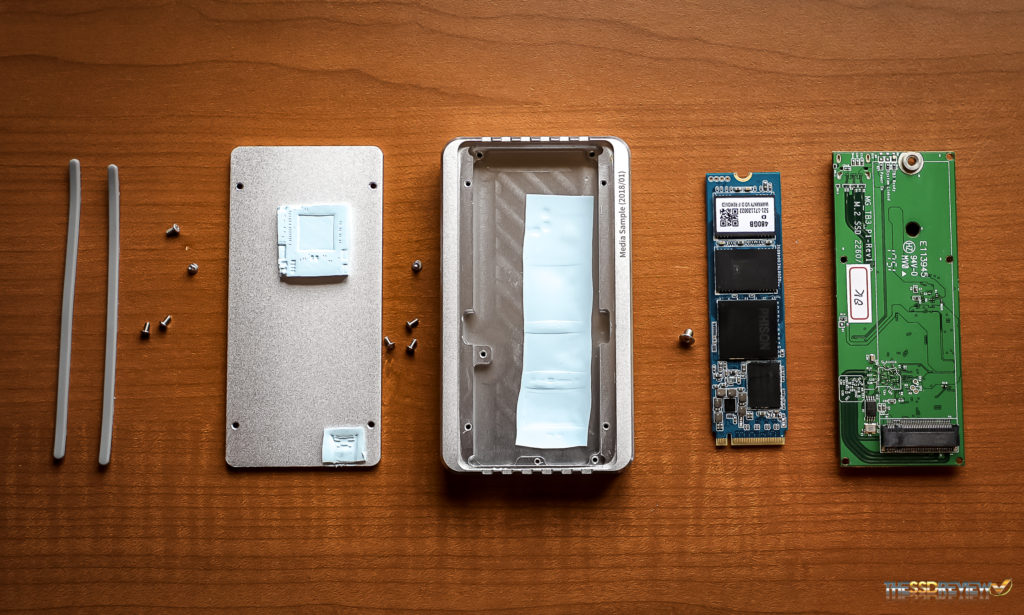 The SSD inside the Rapide is the spitting image of the Kingston KC1000 M.2 NVMe SSD, but for the firmware as we are told. It is officially the Tekq PSE7 NVMe SSD.  If you are not familiar with the KC1000, you just might want to check out our report on the Kingston DC1000 enterprise SSD.  That SSD is still the world’s fastest PCIe NVMe AIC SSD at over 7GB/s throughput and one million IOPS and contains four KC1000 M.2 NVMe SSDs. 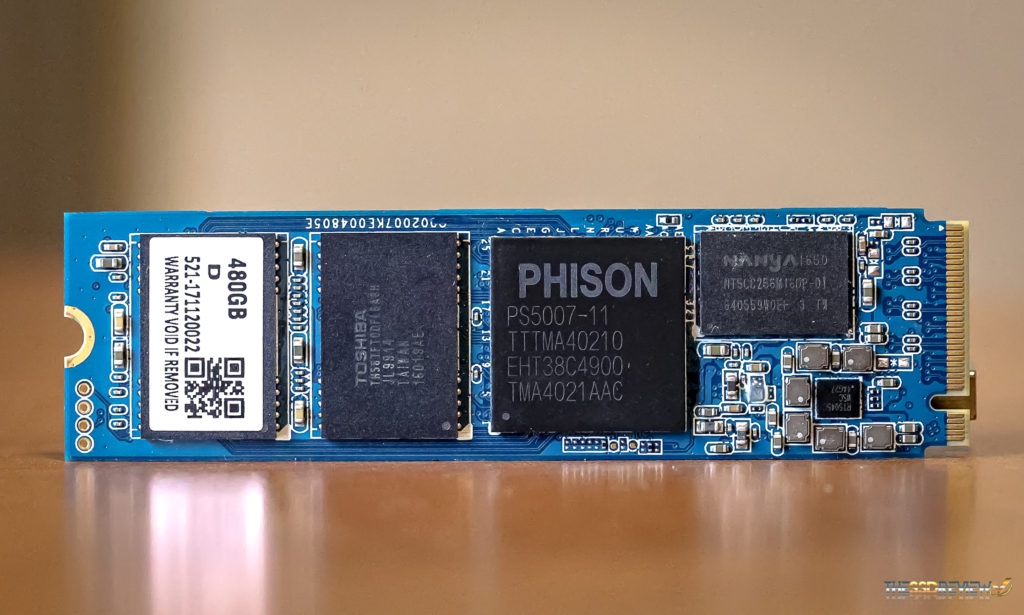 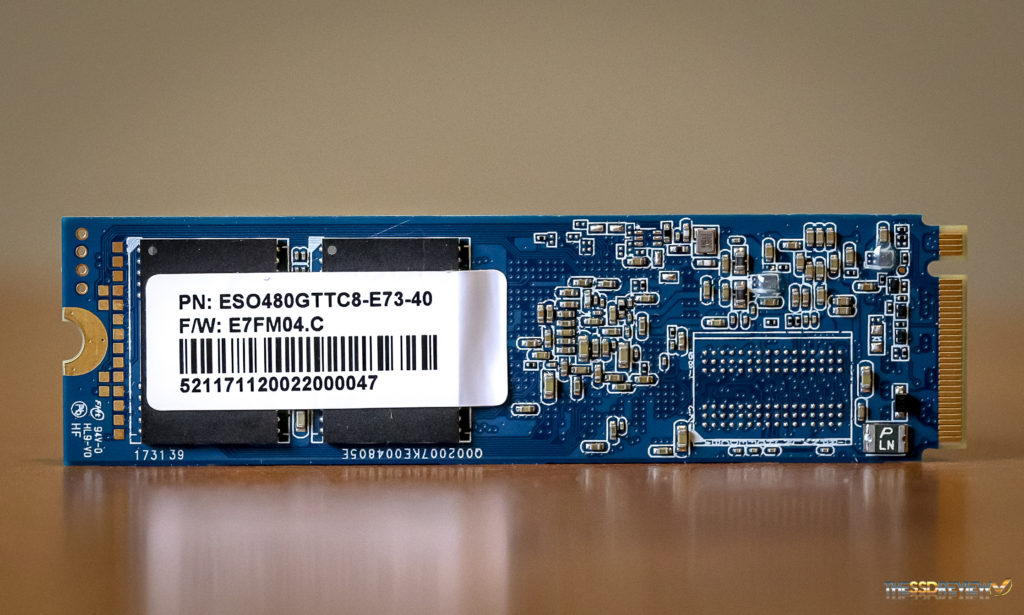 This memory, albeit not the newest, holds a great reputation and was formerly seen in the Corsair MP500 NVMe SSD, which can be seen here and also resembles our SSD today, right down to the 256MB NANYA DRAM cache.  This SSD has a 512GB RAW value and provides the user with 447GB of storage space when formatted.

Good product, I thought about product of this kind, now they need to make it easly serviceable let us the option to buy empty shell and place for another drive to run it in raid.

The key to this SSD is the firmware and that is why what you are saying is not so simple. I have tried 3 other M.2 SSDs in this unit…all higher capacity of course, and they cannot provide consistent benchmark results. This M.2 SSD is matched specifically with this product having specific firmware. I even have same drive same capacity…nope.

might be complicated to implement, but that what separates the good products from the great ones.

Agree… well except there is only one of these in the world right now.

Alfred here, the project manager of TEKQ. In fact we do have empty shell solutions but right now only accessible to business client. We didn’t know there was such a big demand for this when it comes to personal use. I’ll let the developing team know your request. It’s so interesting to see you disassemble this little thing LOL.

You are more than welcome to send an empty shell solution this way for testing if you like. I have several M.2s and get them regularly. So far, I have tried the 960 Pro 2TB, OCX RD400 and the original oem Toshiba 1TB drive…without much luck in the Rapide I am afraid.