SSD testing at TSSDR differs slightly, depending on whether we are looking at consumer or enterprise storage media. For our Thunderbolt 3 testing today, our goal is to test in a system that has been optimized with our SSD Optimization Guide. To see the best performance possible, the CPU C states have been disabled, C1E support has been disabled, Enhanced Intel SpeedStep Technology (EIST) has been disabled. Benchmarks for consumer testing are also benchmarks with a fresh drive so, not only can we verify that manufacturer specifications are in line but also, so the consumer can replicate our tests to confirm that they have an SSD that is top-notch. We even provide links to most of the benchmarks used in the report. 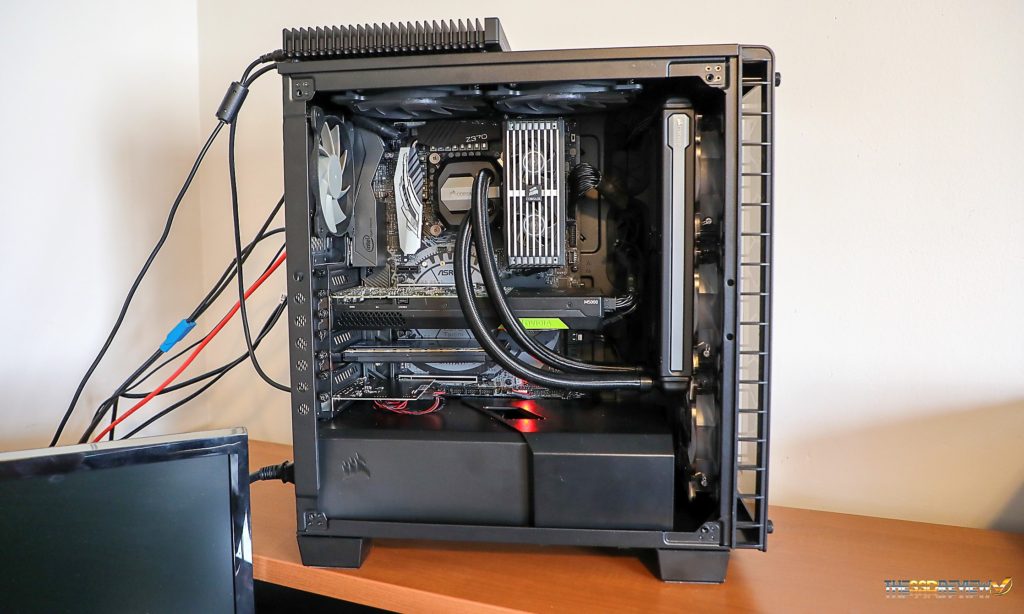 The components of this Test Bench are detailed below.  All hardware is linked for purchase and product sales may be reached by a simple click on the individual item. As well, the title is linked back to the individual build article where performance testing can be validated.

Other than newer laptops, Thunderbolt 3 is not typically seen in desktop systems and a Thunderbolt 3 card is necessary.  It is important to note that Thunderbolt 3 has really only became popular within the last few months, the inevitable result of Intel’s ‘loosening the reigns’.  We will start to see much more Thunderbolt 3 devices in the next while than we have in the previous two years since it has been out.  Not only have we this device, but also, another is on its way which will be just as much of a shock as this report is. 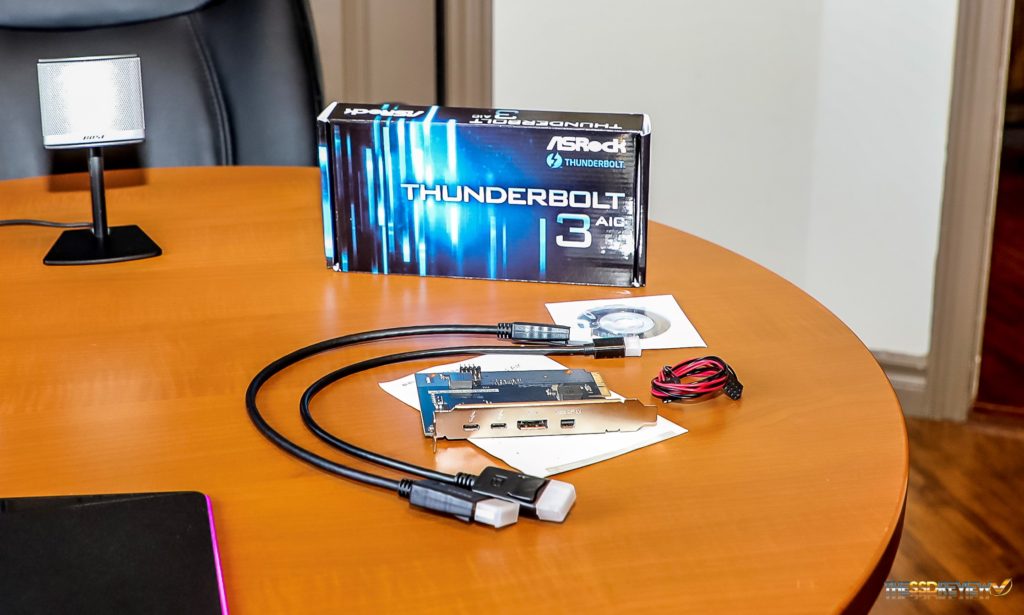 As it stands, most motherboards that are Thunderbolt 3 capable have a switch to turn it enable this in the UEFI, as well as a port to plug in an AIC Card.  For our purposes, we purchased the ASRock Thunderbolt 3 AIC for our testing and it worked perfectly. 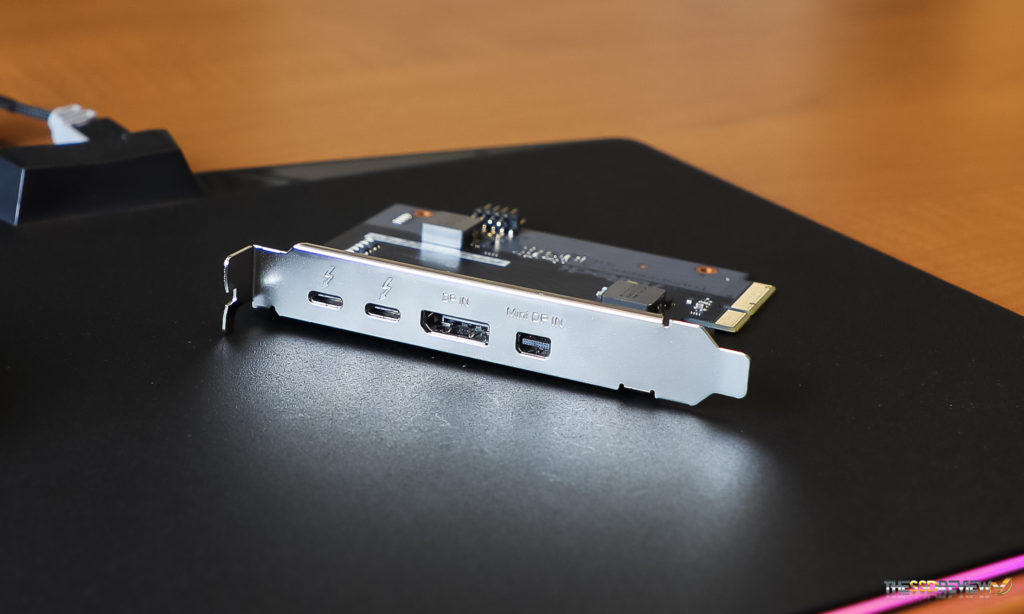 The software in use for today’s analysis is typical of many of our reviews and consists of Crystal Disk Info, ATTO Disk Benchmark, Crystal Disk Mark, AS SSD, Anvil’s Storage Utilities, AJA, PCMark Vantage, as well real data transfer testing. Our selection of software allows each to build on the last and to provide validation to results already obtained. 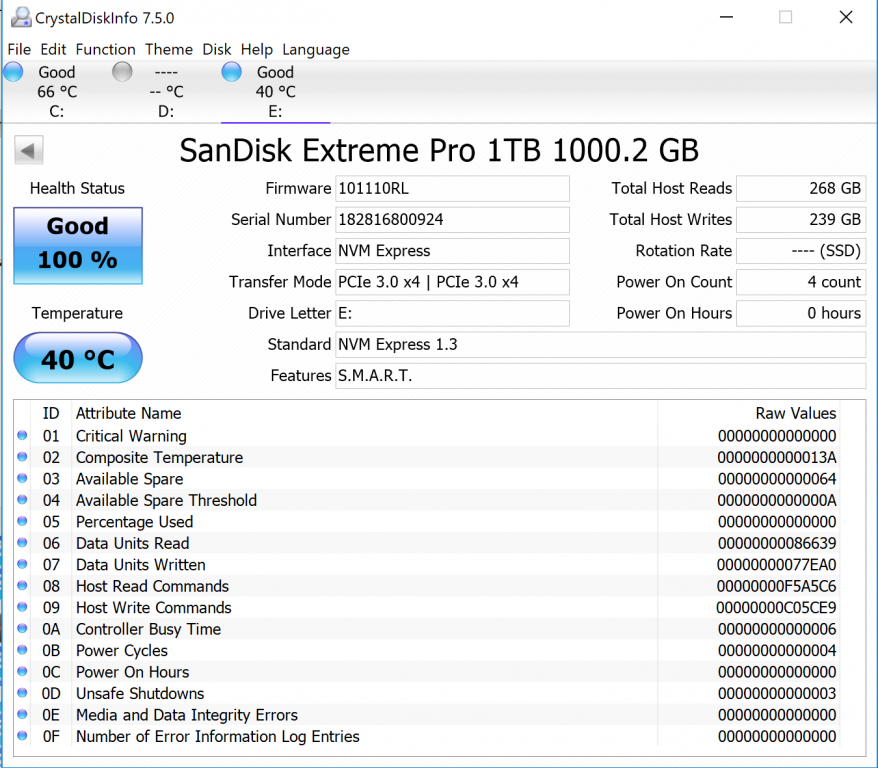 This Crystal Disk Info result validates our belief that the SanDisk Extreme Pro 1TB M.2 SSD is contained within. We can also see that the latest NVMe 1.3 protocol is being used, and as well, we are using PCIe 3.0 x4.

How you do thinking third party SSDs like Intel’s 2TB 660p will work with the G-Drive mobile Pro enclosure?