For our Real World File Transfer Comparison, we have included the Samsung 860 Pro 4TB 2.5″ SSD, Intel SSD5 545s, OWC Mercury Electra MAX 6G, SanDisk Cloudspeed ECO, Sandisk Extreme Pro, OWC Mercury Extreme Pro 6G, Intel 320 3Gbps SSD from 2011, in our testing with the Samsung 2TB 860 EVO M.2, SATA 3 SSD.    This test is conducted through the transfer of data from one spot on the test drive to another to give us the truest of transfer speed results for that device.

Our original idea was to pit the newest 860 EVO M.2 SSD against the newest 860 Pro 2.5″ 4TB SSD we just reviewed last month.  In grabbing a few other SSDs from the pile, we thought that it might be a bit amusing graduating the SSDs through the years, starting back in 2011 with the Intel 320 SSD that we had on hand.  It is great seeing a depiction of how performance improves over time while still focusing in on SATA SSDs. 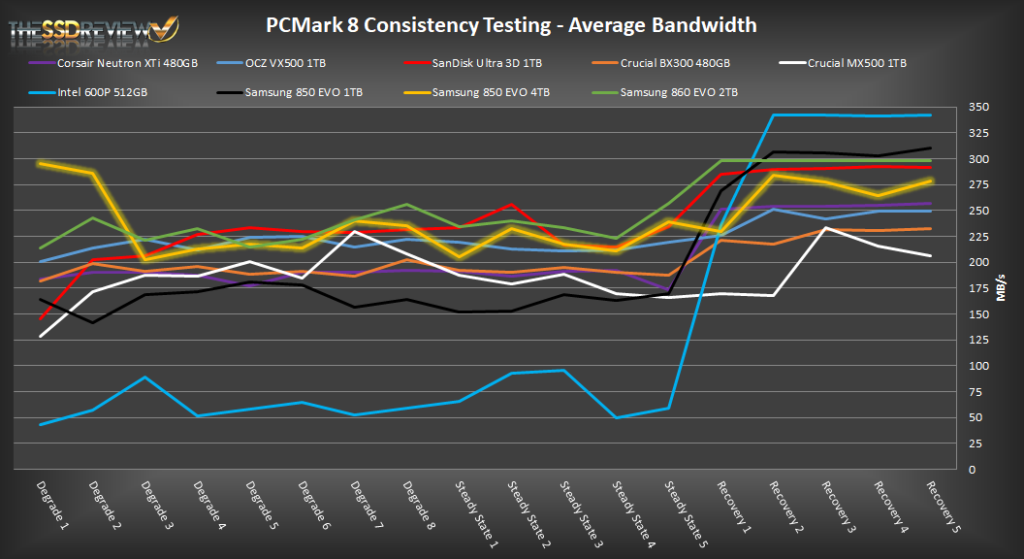 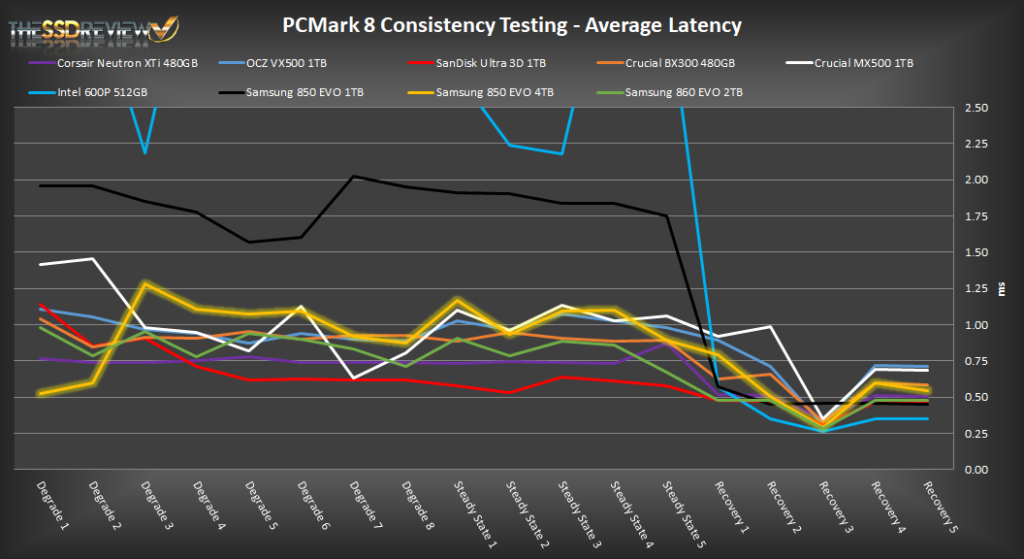 Perhaps rather surprisingly with respect to this SSDs standing in the original PCMark 8 Storage Benchmark, the Samsung 860 EVO 2TB M.2 SATA 3 SSD stood its ground here and placed right where we figured it should be.  More specifically, there is solid ground that Samsung has improved upon its last generation 850 EVO.