Although we might not typically rely on a manufacturers own testing tool, this Samsung magician result does a great job of confirming the performance that we have been seeing with the Samsung 860 EVO 2TB 6Gbps SSD. 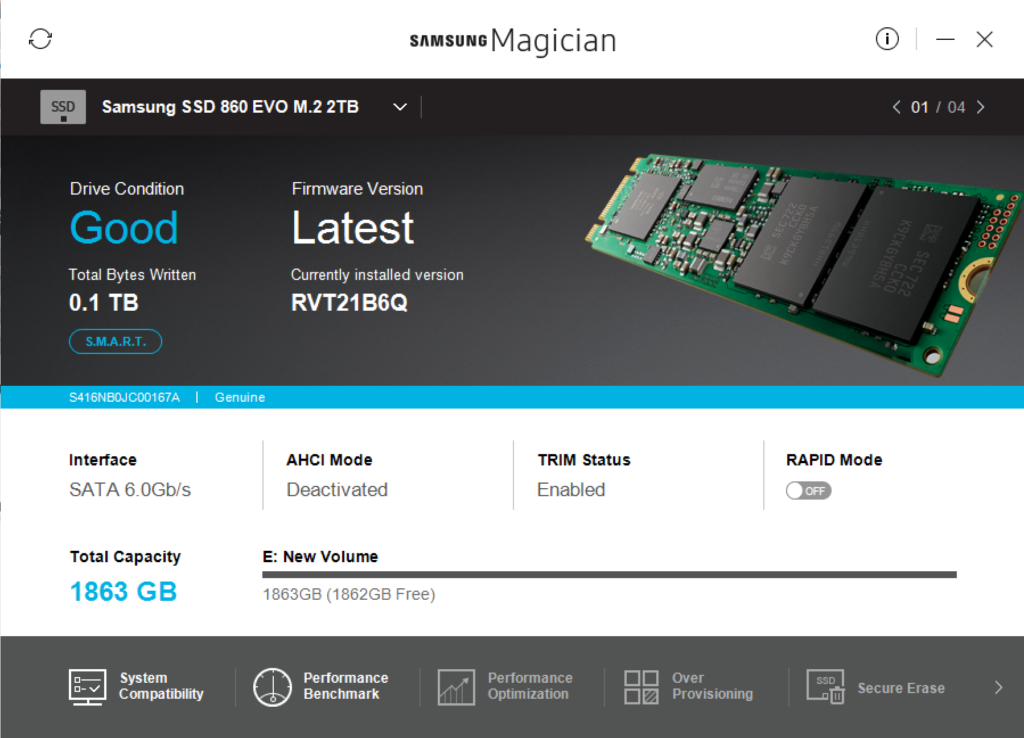 Our PCMark Vantage performance is very similar to that of the 860 Pro with five of the eight tests above the 400MB/s range and a Total Score of 87565. 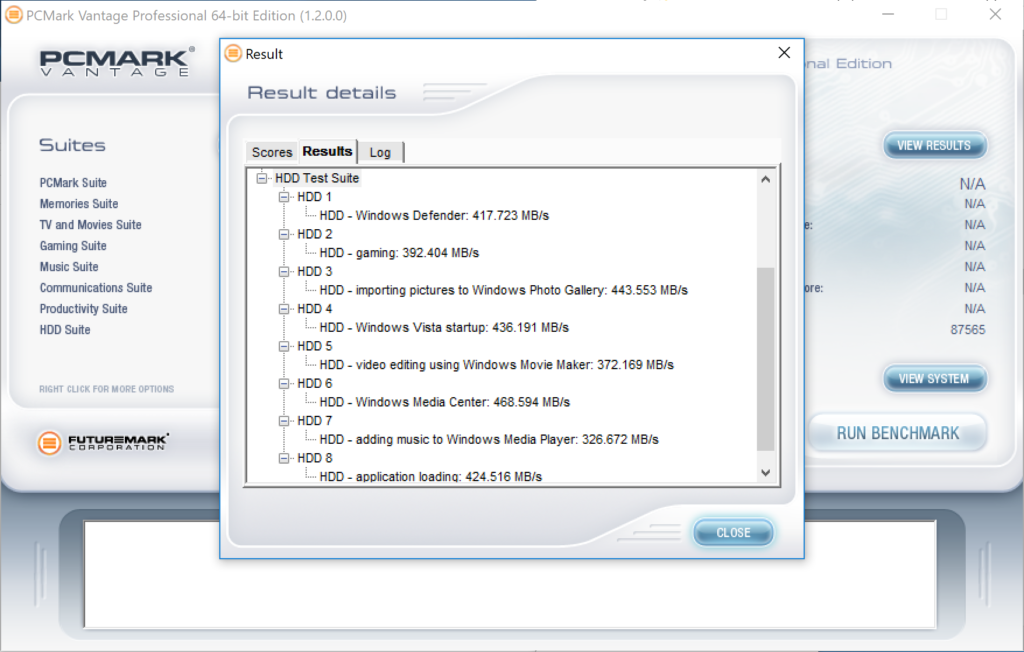 We werent happy whatsoever with this result and we are still trying to work out why this might be lower than we expected…significantly lower. We figured it would average around 310MB/s but, as you can see below, the Samsung EVO 860 fell below other SATA 3 drives that it shouldn’t have.  We will continue to explore reasoning, updating the report should we find a cure. 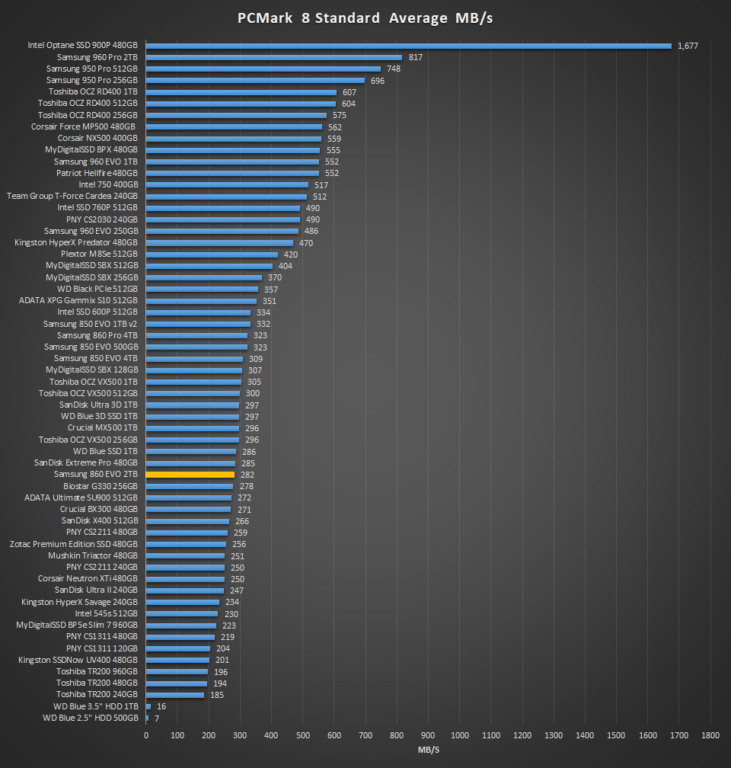