Out with the old, in with the new is how the saying goes! Although, in this case, the old really isn’t that old and is still quite bleeding edge technology. This doesn’t stop Samsung though. Today we are going to take a look at the performance of Samsung’s 3rd generation 48-layer 256Gb TLC V-NAND. That is right, Samsung has now transitioned over to yet another generation of 3D NAND when other manufacturers have yet to even release any products with their 3D NAND, although, they are right around the corner.

First released back in August 2013 Samsung’s first generation of V-NAND was only used for in enterprise-class products. It boasted a 20% increased performance and a 40% reduction in power consumption versus previous SSDs. The next year in May Samsung moved onto their 32-layer design and soon after they released the 850 Pro and 850 EVO. This transition helped them maintain their lead spot in the SSD marketplace for the past few years. Now, in 2016, they are transitioning to what is now a 48-layer design which promises to be even more efficient with a 30% reduction in power consumption, doubling of capacity per chip, which means 4TB and or larger models, and best of all, no performance loss. 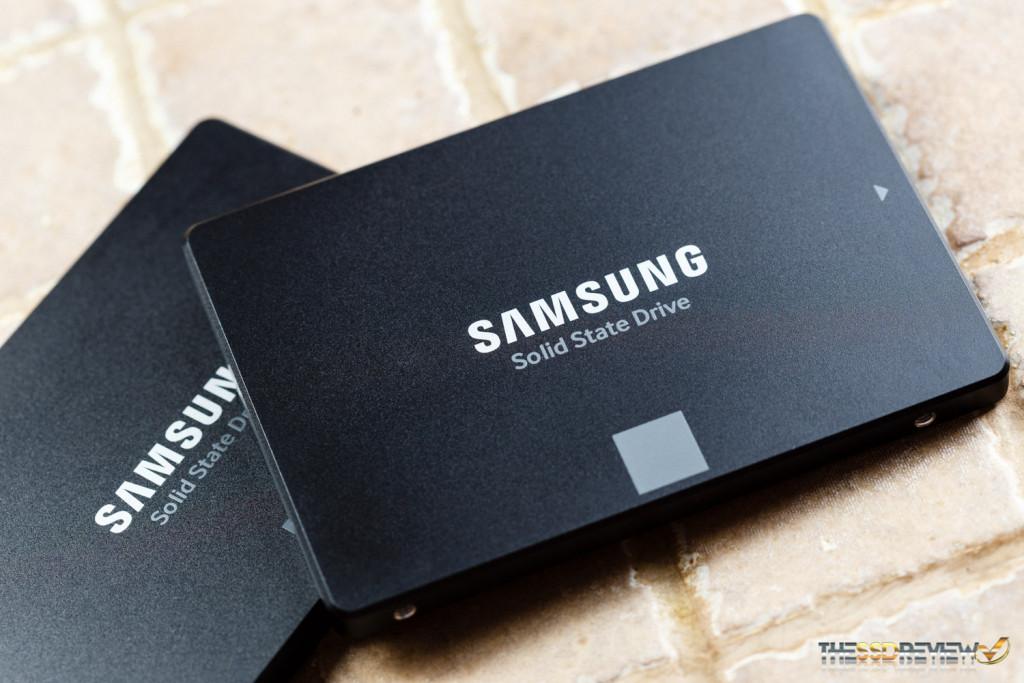 Okay, all of this sounds good and all, but what is V-NAND? For those of you who do not know what NAND is, let alone V-NAND, it is quite simple. First off, NAND flash is the memory in an SSD. Typically bits, or data, is stored as a charge in cells within the NAND. That said, NAND was typically planar where the NAND gates were scaled on an X and Y axis. With this comes issues at smaller nanometer sizes and higher densities. With more bits stored closer and closer, bit errors increase and endurance only got worse. To increase densities and overcome these issues it called for a new design, in this case, to simply go vertical.

3D NAND, unlike typical planar NAND, added another dimension, Z, which allowed the bits to be stored vertically. In the case of Samsung’s latest 48-layer V-NAND, each cell utilizes a 3D Charge Trap Flash (CTF) structure, with cell arrays stacked vertically to form a 48-storied construction that is electrically connected through approximately 1.8 billion channel holes that are punched through the arrays by utilizing a special etching technology. Each chip contains over 85.3 billion cells in total. They are able to store 3 bits of data each, resulting in a total of 256 billion bits of data or 32GiB. This is quite impressive. 3D NAND is the way of the future, as we stated before, Micron and Crucial will be releasing products with their own 3D NAND later this year and hopefully soon others.

WHAT TRANSITION DOES THIS MEAN FOR US?

A change in components of an already released product hasn’t always been the best of choices for a company and has in the past resulted in a consumer backlash. Back in June 2014 we even wrote a piece on the realities of Bait and Switch claims when companies such as PNY and Kingston swapped out NAND and controllers on some of their products. In light of this, it could be why we were given the chance to test this revision update in the first place. Samsung has enough confidence in their product that their results should not be the same as what we have seen with other companies. On the contrary, we were told that we should see lower power consumption and similar performance on top of being able to purchase 4TB models when soon released. But, let’s not get our hopes up until we put this new drive through its paces, shall we?

For today’s comparison, we are going to be taking a look at the 1TB versions of both the original 32-layer V-NAND 850 EVO and the newest 48-layer model. Performance specs are supposed to be unchanged, meaning we should still see 540MB/s read and 520MB/s write and up to 98K/90K read/write IOPS. Endurance is still rated for 150TBW and it still comes with a 5-year warranty. On top of all this, the standard features are unchanged as well. It still supports encryption and RAPID mode.

The packaging and case for the 850 EVO has hardly changed, so we decided to forgo noting these for our readers. Instead, we decided to jump right in and check out what was inside. 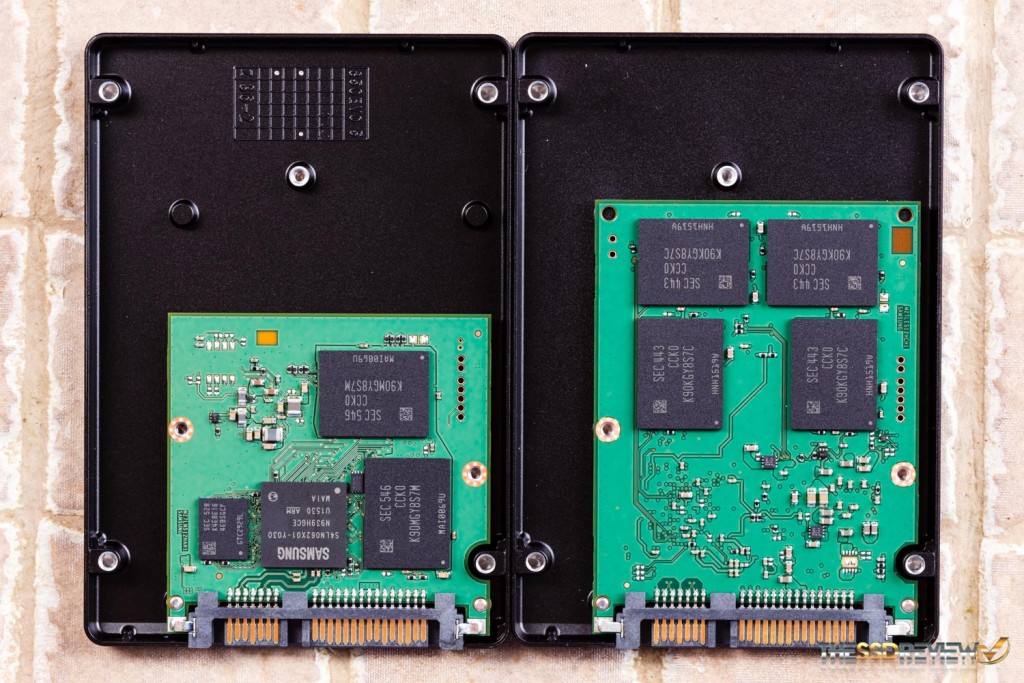 At first sight, we can see that the newest model, pictured above on the left, is a half-sized PCB vs the 3/4 sized PCB on the original. The number of NAND packages has been cut in half as well. Rather than eight, there are just four. 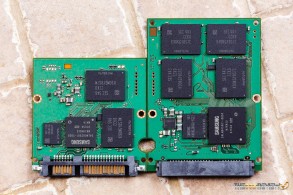 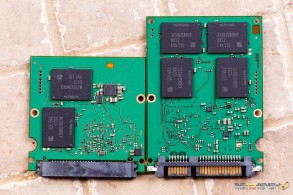 Looking closely at both PCBs and the components on each, it seems that the PCB wasn’t the only thing that shrunk. The controller and DRAM chips themselves are slightly more compact versus the original as well. With all these internal changes we can’t help but think that these newer SSDs now have a slightly lower bill of materials cost that could also be passed onto the consumer if competition gets rough. Also, in case you were wondering, the formatted available capacity is unchanged with this transition. Let’s continue on and start testing!
Pages: 1 2 3 4 5
1TB 32-layer 3D V-NAND 3D NAND 3D V-NAND 48-layer 3D V-NAND 850 EVO Anvil ATTO Crystal DiskMark PCMark Vantage Quarch Samsung Samsung 850 Evo SATA 3 Solid State Drive SSD Vantage 2016-03-24
Sean Webster