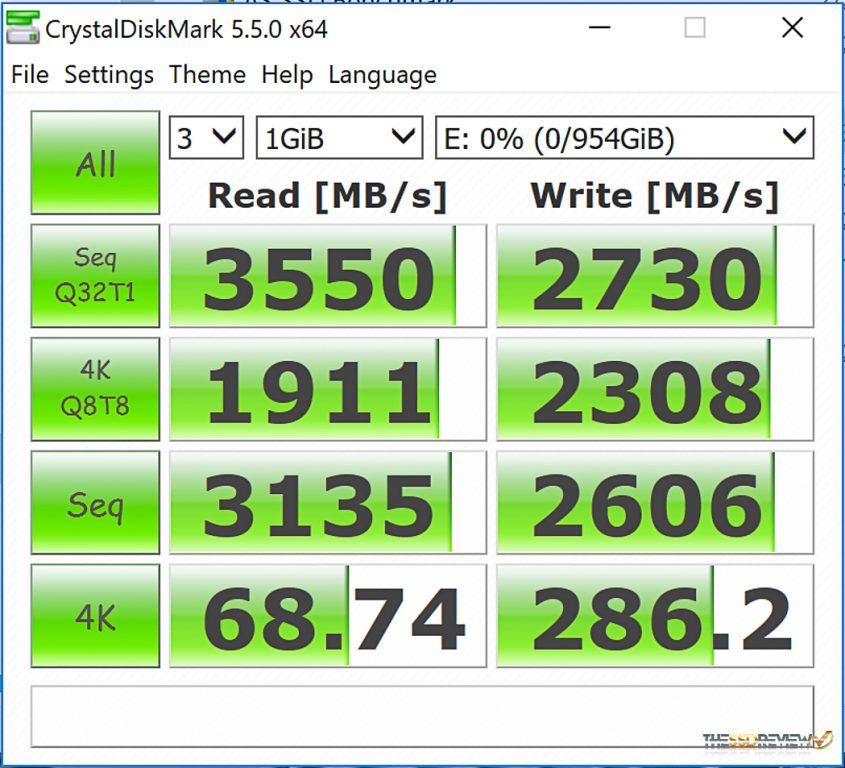 This is the best result we have ever received for an M.2 SSD.  Typically, we might see performance drop just a bit with Crystal Diskmark as it relies on 100% incompressible data samples, but not here.  This result shows the absolute best we have seen , not only as a whole, but in each specific testing category. 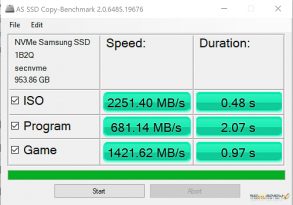 AS SSD fell in line with CDM as it had just about the best score we had seen for an NVMe SSD, demonstrating amazing results of 457K read and 591K write IOPS.  The read dips just a bit but the write IOPS of 591K were off the chart for a single SSD. 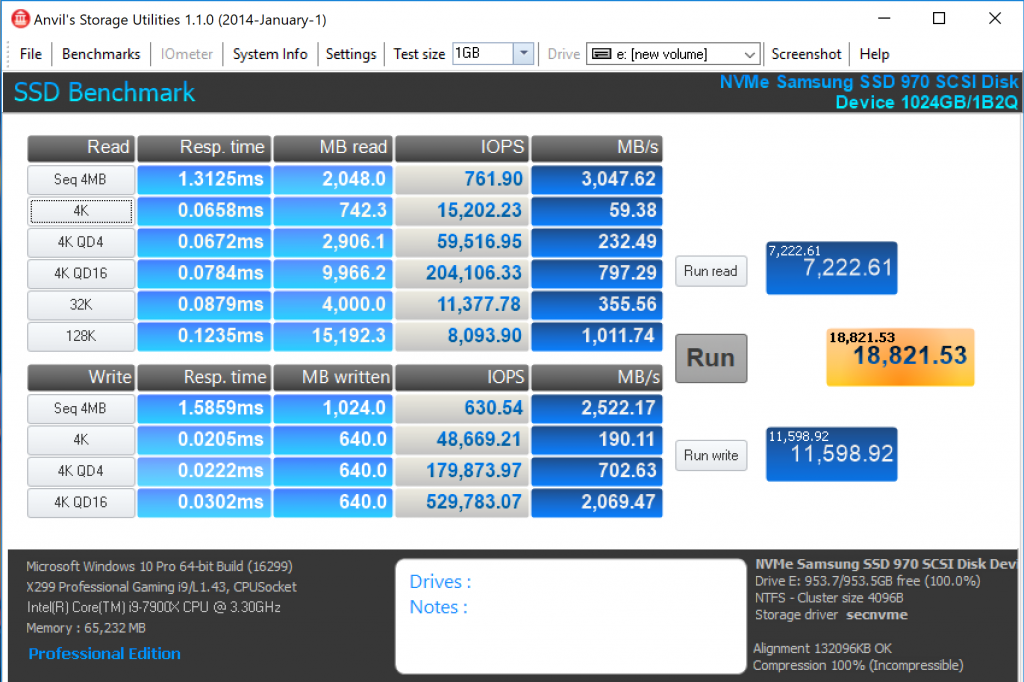 And we would only expect Anvil to follow suit with the highest performance we have seen from an M.2 SSD as well.  529K write IOPS is incredible and the Total Score of 18,821 is almost 2000 points higher than anything we have seen.

This Samsung 960 Pro fared well with all tests but one being over 1GB/s, and two of the results over 2GB/s.  Once again…top score. 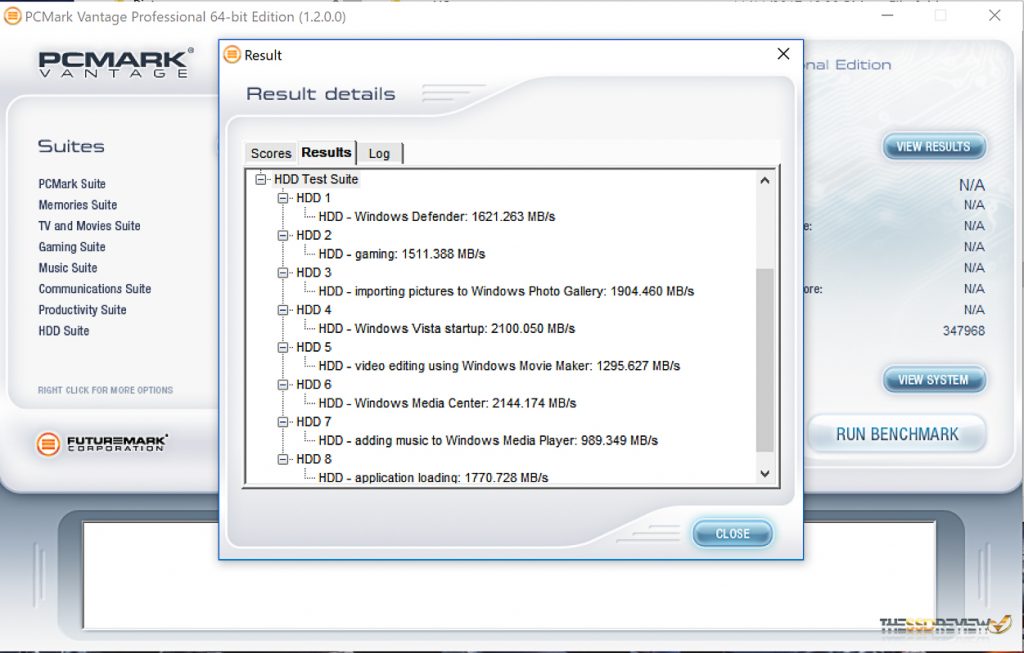 THOSE 4 K NUMBERS AIN’T CONSISTENT ,ANVIL CAN’T BE RIGGED THEREFOR 60 MBPS RANDOM READS AND 200 WRITES IS MORE TO THE REALM,IT AINT THAT QUICK,I GET 3.56 GBPS READS FROM A FLAGSHIP OEM/IBM VARIANT,CRYSTAL SOFTWARE ,THAT DON’T MEAN I OUGHT TO ASSUME IT’S THE REAL WORLD,NO?
YOU FAILED TOIMENTION SPECIFIC DRIVERS USED IN THIS UNREAL CRYSTAL BENCH TEST,NO?

Can’t wait for the 980 PRO, which should introduce PCIe 4.0 support!