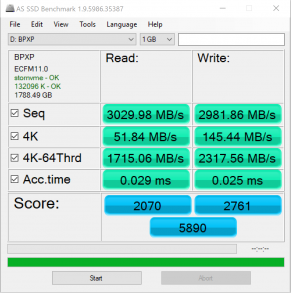 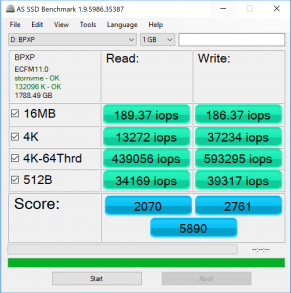 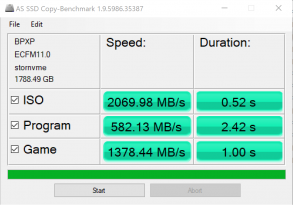 Looking at the throughput result of AS SSD, we can see that the high sequential results are a bit lower, as they normally might be with this software, but it is surprising to see the low 4k random performance actually better than the previous Crystal DiskMark result. IOPS are also decent at 439K read and 593k write. 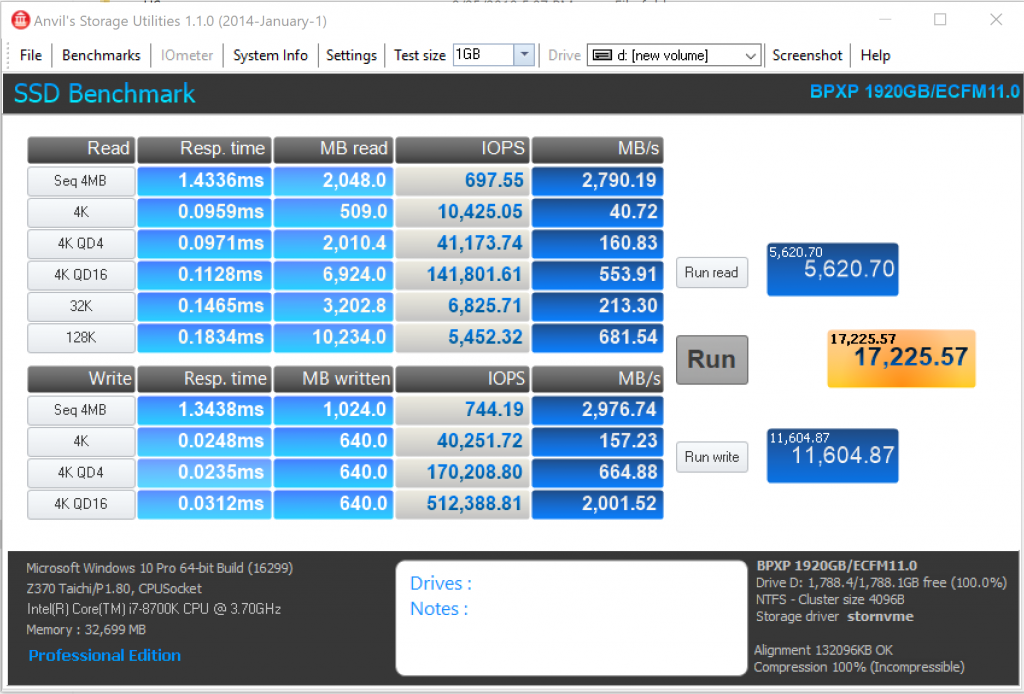 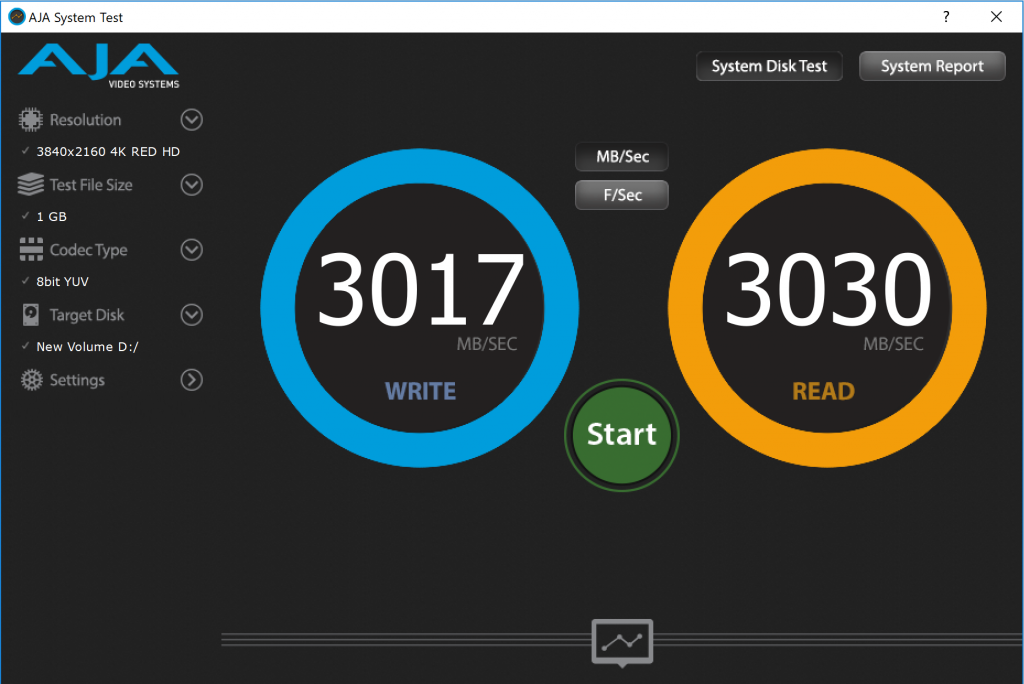 As outdated as it is,  we like to throw in our PCMark Vantage results and here we can see that 5 of the 8 tests had transfer speed results over 1GB/s. 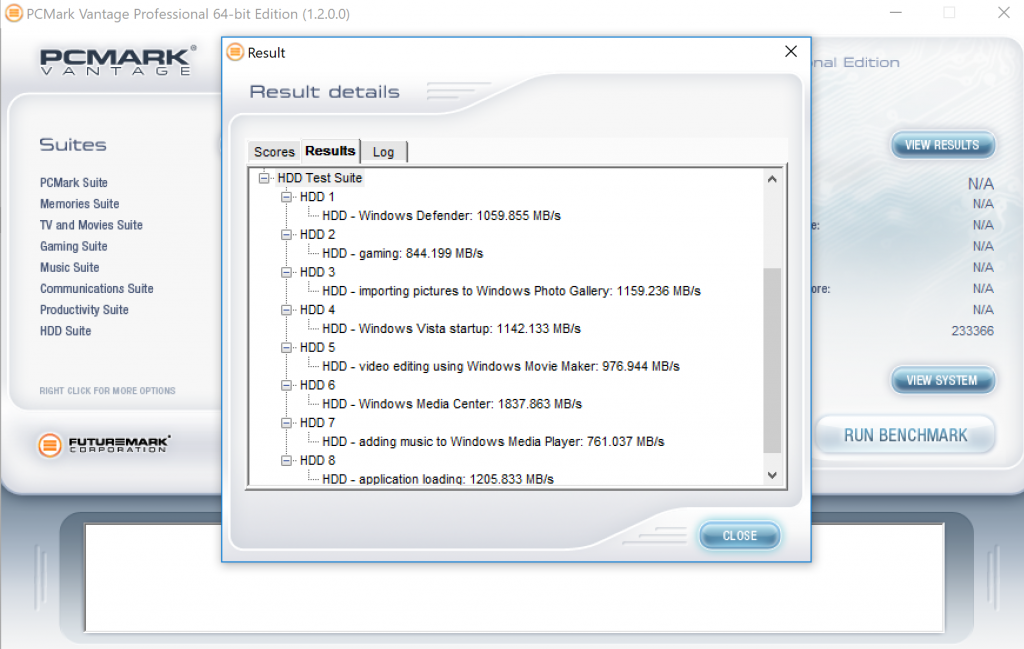 “This SSD is listed as a 1920GB SSD, vice what adds up to be 2048GB as might normally be calculated by RAW NAND flash memory; this accounts for over-provisioning. When we format the SSD, however, the total available storage space available to the user is only 1788GB. ”