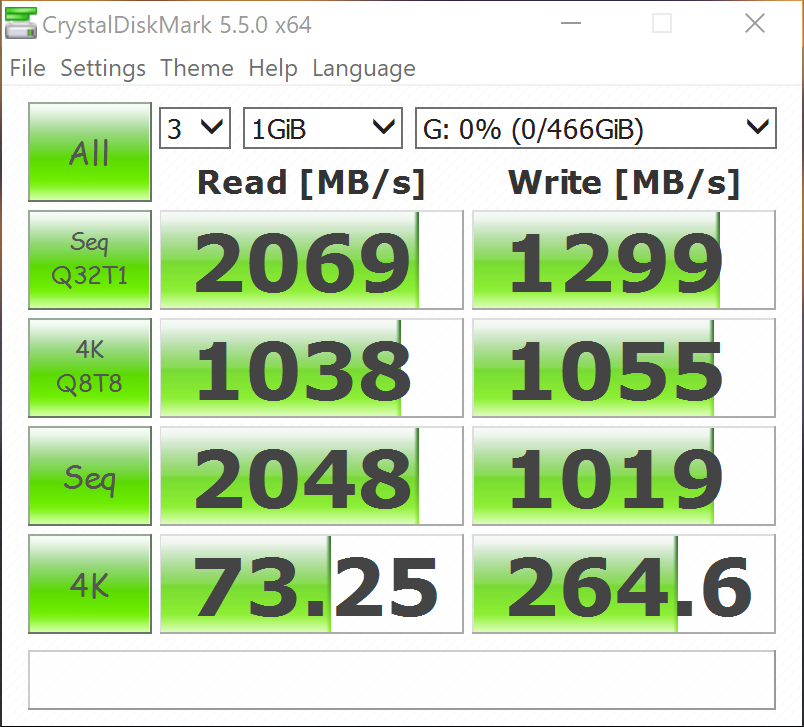 This is an ideal result from the HP EX900 where we see great sequential and, as we did with the EX920, very high 4K random performance. 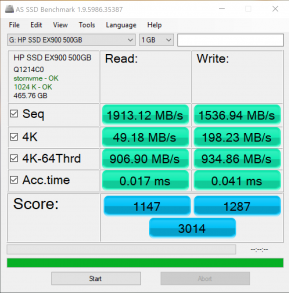 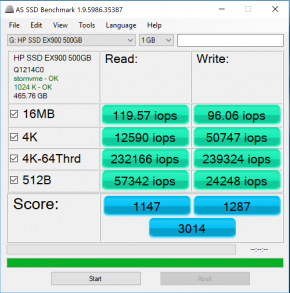 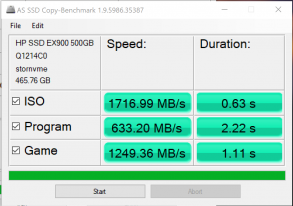 We are starting to see some very good things from the HP EX900, starting with both read and write IOPS above 230K, well above the 120K of listed specs. 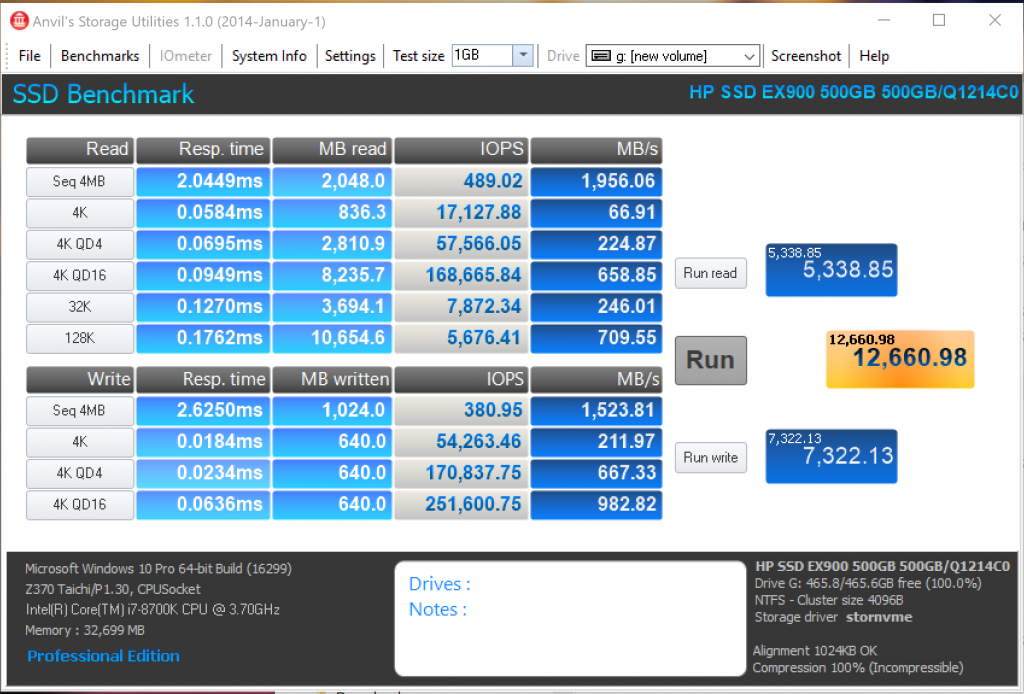 It is reports like this when Anvil becomes most valuable, reports where we see performance above listed specs, or just unexpectedly high performance.  We can validate exactly what drive is being tested with Anvil.

To see a test result of 1747MB/s when the maximum it could reach with the EX900 is 2100MB/s is pretty decent.  This is an amazing PCMark Vantage result for this SSD, with six of eight tests over 1GB/s. 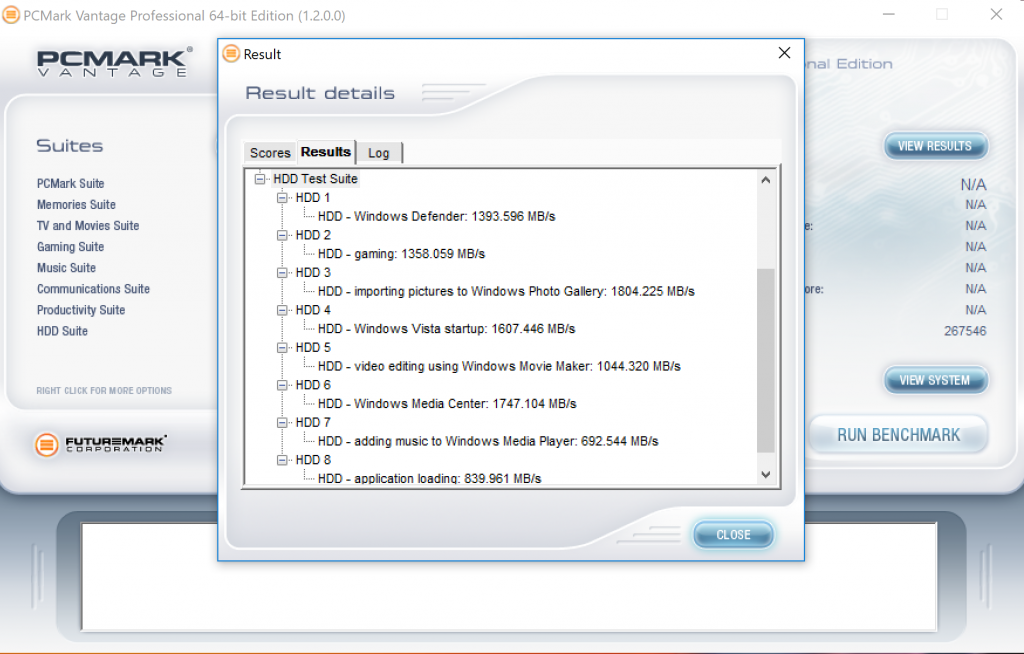