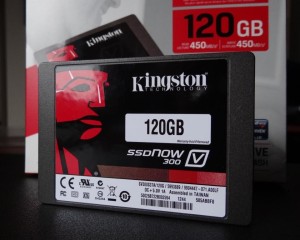 Today’s SSD analysis takes a look at a new SSD to the market, this being the Kingston SSDNow V300 SATA 3 SSD.

The V300 is a unique Kingston SSD introduction as it is their first product using the new Toshiba 19nm NAND flash memory process, but also, this SSD is ‘SandForce Driven by LSI’ and a key example of the success that can be had when two companies work closely together.

It is no secret that the established ‘best practice’ with respect to consumer SSDs has become that of ‘more for less’.  Getting more value, and potentially more capacity, to the consumer is key and manufacturers are finding ways to do this using memory that has a smaller overall footprint. The Kingston V300 seems to be an ideal example of this value, at least on the outside, so let’s take a closer look at where technology seems to be heading.

has the V300 priced at roughly $77 and $109 with pricing just a bit higher with the included full migration kit.  Specifications list 240GB as being an included capacity, however, we aren’t seeing any online at Kingston or Amazon as of yet. Performance for the V300 is listed at 450MB/s read and write with a high of 85,000 IOPS at low 4k aligned random write disk access and a standard 3 year warranty is included with the V300. 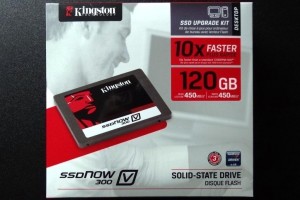 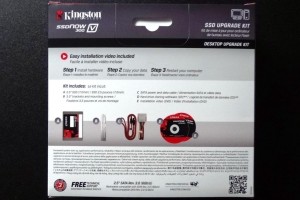 Kingston has done a great job with design of the new V300 packaging, highlighting such things as the massive performance improvement from a typical hard drive and ease of migration.  Our review sample is the SSDNow V300 120GB capacity with complete desktop SSD upgrade kit. 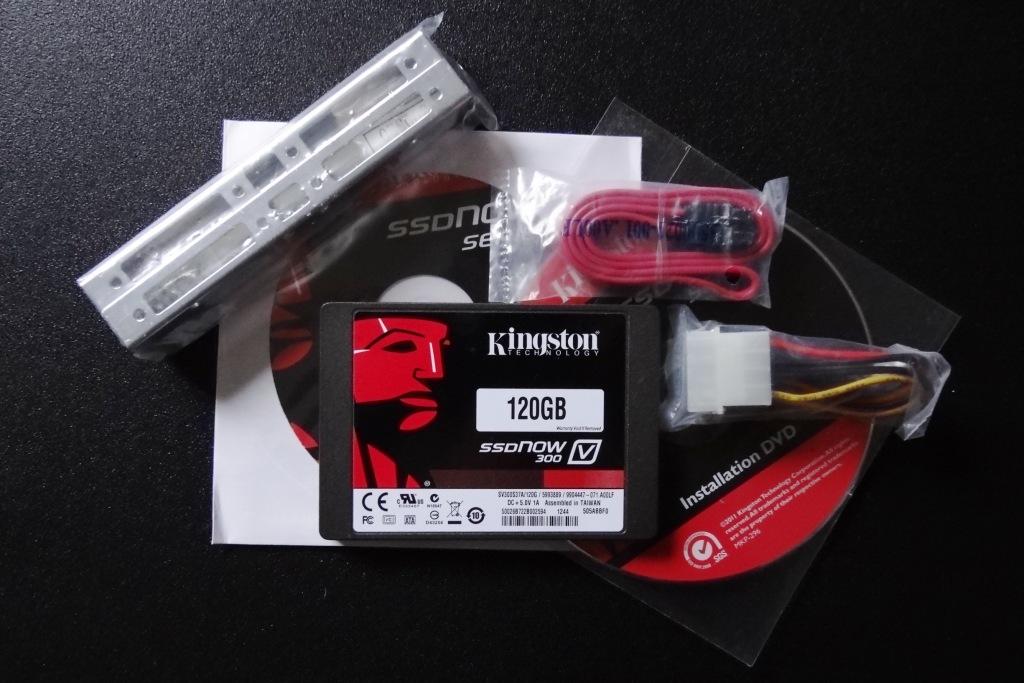 The kit includes an adapter, power and data cables as well DVDs for installation and cloning your present system to the new V300. These SSDs are probably the best example of ease of installation we have seen to date.  The first Kingston Installation SSD is no more than a video that walks you through the complete process for both desktop and notebook systems whereas the second DVD is a PDF Guide that is very well written, as well as a copy of Acronis True Image HD Cloning Software’

The Kingston SSDNow V300 is of a grey gunmetal look exterior, only 7mm thick for ultrabook installations, and secured by four screws on the bottom of the drive, one which of course is covered by security tape and would void the warranty if tampered with. A quick click on any of our pictures will bring up a higher resolution photo. 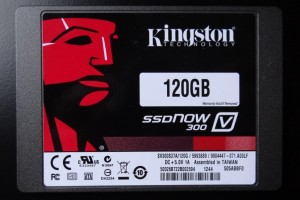 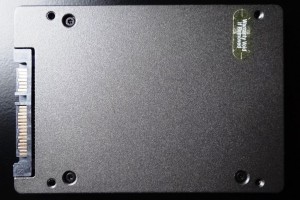 The exterior casing protects the PCB which houses the SandForce SF-2281 flash storage processor (FSP)and 16 modules of Toshiba’s brand new 19nm 8GB MLC Toggle Mode NAND flash memory.  Following recent trends in the SSD industry, Kingston has rebranded the FSP and memory with their own branding.  This is actually the first time we have ever seen such with the LSI SandForce FSP. 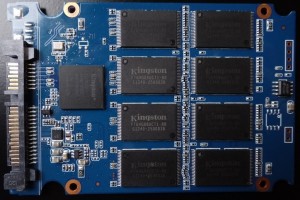 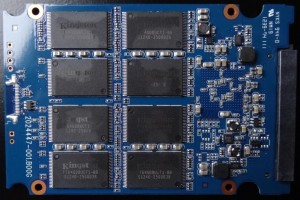 There is actually 128GB of total NAND flash memory displayed (16x8GB), however, 8GB are reserved for SF over provisioning needs which explains the 120GB advertised capacity.  Once formatted, only 112GB of available capacity is available to the consumer. 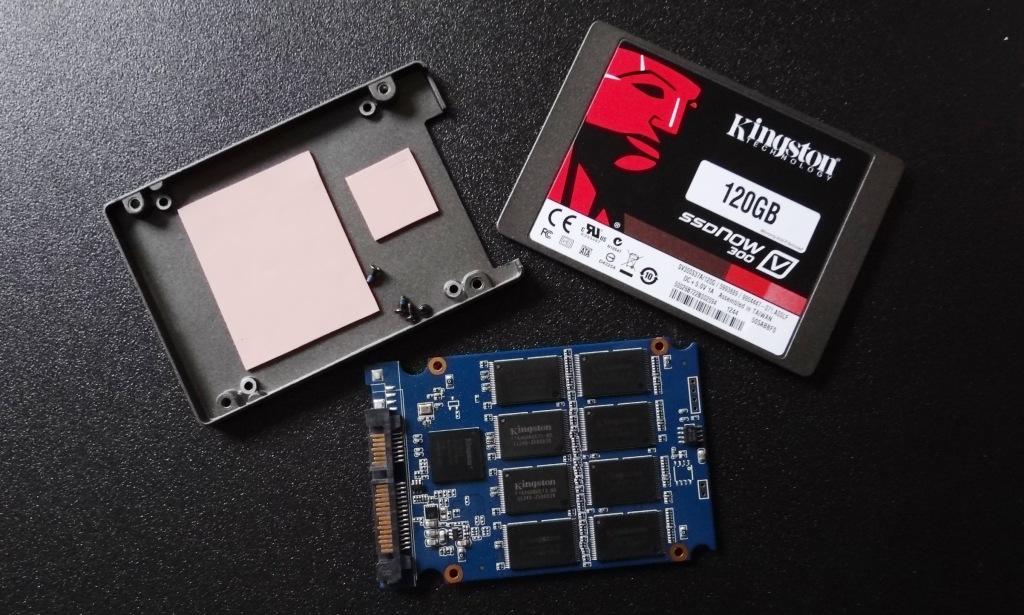 If you look closely at the memory on the back of the PCB, you will notice a residue left on each.  This is the result of the pink material shown above that both increases the shock absorption of the SSD, as well as dissipating heat to the exterior of the drive.