Enterprise-class SATA SSDs are offered by nearly all the big name SSD manufacturers in the market. We have had quite a few pass through here from SanDisk, Samsung, Micron, and Toshiba recently, but it has been over three years since we last fully examined an enterprise-class Kingston SSD…key word here, fully, as we just released a simple enthusiast report of the Kingston DCP1000, however, our full report will be out soon. Today, we have in our hands on one once again, their latest SATA data center product, the DC400. Packed with 15nm MLC NAND and powered by a Phison S10 controller that is programmed with enterprise-class features, Kingston states that the DC400 will help to “deliver consistently low data access times under steady state workloads.” 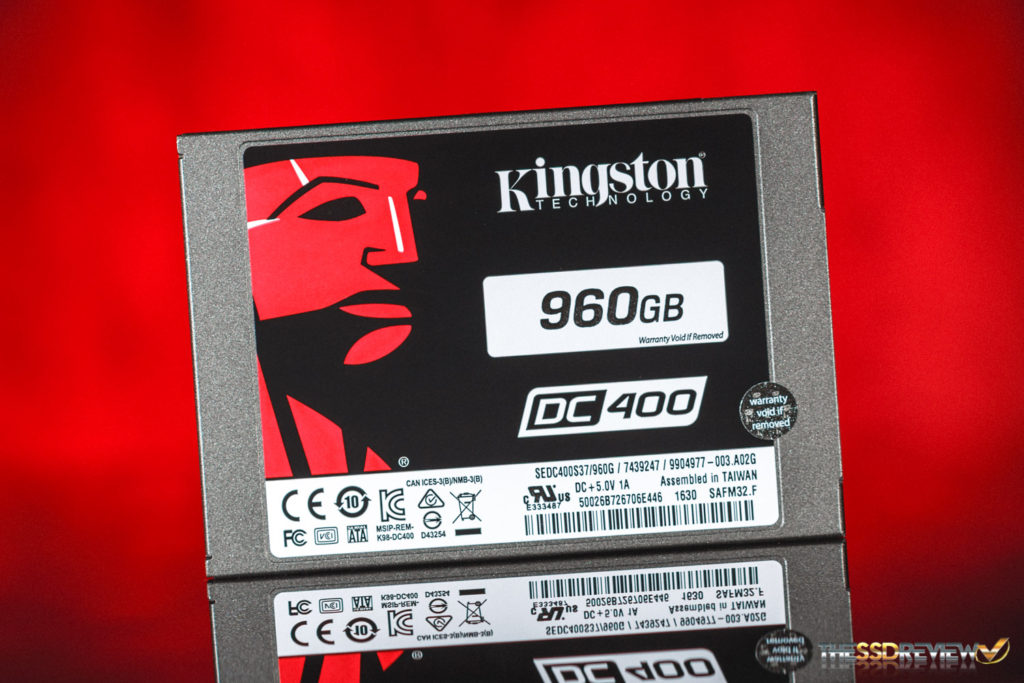 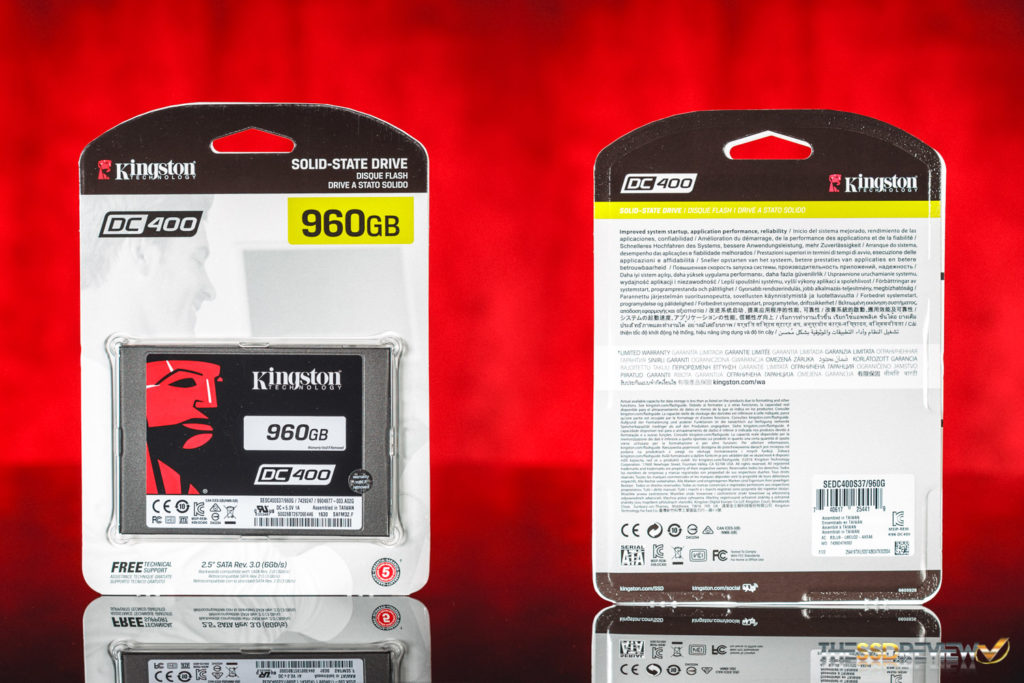 Looking at its reliability ratings, the DC400 has an MTBF rating of 2 million hours and an UBER rating is not listed, but QoS is rated for: Read/Write <400µs/<4ms (99.9%). It features end-to-end data path protection, SmartECC, and SmartRefresh to keep your data safe as well as firmware-based Pfail helps to reduce the possibility of data corruption on ungraceful power-off with firmware-controlled power loss management. It is also Hot-Plug capable. Power consumption is rated for 1.56W idle and 1.6W average, 1.8W for max read, and 4.86W for max write, depending on capacity and model. The operating temperature’s range is 0-70C, it has an MTBF rating of 2 million hours, and it is covered by a 5-year warranty.

Furthermore, you can utilize Kingston’s Storage Manager to monitor the drive as well as reconfigure the over provisioning, such as we have for testing in today’s review. In addition to this, the enterprise SMART tools features reliability tracking, usage statistics, life remaining, wear leveling, and temperature monitoring. 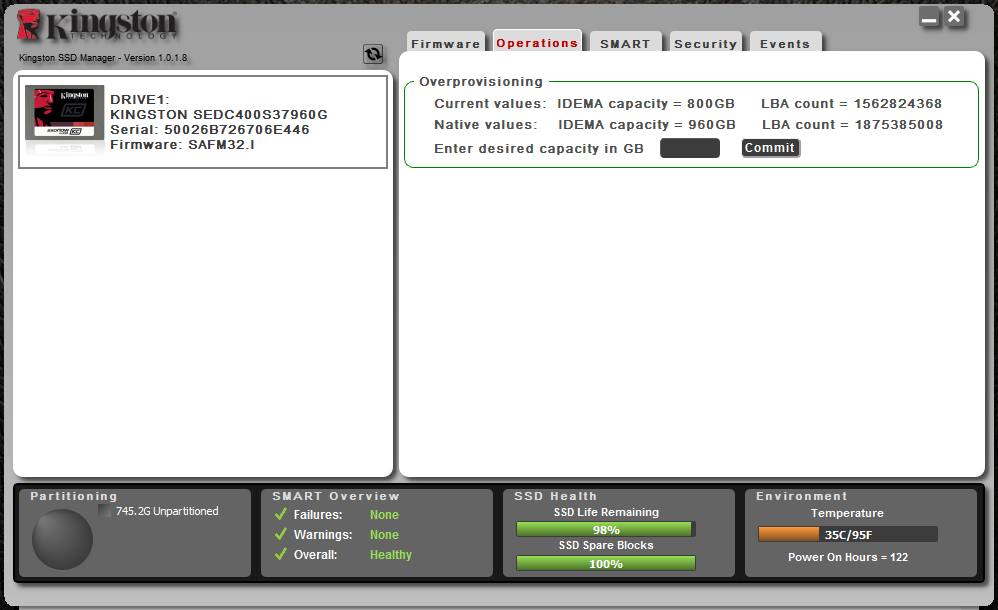 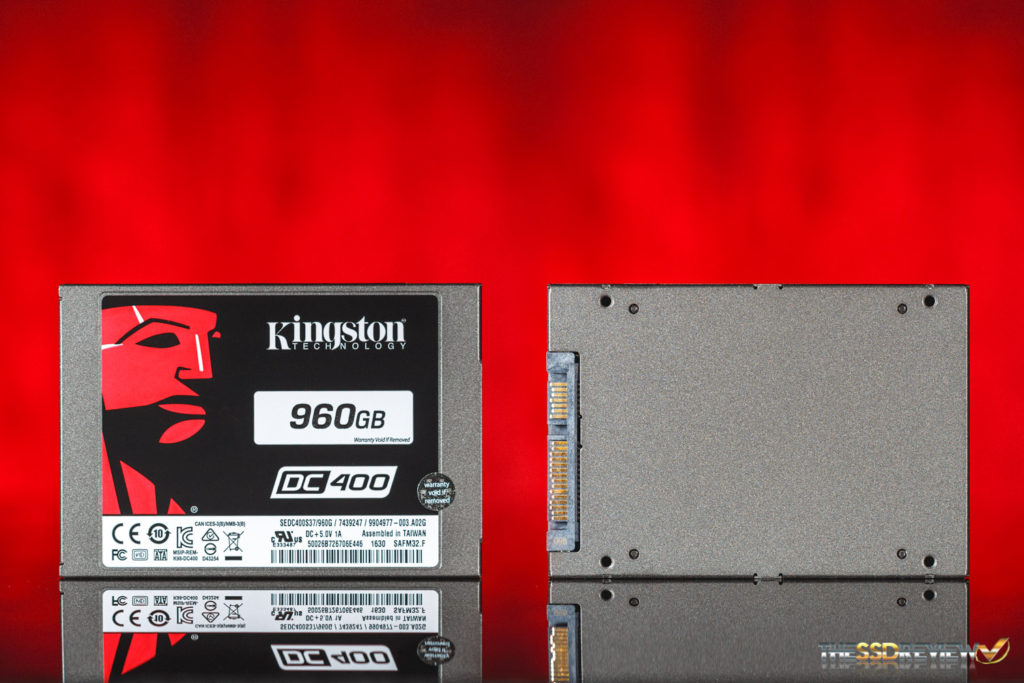 Our sample arrived in a blister pack with the drive’s capacity and form factor shown on the front while the back side lists some marketing points and compliances in multiple languages. The exterior of the Kingston DC400 is similar to many other SATA 3 SSDs. The light weight metal enclosure is 69.9mm x 100mm x 7mm and the SSD weighs in at up to 92.34g. 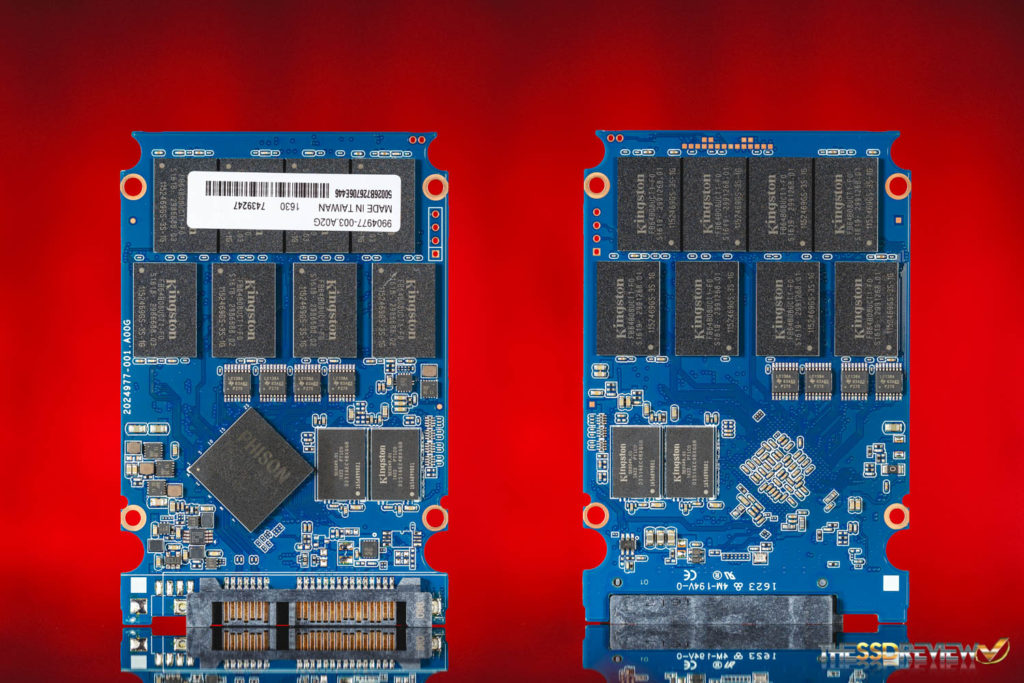 Inside we see that our 960GB model contains sixteen NAND packages, eight on each side, as well as four DDR3L-1600 DRAM packages, two on each side. The NAND is packaged by Kingston and is 15nm MLC. Each NAND package is 64GiB in capacity. Once the 960GB model is formatted the usable capacity is 894GB. 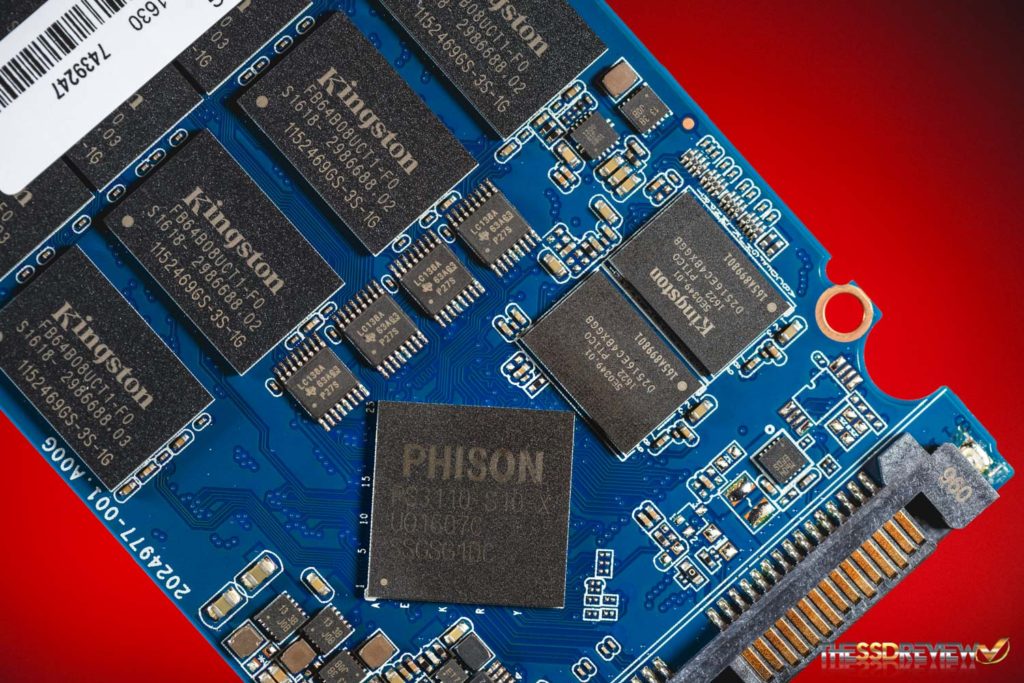 At its core is a Phison S10 controller. This controller has been a great choice for many consumer SSDs we have tested in the past, but will it hold traction in the enterprise arena? Continue on to find out!

Edited it out for ya since I seem to use it too much for your liking, haha.

I think it was our E-I-C that didn’t care for it, lol!
Otherwise, for me it would be “Pot, meet Kettle!”

How do you call MLC flash and sequential reads at 560, and writes at 525, entry level for
sata 3? And if you overprovision it to 800 it now beats out its competition in other categories besides sequential. This sounds like it’s a lot better than entry level for sata 3?

I’m referring to it as entry-level due to it’s total performance as well as endurance and price-point in product line-ups in the enterprise market. Compared to other read-oriented SATA SSDs the Kingston at the same capacity typically offers the least performance and lowest endurance in comparison to other similar classed <1 DWPD products and it doesn't have power caps on it in case of a power outage liek others do, simply firmware protection instead. Thus, in comparison, this why I am referring to it as an entry level product. Once you move onto 1-3DWPD SATA SSDs you are now dealing… Read more »

I see said the blind man.