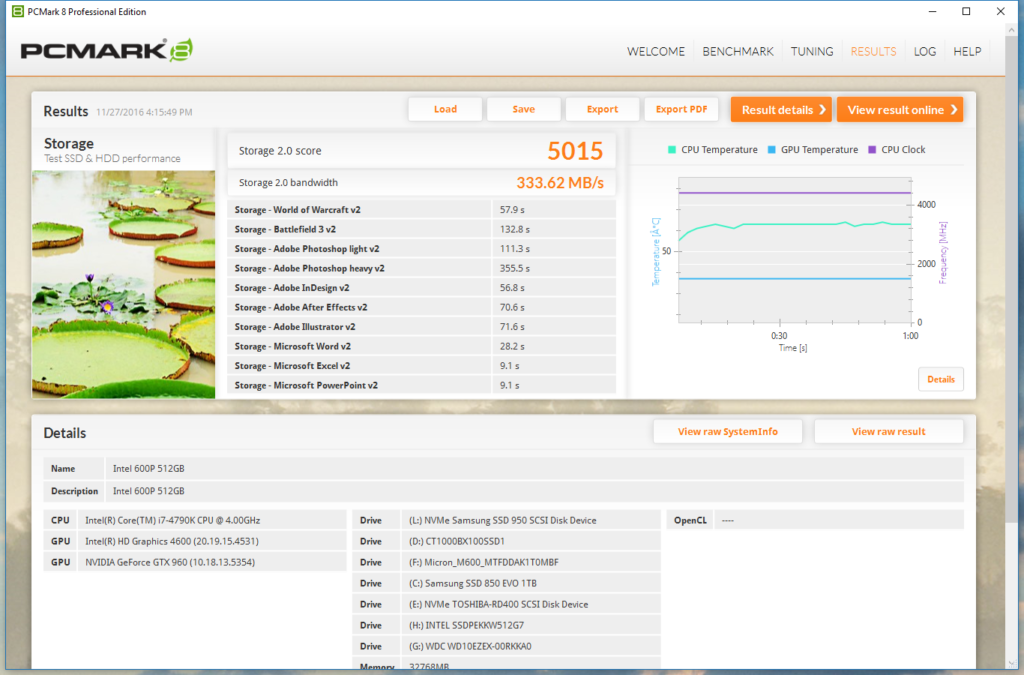 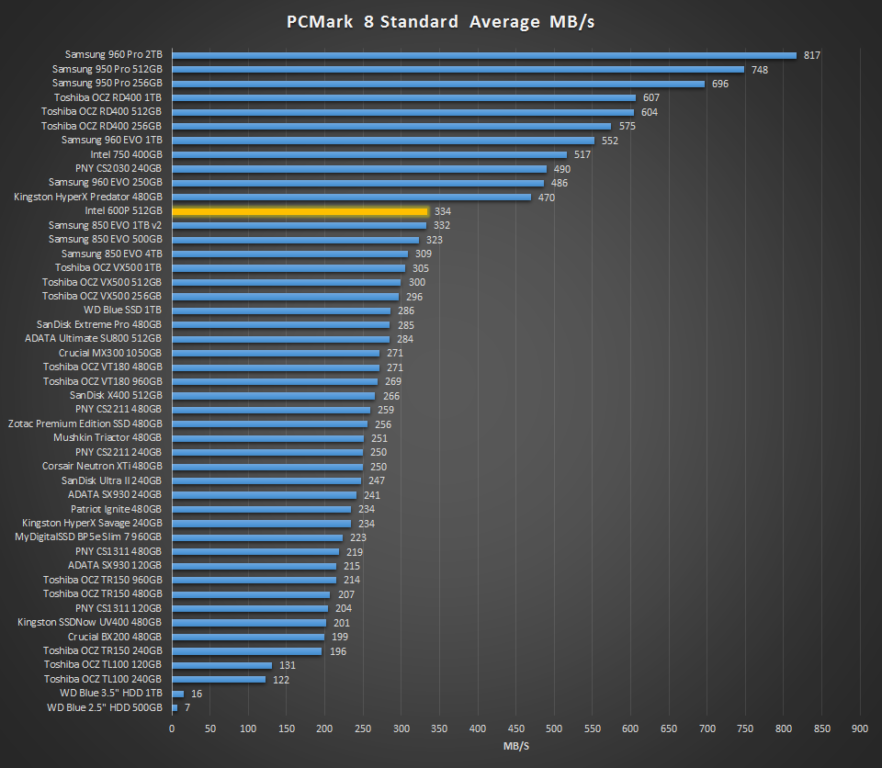 This score places it just above every SATA SSD and just under every PCIe SSD on our comparison list. The 600P just barely beats out the Samsung 850 EVO and this result solidifies the 600Ps market ranking. The Kingston HyperX Predator’s 1GB/s write performance seems to give it quite the advantage over the Intel 600P in this test even though its read performance is capped off lower at a lower result of 1.4GB/s.

After many grueling rounds of testing in PCMark 8’s consistency test, we can see that its performance profile is similar in shape to that of the 250GB Samsung 960 EVO. During the heavy workloads (degrade and steady state rounds) the Intel 600P’s performance is far behind its PCIe bothers. Once the recovery stages come in, however, the Intel 600P is on par with the competition. Therefore, we wouldn’t recommend this drive to anyone who wants to use it for heavy media creation or write workloads. In most everyday, normal desktop/laptop use cases, however, PCMark8’s normal storage suite and the extended recovery results prove it is a good buy performance wise.

Passed my first test-At least 8K-IOPS-QD1.
Failed my second-Must write 200+ after buffer
can’t have it bottleneck my spinning rust.

The ATTO results make sense as the 600p doesn’t have a controller that supports direct to die algorithm to relieve the bottle neck that occurs once the SLC cache is full. That being said very few program reads, go above 128K in windows. So, everything past that is just large file transfer, and really inconsequential in day to day compute performance outside of OS install.

[…] Intel’s 600p and Professional 6000p are the one drives impacted at the moment. Picture by TheSSDReview […]