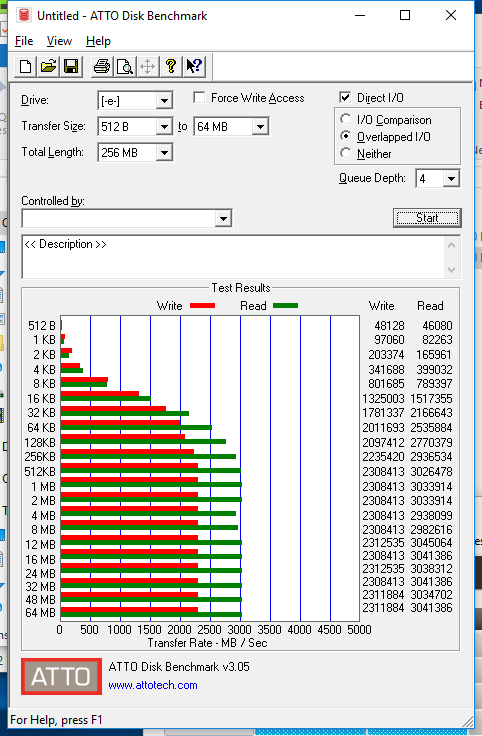 Initial results with ATTO are similar to that of the MP500, however, write performance is slightly lower. For reads, we got the rated 3GB/s, but for writes, it reached just 2.31GB/s. 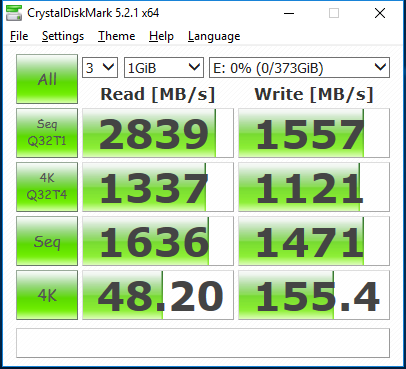 Utilizing Crystal Disk Mark now, the Corsair NX500 displays, again, similar results to that of the MP500 and easily achieves its rated spec of 2.8GB/s read and is just shy of 1.6GB/s write. 4K performance comes in at 48MB/s for read and 155MB/s for write. 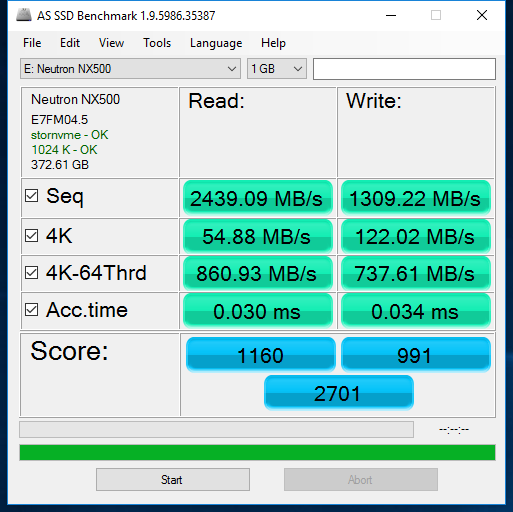 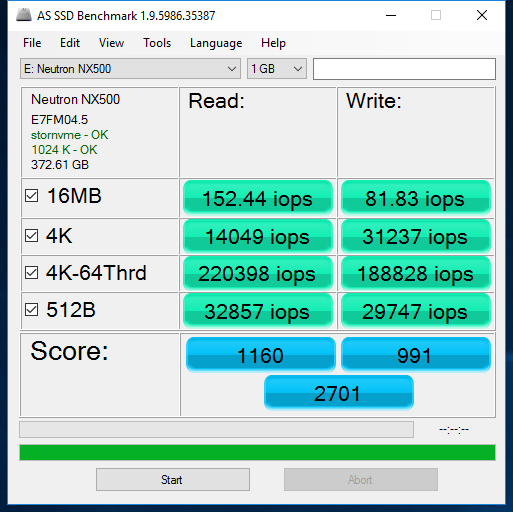 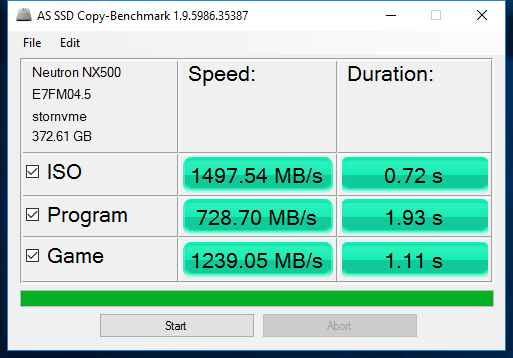 Looking at AS SSD we can see that the NX500 achieved an overall score of 2701. Sequential performance is better than that of the MP500 here, but overall, it is slightly lower. During the Copy Benchmark, the NX500 beat out the MP500 in the ISO and Game categories. 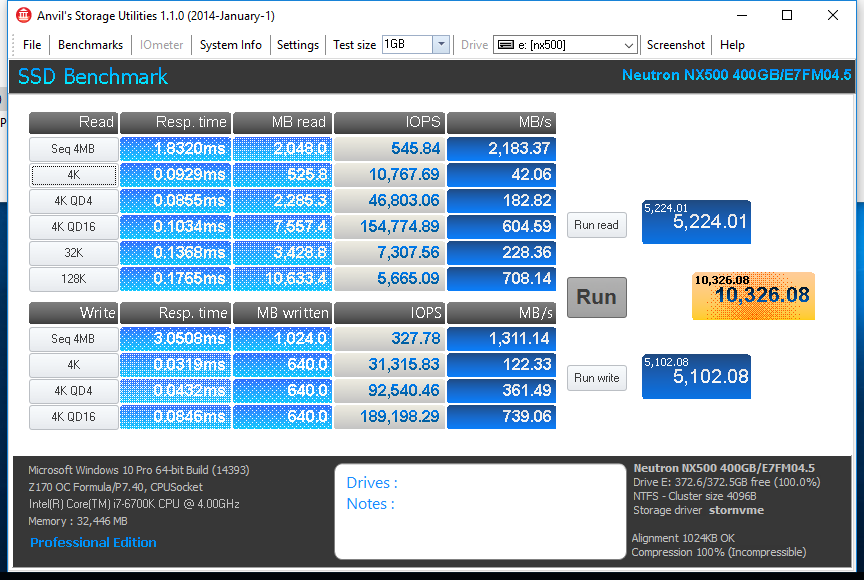 I think you are being too kind. An extra $100 for a 400GB drive that performs in the middle of the pack is closer to extortion than a tax.

Seriously, for $210 you can buy a BPX 480GB drive or similar with a cheap heatsink and for the extra $100 saved buy a decent hard drive for archiving needs.

Guys could it be possible to have a dropDown in the reviews so you know where to go (with article sections like other websites do) instead of clicking through the pages to find crystalMark tests for example ?

Thank you for the time you spent for this review. As usual I enjoy all your reviews. As far as I can see from the numbers this particular drive makes no sense in the market. At an incredibly hefty price for the cooler and the extra onboard circuit components the performance is at best on par with MyDigitalSSD BPX 480. I do not own a BPX 480 but from other reviews I read its controller runs hot. So for an extra $10 one can purchase a heatsink for it for a net price of about $210. The drive is 480GB… Read more »

I concur. The BPX is still a much better value and as you stated. You can get some cheap heat sinks to keep the controller nice and cool for a much cheaper price. It is one of my favorites out atm. It just isnt as good looking at something such as this, NX500, which to some people, matters more.

“Furthermore, with no significant performance increase, as seen in our multiple benchmark results, it is hard to quantify performance as a value proposition for this over other E7 SSDs.

What we can say, on the other hand, is that this drive definitely has its place in the market thanks to its combination of both looks and performance”

So you mean it has looks?

The performance it delivers is still very good…more performance than what most will ever need. Whoever buys it will simply be focused more on the brand or looks rather than top performance.