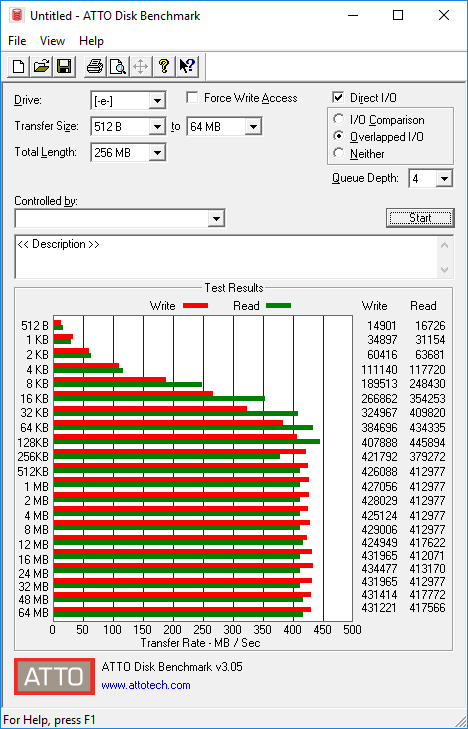 Our first results are very good, almost in line with the listed read/write speeds of up to 440 MB/s – the lower results could be attributed to the usage prior to us obtaining the drive.

Crystal Disk Benchmark is visually straightforward and is used for measuring the speeds at which your storage device reads and writes in both compressible (oFill/1Fill) and random, mostly incompressible, data. Random data is more consistent with the everyday use of a computer, such as transferring videos, pictures, and music. We run the benchmark twice, using oFill data first, and then proceeding to test with random data. Since results typically return with nearly identical scores, we only include the results for random data samples. 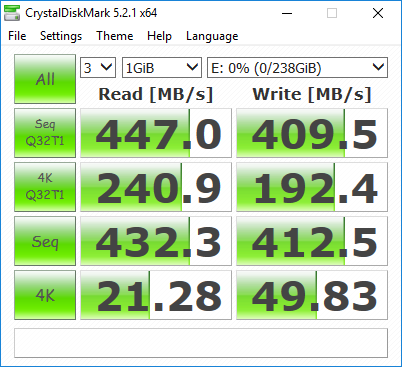 AS SSD Benchmark uses incompressible data in their testing of SSDs, essentially providing results that would be consistent with using the heaviest workload, thus lower speeds are expected. Transfer speeds (MB/s) are seen below: 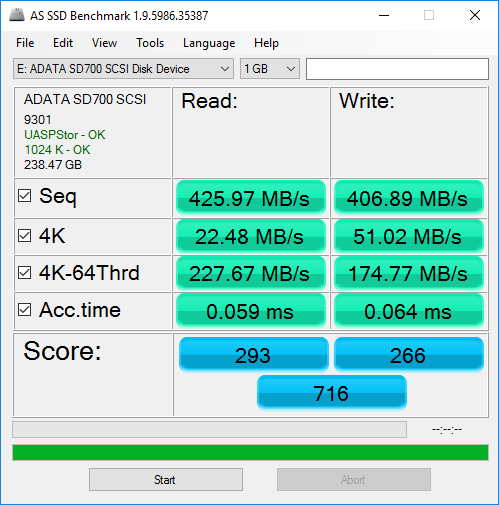 Another interesting feature of the AS SSD Benchmark is that it also can test durations and speeds of copying various files, this is an important test for our digital media professionals who require top transfer speeds. 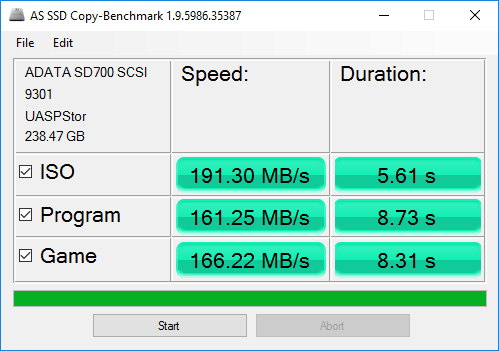 The ADATA SD700 is performing well – for a used device – again almost reaching the max read/write speeds, and pushing out some decent transfer speeds. 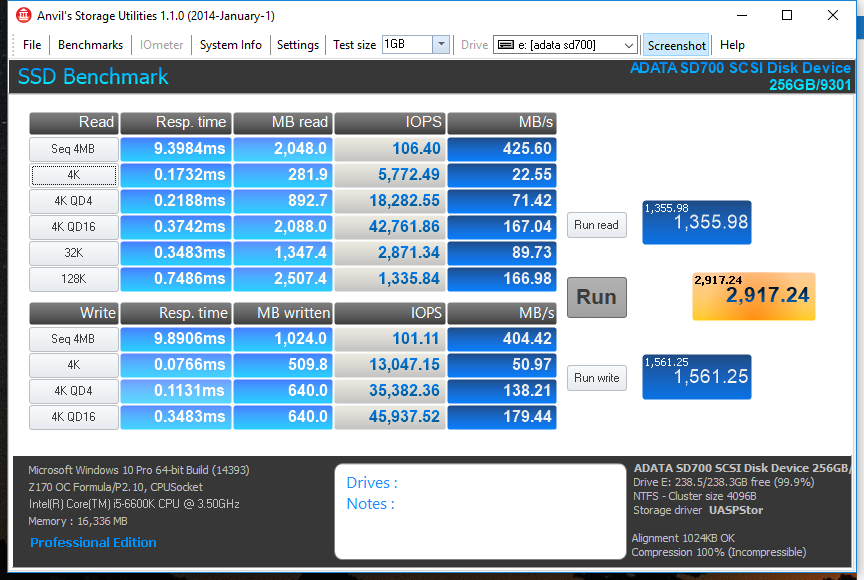 Very nice and good compatible hard drive devices size and work efficiency both are met and made through the market requirement such a good product.