If there is anything that has become apparent in the flash industry, it is that smaller is better.  The smaller the memory footprint; the more we can store in a given storage device.  A great example of this has been seen with microSD cards as well as the more typical iPhone where we can now find storage of 128GB which will be much higher soon enough.  Enter the Toshiba BG… 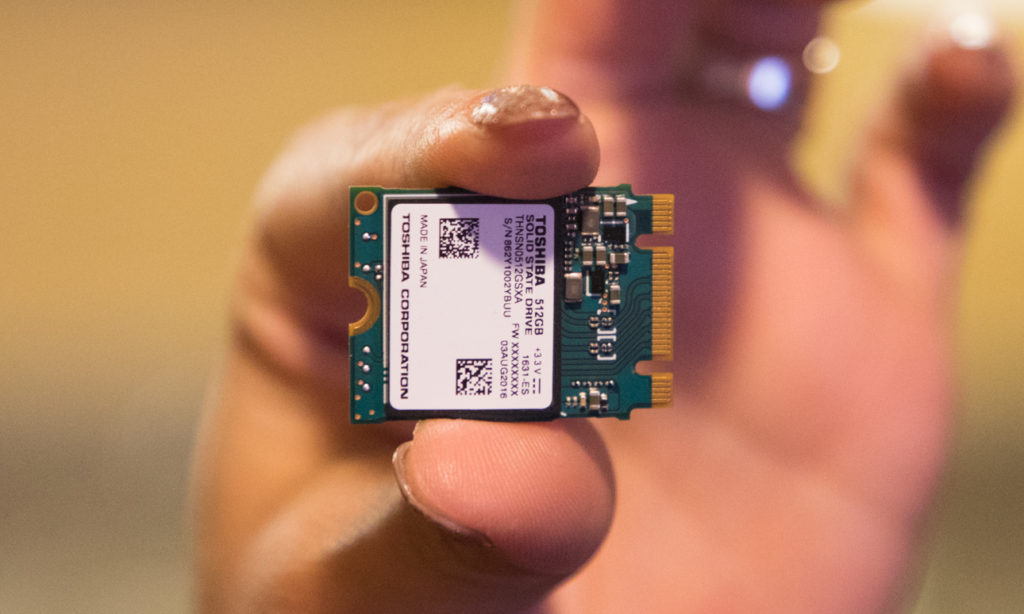 Today at CES, we visited the Toshiba suite and had the opportunity to see their BG Ultra Mobile SSD in use first hand.  Roughly the size of an SD card, yet a standard fit for M.2 motherboards, this SSD can hold a massive 512GB of data and performs at stealth NVMe speeds, although Toshiba was not ready to discloses just how fast it is running at just yet. Next gen memory will double the capacity of this SSD to 1TB before long. 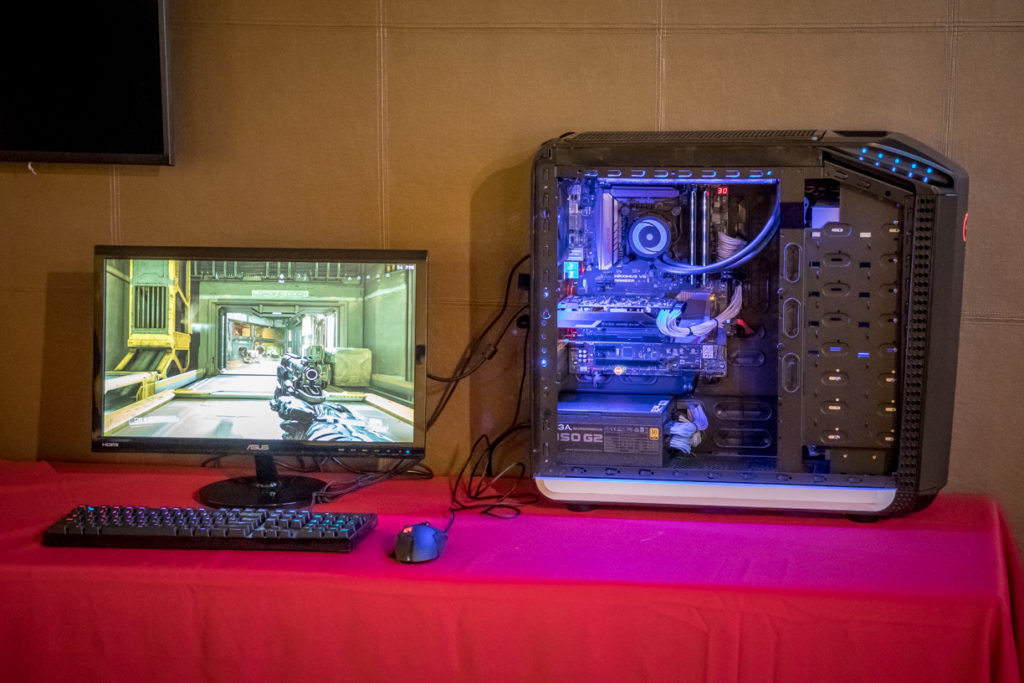 Measuring in at 16x20mm, this NVMe SSD is the smallest of its kind. It uses Toshiba BiCS flash memory, is TLC meaning 3 bit per cell, and occupies the PCIe Gen 3×2 lanes using NVMe 1.2 protocol.  Although this SSD is designed for ultra mobile notebooks and tablets, we can see so much more that it would fit right in without issue.  It makes us wonder just how long before we see the memory integrated right into the motherboard! 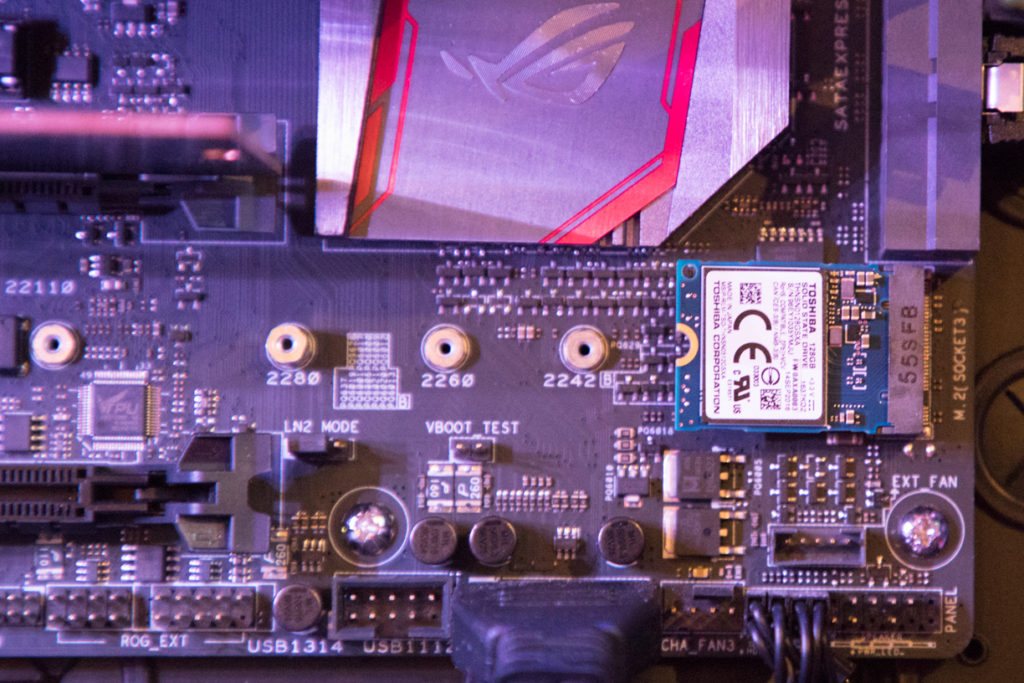 As usual, it was great spending time with Alex and the Toshiba family this year at CES in Las Vegas. 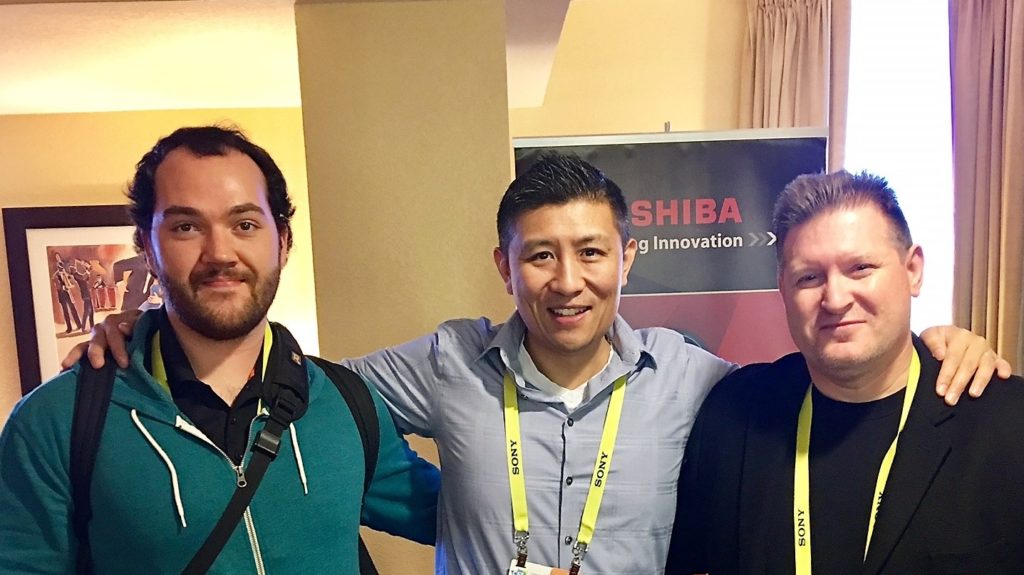 Expecting to see in the mobile with such a huge capacity

So smart,
and yes, memory integrated right into the motherboard!
Very smart